In tough budget times, retirees must take a hit

Big-ticket fiscal reforms that have limited economic impacts are few and far between, a new Grattan Institute report shows. And the ones that exist aren't politically palatable. 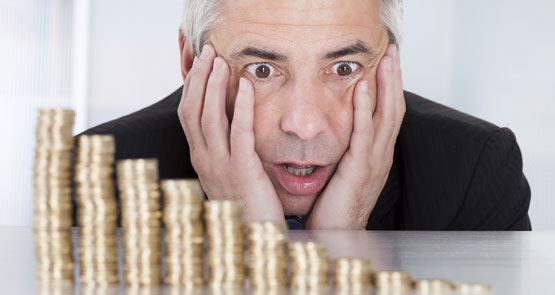 If you accept the assumptions and follow the logic of the Grattan Institute’s new report on balancing the budget over the long term, it’s difficult to avoid coming out right where author John Daley comes out: hitting retirees and those near retirement much harder than we currently do.

In simple terms, the report’s argument runs like this: to address our structural budget deficit, we need some big savings or new taxes. They need to be big because governments only have so much political capital and capacity. Trying to do too many little things at once, rather than a small number of big things, means governments are less effective at achieving reform. And we need big savings or new taxes that have minimal economic impact and do the least harm to those who can least handle it, the lowest quintile of income earners.

Forcing people to work longer and taxing superannuation at higher rates will have minimal economic impacts, provides a double fiscal benefit and might even improve participation and lift economic growth. It will mainly affect higher-income earners, because we’ve suffered a political blind spot that has meant we’ve tended to be more generous toward retirees than everyone else in our fiscal decision-making. And it’s the over-50s and older Australians who are driving the big increases in health spending. So the over 60s are it.

How much people agree with the report’s assumptions is likely to vary. It makes the correct point that rising health expenditure is not being driven by an ageing population but by our choice to use new medical technologies and pharmaceuticals — as the example of Canada from the 1990s illustrates, governments can cut health spending if they need to.

But in emphasising the impact of new spending initiatives like the NDIS and the Coalition’s paid parental leave scheme, Daley and friends fail to sufficiently identify how the revenue environment has changed since the financial crisis: we’re now looking at three successive years in which tax revenues have been overestimated because of factors like our greater reliance on more cyclical revenue sources like corporate tax, the stronger Australian dollar, low inflation, higher savings rates and the shift to GST-exempt consumption and strong mining investment.

Either way, however, we’re left with the problem of how to get back to a balanced budget. The Grattan strategy of a few big-dollar reforms is an implicit rebuke of Labor’s approach of trying to do a lot of smaller impact things — a running complaint is that the Rudd government in particular tried to do too many things rather than focusing on a small number of big projects. However, the report also suggests relying on a Commission of Audit, particularly a rushed one, won’t be much good either.

But targeting older Australians is an unpalatable argument for politicians given that they are the fastest growing segment of the electorate. Both sides of politics prefer to look for politically easier targets, those less articulate, less engaged in the political process, those with less organising power. That’s why single mothers and Newstart recipients got it in the neck from Labor as part of its efforts to curb spending. But Labor also went after middle class welfare (albeit not as diligently as many thought it should), middle class tax scams like the FBT novated lease rort and generous super tax concessions for the wealthy. The Coalition so far has only shown a liking for going after low income earners; it’s even baulking at its promise to slash public service numbers.

The problem the report identifies is that there aren’t that many other politically palatable but high-benefit options. Dumping the capital gains tax exemption for the family home — political suicide anyway — might raise significant revenue if not accompanied by deductibility for mortgage interest payments, but would have significant economic costs as people hung on to their houses rather than sell them to move for employment or downsizing reasons, and first home buyers bought homes as big as possible so they wouldn’t need to up-sell in the future. Eliminating the current CGT discount rates would be more beneficial but would only raise limited revenue. Similarly, abolishing negative gearing would be economically worthwhile but not raise that much revenue. Extending payroll tax might worsen unemployment. Slashing “middle class welfare” won’t generate significant savings, nor will punitive public service cuts.

There are some politically, economically and fiscally worthwhile proposals remaining: contrary to the “infrastructure deficit” proponents, the report says we are spending more on infrastructure than ever before and not necessarily getting value for money — we could save $6 billion a year if we cut spending. Slashing industry handouts (including defence spending) could generate substantial savings with minimal economic impact. Widening the GST not just to food but to some exempt areas like health and education could generate around $13 billion a year for the states, though it would need to be offset with welfare measures for low income earners.

Changes to the GST of course are off the agenda after the Coalition caved in to Labor’s scare campaign during the election. And Tony Abbott wants to be an “infrastructure Prime Minister”, whatever that is. He also wants to boost defence spending. Trouble is, after those three, you start rapidly running out of good options. Especially if you don’t want to upset older voters.

Maybe if the libs did things like make the big polluters PAY rather than BE PAID, scrapped their ridiculous paid parental leave, kept/improved the mining tax, and made high income earning super funds pay more tax that could all help – but I suppose that was just what those supposedly terrible economic managers the ALP would want you to believe.

On increasing the pension age, I don’t have an issue with it as long as they couple it with increasing the super guarantee payment to 12% as the ALP wanted to.

I’m with Jimmy. The LNP’s over-generous middle class welfare and corporate welfare handouts to the detriment of older people is a big betrayal of the electorate.

Forcing people to work longer and taxing superannuation at higher rates as opposed to minimising other forms of pork-barrelling welfare like the paid parental leave and higher taxes on those who benefit from shared resources is indicative of where this governments priorities lie.

There are many professions where working past 60 becomes more difficult such as those requiring physical work. It is about time we looked at ways of making the economic system work for the people instead of for a small elite who benefit from these sorts of policies.

Bluepoppy – “over-generous middle class welfare and corporate welfare handouts” and this is from the Treasurer who wanted to end “the age of entitlement” – no wonder the polls show a slump – all those stupid enough to be fooled by the “debt & deficit” talk are now turning away from them.

On the ability of older workers, I completely agree, I wouldn’t want to be a plumber or bricklayer at 70 but that is why I said it don’t oppose raising the pension age if the increase super, it would still allow people to retire about the same time but would reduce the govt contribution to that retirement.

I reckon it should be “means tested” – depending on the work done – just how demanding is it?
Particularly when it comes to strenuous physical work.

Howard was an “infrastructure Prime Minister” – he “liberated” it to pay for “help yourself tax cuts”.

Klewso – It isn’t just the “physicality” – other more sedantry forms of work can be very mentally draining which would take it’s toll on a 70 year old.