School’s out, get your reports in. There’s only three weeks left until school holidays in Queensland, but it seems that teachers on non-permanent contracts have been sent packing early in a bid to cut costs for the Department of Education. Tips hears that teachers on contracts were told yesterday that today would be their last day and they were expected to have finished all of their final marking and report writing by the end of the day. We followed it up and got this statement from Craig Allen, Assistant Director-General, Human Resources at the Department of Education:

“Most secondary temporary teacher contracts cease two weeks prior to the end of the school year. This has been common practice for decades and is to ensure the best use of available resources, especially with no Year 10, 11 and 12 students in attendance. Some teaching contracts may finish today, depending entirely on the geographic location of schools which finish the school year a week earlier.”

The department says this is business as usual, but our tipster reckons it was very late notice.

Hockey’s bargain car leases. The former Rudd government’s proposed fringe benefits tax car concession changes for company cars caused a stir when announced in July, with salary-packaging companies and the auto industry slamming the plans. Treasurer Joe Hockey has already announced that the plan has been scrapped, but one tipster was surprised to receive this email from Fincar, a company that leases cars under the FBT concessions, titled “Tony wants to pay for your car”. The email is glowing about the new PM, continuing:

“Well, not the whole car, he hasn’t hit Oprah status. However, Tony Abbott’s new job title means great things for those of us who need and drive a car. Salary packaging the cost of a car known more commonly as novated leasing is an opportunity to have the taxman pay for a fair chunk.”

After spruiking its product, the email takes a final dig at Rudd:

“Nobody can predict the changes we may face in the future but one would have to ask, how many leaders in the Australian political landscape would be mad enough to align themselves with a Rudd policy, let alone a failed one.”

Our tipster was so annoyed with the unwanted politics that came with his car lease, he won’t be renewing.

Darker hair the only change? Former prime minister Julia Gillard’s interview with CNN’s Christiane Amanpour has caught Tips’ eye for more than just Gillard’s opinions on spying on friends. We’ve noticed that the famous red hair is looking considerably darker than usual. Has former first bloke and professional hair stylist Tim Mathieson been experimenting? Meanwhile, Tony Abbott’s hair is the subject of a fair few emails to Tips of late; is it being worked upon too? 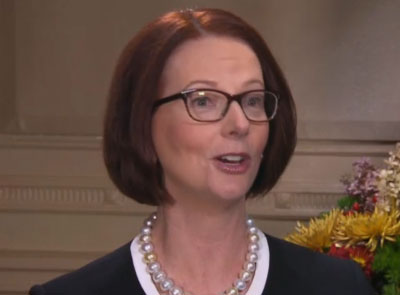 No drama at BRW party. On Wednesday we asked if there was any news from the knees-up to mark the end of the printed version of Fairfax business mag BRW, with a tipster telling us that some attendees were looking to settle old scores. BRW’s editor James Thomson (who formerly worked for Crikey’s owner Private Media) tells us, however, that there was no drama and “while a little sad, it really was a great celebration of the magazine’s terrific history”. Speeches were made by founder Robert Gottliebsen and departing publisher Amanda Gome, with about 75 in attendance at the Melbourne bar.

Do-it-yourself Movember. We’ve recovered from the lack of Movember participants among our pollies, and have decided to make it happen ourselves. Tips thinks that Greens Senator Scott Ludlam, whose magnificent hair is the envy of the Crikey bunker (and has its own Twitter account), would look lovely with a mo — and Photoshop agrees. Here are a few of our favourites. A project for next year, Senator? 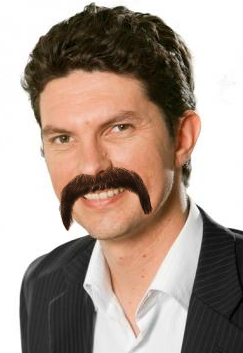 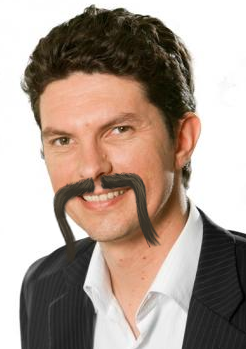 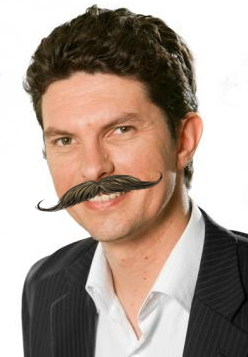 Since when does “the taxman” pay for anything?
He may redistribute taxes raised from the (rest of the) community – as “middle-class-welfare”?

It’s not the “Taxman” that pays for the car, it is the rest of the taxpayers in the country including the massive number whose income and job don’t allow them such privileges.

Hair colour of failed PM on CNN WTF. Will Crikey ever be inviting some discussion on the contrast between the way other world leaders are reported when they come under police investigation. Compared to the fear demonstrated by much of main stream media, when news of the Victorian Police Fraud Squad executing a warrant in May 2013 on publicly listed law firm Slater and Gordon which named our Prime Minister, in relation to her partnership work creating a “slush fund” for Mr Bruce Wilson and her conveyancing work in the purchase of “that house” ? Edward James