The NSA decided that it would breach an agreement not to spy on its closest allies like Australia, Edward Snowden has revealed -- while journalists quarrel over national security. To what extent should the media play gatekeeper on classified material? 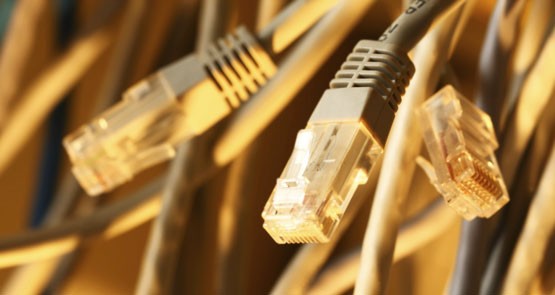 Virtually unnoticed amid the ongoing drama of the Indonesian spying saga (and the silly focus on some robust Australian humour from Mark Textor) was one of the more disturbing revelations from Edward Snowden, reported yesterday by The Guardian and the UK’s Channel 4.

A 2005 NSA document reveals that the United States had decided to unilaterally abrogate the long-standing agreement between “Second Party” or “Five Eyes” countries — the UK, the US, Canada, Australia and New Zealand — not to spy on each other’s citizens. The issue arose in the context of a deal with the Blair government to formalise certain types of spying on UK citizens where they were incidentally caught in the NSA’s surveillance net.

“This agreement has evolved to include a common understanding that both governments will not target each other’s citizens/persons. However, when it is in the best interest of each nation, each reserved the right to conduct unilateral COMINT (communications intelligence) action against each other’s citizens/persons. Therefore, under certain circumstances, it may be advisable and allowable to target Second Party persons and second party communications systems unilaterally …”

The document is marked NF, meaning it must not be shown to foreign nationals regardless of their clearance — and the reason why is obvious. It demonstrates that the NSA was happy not merely to spy on important US allies like Germany — defined as “Third Party” countries, but on the other members of its own elite English-speaking circle of intelligence-gathering.

The document goes on to outline processes for authorizing communications surveillance on Five Eyes countries and how to distribute information obtained from it — which is never to be revealed to foreign nationals.

The revelation begs the question of what safeguards our intelligence and law enforcement agencies have in place to prevent unauthorised NSA espionage in Australia or on Australians. The document specifically envisages a scenario in which the NSA has approached a Second Party country to “collaborate” and been rebuffed, meaning local intelligence authorities don’t believe surveillance is warranted.

The new revelations come as the Australian mainstream media snipe at each other over the Indonesian spying material. Today Fairfax, via Gay Alcorn and Richard Ackland, hit back at News Corp outlets over criticism of the ABC and The Guardian for revealing the phone-hacking of Indonesian President Yudhoyono, his wife and other members of the Indonesian political elite.

News Corp, of course, knows a thing or two about phone-hacking itself.

“That points to the broader issue here of the extent to which mainstream media outlets, upon obtaining classified material, are willing to play gatekeeper on it.”

It’s true, yes, that News Corp appears to regard national security journalism as not about revealing things that people in power don’t want you to know, but as a means of hyping the War on Terror. The Australian’s idea of a national security scoop, for example, is to spruik counter-terrorism raids so enthusiastically it almost tipped off the targets. That outlet, via former spy Cameron Stewart and the laughable Neolithic-con Greg Sheridan, have repeatedly vilified Snowden for his revelations of such extensive law-breaking by the NSA that even the most ardent national security figures in the US Congress agree it needs to be reined in.

Indeed, such is News Corporation’s slavish adherence to the principles of a national security state that when the hated Obama administration used its surveillance powers to spy on Fox News’s senior Washington correspondent in relation to a national security story, the company appeared to withhold the information from Fox News — a decision possibly related to News Corp’s fear that the Department of Justice may be preparing a case relating to bribery of UK officials.

News Corp isn’t the only company with this problem. The New York Times continues to struggle with the tension between its instinctive desire to allow national security officials to vet classified information it has received, and its alleged role as a watchdog on government. In a remarkable admission, the NYT’s former editor Bill Keller recently claimed that he still believed it was appropriate for the paper to quash revelations about the extent of the surveillance of American citizens in 2004 at the request of the Bush administration. The Times’ self-censorship was a key reason why Snowden went elsewhere with his documents.

The Times also took the WikiLeaks diplomatic cables to the State Department, allowing Foggy Bottom bureaucrats to censor them before publication — in fact, Keller boasted about it. The main reason the NYT allowed this was because it didn’t want to cut off the supply of classified information from insiders that the paper thrives on — US governments are happy to reveal plenty of secret information, as long as it serves their own political interests.

That points to the broader issue here of the extent to which mainstream media outlets, upon obtaining classified material, are willing to play gatekeeper on it. In Alcorn’s piece she made the peculiar statement “in this digital age, would-be whistleblowers don’t even need the filter that an established, credible media organisation can bring to such a swath of documents … With the WikiLeaks documents relating to Australia a few years ago, it was Fairfax that provided that filter.”

Not true. In the case of the WikiLeaks documents, Fairfax initially refused to release the cables at all — despite virtually every other media organisation in the world participating in the cables publication doing so, to enable readers to make up their own minds. It was only after constant pressure and criticism from other media outlets that Fairfax reluctantly reversed this shameful decision. Astonishingly, Fairfax’s editor-in-chief at the time actually admitted that Fairfax was holding onto the cables because publishing them “would be to give access to our competitors in the local market”.

So Fairfax’s record when it comes to playing gatekeeper — or filter, if you prefer that term — is patchy at best — and demonstrates, as the NYT WikiLeaks example does, the extent to which self-interest motivates gatekeepers every bit as much as abstract concerns about the national interest.

Bear in mind, too, that Julian Assange approached the State Department himself and invited them to confidentially identify possible risks to individuals — an approach that was rejected by the Americans (possibly, as it turned out, that they couldn’t identify any actual harm that resulted from the cables).

The Guardian, The Washington Post and others have also sought to give governments an opportunity to make their case about the harm that might result from publishing the documents of Snowden, and in some cases redacted material — sufficiently so that journalist Glenn Greenwald has been accused of playing gatekeeper on the material himself.

Media companies need to earn their readers’ trust if they play gatekeeper — which means being transparent about their vetting processes and what role they allow government officials to play, and accumulating a record of erring on the side of disclosure. After its performance on the WikiLeaks cables, Fairfax doesn’t have that trust.

Still, at least they’re not News Corp, where mindless cheer-leading for national security and surveillance is what passes for journalism.

” It’s true, yes, that News Corp appears to regard national security journalism as not about revealing things that people in power don’t want you to know, but as a means of hyping the War on Terror.”

This business of the MSM playing gate-keeper and cheer-leading on matters of national surveillance and data retention ( by lack of coverage ) has it’s beginning with the cIa and project ” Mocking Bird ” post world war 2.

It was then that the cIa began recruiting carefully selected journalists from major mast-heads to do their bidding and represent their secret agenda’s both nationally and internationally.

There are folk at the Oz and other major local papers that certainly fit that mould.

United States had decided to unilaterally abrogate shock horror, say it ain’t so!
Well has amerika been described as treacherous as an ally and faithless as a friend, I think by Golda Meier, said by Dr K to be “the best man in the Israeli government”.
Could it be something to do with the two most pernicious lies they tell themselves, Manifest Destiny and Exceptionalism?

My concern with spying on citizens is the blackmail potential for the same citizens to be coerced into doing or not doing something.

Really, what’s the use having 70% of the viewspapers in a country if you can’t own 70% of the hypocrisy?

After what Cronkite and others did, leaking reality back home, about what was going on “over there”, the government had to engage someone they could trust to “manage news” thereafter – enter FUX News?