A loophole that allows the same person to serve as the registered officer for more than one political party is likely to be closed.

The Greens and Labor will move to ban the same person from overseeing more than one political party as potential members of the powerful Joint Standing Committee on Electoral Matters (JSCEM) begin to sketch out the terms of reference for its highly anticipated election post-mortem.

Crikey revealed in August that a swag of microparties in several states were being overseen by the same group of fringe political players.

Under questioning from Rhiannon in Senate estimates this week, Australian Electoral Commission legal eagle Paul Pirani said there was currently no legal impediment under the Electoral Act to prevent the same person serving as the registered officer for two or more outfits. Pirani suggested that JSCEM could look into the issue when it convened in the new Parliament. 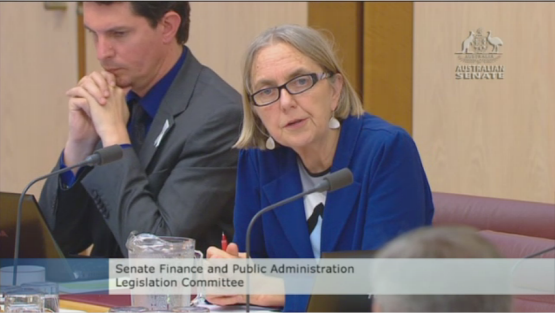 Leyonhjelm, elected to the Senate after thousands of NSW voters confused his party’s name with the Liberals, was the registered officer of both the Outdoor Recreation Party (Stop the Greens) and his own Liberal Democrats. Leyonhjelm posted on Facebook that he was also handling preferences for the Smokers’ Rights Party. Those three and the Republican Party all preferenced each other according to strict merry-go-round principles.

Rhiannon told Crikey this morning  the Greens were “certainly going to take this up. What’s happened with this Senate election is that the integrity of the result is under a cloud, and the Greens see this as an important issue.”

Griffin confirmed that while JSCEM members were yet to be appointed, “this particular issue does seem like something we will have to look in to look into … There’s a range of things to look at with the minor parties.”

But Leyonhjelm dismissed the bid, telling Crikey that “if that’s the worst that they do then I’m not at all bothered by it”.

“At the end of the day the registered officer doesn’t do anything other than sign the nomination form and the group voting ticket. So it makes no difference if you sign them for one party or for two. The voters make their own decisions — they don’t even know who [the registered officer] is, so it doesn’t have any have any effect.”

Prime Minister Tony Abbott has vowed to back a JSCEM probe to review confusing Senate ballot papers that allowed microparty activists to be elected despite achieving only a small fraction of the total first preference vote. Rhiannon said that she would work to fast-track the committee’s agenda, as investigations can sometimes stretch for years.

I’m not sure what’s worse ie: having several unrepresentative senators elected with a near-negligible percentage of votes or having the usual major party suspects with stale ideals/ideas.