Despite looming job cuts, the public servants attending this week's Institute of Public Administration Australia conference were upbeat about the future, and about prospects for sweeping reform, writes Stephen Bartos. 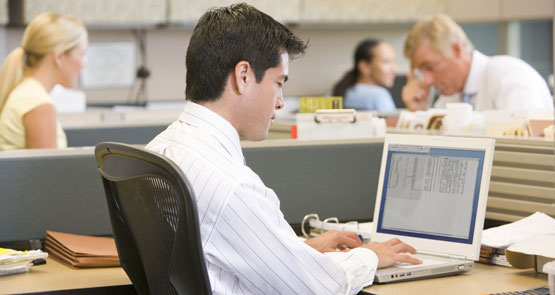 The head of the Prime Minister’s department Dr Ian Watt yesterday told a national conference of public servants that the fiscal environment was tight and would get tighter for at least the next decade. The warning came on the same day it was revealed the Australian Taxation Office was shedding 900 jobs over the coming seven months.

Despite this the Institute of Public Administration Australia conference had an air of optimism. Or maybe it was a case of “because” rather than “despite”. Numerous speakers observed that hard times meant people focused on what was really important to them and how to do their jobs better.

Throughout the day the participants tweeted #ipaa2013 with enthusiastic commentary — and although many were academics or anonymous, there were also numbers of bona fide public servants tweeting, defying the image of a social media-shy bureaucrat.

The only mention of cuts from Abetz was a throwaway line noting that one of the sponsors, Hays recruitment, might have a bit less work right now; this attracted laughter rather than tears.

The top gold awards went to the Department of Defence for development and validation of airborne countermeasures (a good thing, it makes aircraft much more usable in operations) and to the Australian Bureau of Statistics for the 2011 census, which achieved a world-leading participation rate.

Perhaps the air of excitement among the 600 or so attendees from Commonwealth, state and territory public services was because of a consistent message from the conference that public sector reform is entering a new stage.

Professor Christopher Pollitt from the Catholic University at Leuven talked about three big ideas; two past and one present. The past ideas were “dissolution”, the notion that the public sector is a problem that requires private sector disciplines, and “revolution”, the idea that the public service can be transformed from hierarchies and silos to become joined-up and agile.

The new idea is evolution, an emphasis on governance rather than government. It absorbs and remoulds the first two ideas, integrates different kinds of knowledge, and recognises the importance of context to making public service reforms work. By context Pollitt meant that public servants were now recognising that what might have worked there or then would not necessarily work here or now. They have to understand the contextual nature of the problems they are trying to solve.

The evolution theme recurred throughout the first day of the conference, whether it was the New South Wales approach to solving the problem of child sexual assault in indigenous communities (a brilliant case study outlined by Chris Eccles, head of NSW Premiers Department), New Zealand’s 10 government result areas which have energised their public service, or making better use of behavioural insights to achieve social ends.

The other key theme was Asia. Martin Parkinson, Treasury Secretary, avoided the controversies about debts and budgets — he would be grilled about them later at budget estimates hearings — and instead gave a comprehensive overview of how Asian economies were growing. By 2050 Indonesia will be a larger economy than Japan. Asia will soon have more than 50% of world output. But it won’t necessarily flow through to opportunities for Australia:  he pointed out that Berlin is closer to Beijing than is Brisbane. As the Asian middle class grows, the demand will turn from commodities to services, where Australia does not automatically have a comparative advantage.

There was also a brilliant overview of the seven key Asian economies from Indonesian Professor Sofian Effendi, who noted that by 2030 Indonesia will be the seventh largest economy in the world. He did though point out the massive provincial differences inside Indonesia, with some provinces having relatively high levels of poverty. He also got the biggest laugh of the day when he said Indonesia and Australia were good friends — if Australia wanted to find out about the President, we should just pick up the phone and call.

The key themes of the conference were “smarter, better and broader” public services. A few of the more rotund delegates wondered if they really needed to be broader, but were reassured that this theme was about the public service connecting better. Connections not just with other public servants but with the private and community sectors both in Australia and internationally. The connections flowed through into sessions on better cities, what is happening in the US, and what Telstra surveys show about customers’ perceptions of government.

Six hundred people is a small sample of the public service, but if the enthusiasm for the future translates more widely then we are in for a more exciting time than doom-and-gloom stories about job cuts might suggest.