What Abbott must do to fix the Indonesian relationship

Australia's relationship with Indonesia is about the worst it's ever been. Tony Abbott must act quickly and contritely to avoid long-lasting damage. 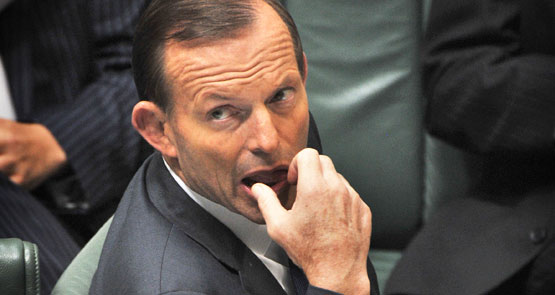 The current breakdown in diplomatic relations between Australia and Indonesia is close to — or is — the worst the relationship has been. There has been nothing of such damage to the relationship since Australia’s intervention in East Timor in 1999, when Australia sent in troops with the permission of the Indonesian government to address a problem resulting from the Indonesian government being at odds with its own military.

Military co-operation, support for Australia’s asylum seeker program and intelligence sharing has now been suspended by Indonesia, and there is not even a fig-leaf of support in Indonesia for Australia. The current spying issue is more damaging than the East Timor intervention, with President Susilo Bambang Yudhoyono feeling personally betrayed by a country he considered a friend.

The suspension of key bilateral activities has ended Indonesia’s reluctant support for Australia’s asylum seeker policy. It can be safely assumed that Indonesia will not be accepting back any boats for the foreseeable future.

But Indonesia’s response is unlikely to end there. Without an adequate response by Prime Minister Tony Abbott, there is likely to be the suspension of further activity between the two countries. Areas that are likely to be affected include trade arrangements and Indonesia’s support for Australia in regional forums such as the Association of Southeast Asian Nations, including the strategic ASEAN Regional Forum (ARF).

“Abbott needs to fulsomely apologise to Yudhoyono privately … and say publicly that Australia apologises for the hurt and mistrust that has been caused.”

An element of the current controversy reflects political point-scoring in Indonesia as actors jockey for position ahead of next year’s elections. However, there is also a very real sense of anger and dismay over the spying allegations. Many senior Indonesian figures have never entirely trusted Australia, and this issue has only confirmed their mistrust.

From Australia’s perspective, there has long been a quiet but very real concern that Indonesia’s next president, to be elected in September 2014, will be not nearly as well-disposed towards Australia. It was widely hoped that the strong relationship with Indonesia that existed until recently could be maintained in order to ensure that Australia goes into those uncharted bilateral waters in the best possible shape.

That option has now all but disappeared. Even if this affair can be settled down, there will remain a lingering sense of mistrust from Indonesia.

Australia’s best option at the moment is twofold. Abbott needs to fulsomely apologise to Yudhoyono privately. Yudhoyono might or might not choose to make public some or all of that apology, but that would ultimately be his call to make.

Abbott also needs say publicly that Australia apologises for the hurt and mistrust that has been caused by the allegations of spying, without formally confirming that such spying has or has not taken place. He also needs to say that Australia’s regional intelligence activities will be reviewed with the intent of ensuring that no further offence will be caused to Indonesia. Again, this will not require going into details.

This is what should have happened when the spying scandal first broke two weeks ago. Had this been said then, the current issue would have been nipped in the bud and the fallout would not now exist.

The question for the Australian government now is not whether it acts, but how quickly and precisely how to phrase the public component of the apology to Indonesia. Not to do so risks not just immediate difficulties, but could derail the relationship with Indonesia into the longer-term future.

* Professor Damien Kingsbury is Director of the Centrre for Citizenship, Development and Human Rights at Deakin University. He is author of Two Steps Forward, One step Back: Indonesia’s Arduous Path to Reform, Australian Strategic Policy Institute, 2012

Does the suspension of bilateral activities include not accepting this years $646.8 million dollars of aid Oz is pushing Indonesia’s way? Just asking…

Another P.M. with a tin ear and this fellow seeming lacks empathy as well(to much Pell).Indeed, poor fellow my dear country…….

Does anyone know who is the Foreign Affairs adviser in the PM’s office and who is the head of International Division in PM&C?

‘Fulsomely’ apologise? Really? Isn’t that pat of the problem? What about ‘genuinely and sincerely’?