A 63-year-old Catholic nun is proving an unlikely fillip for Sydney activists. A social progressive for 35 years, Sister Maribeth Larkin is teaching Australians how it's done. 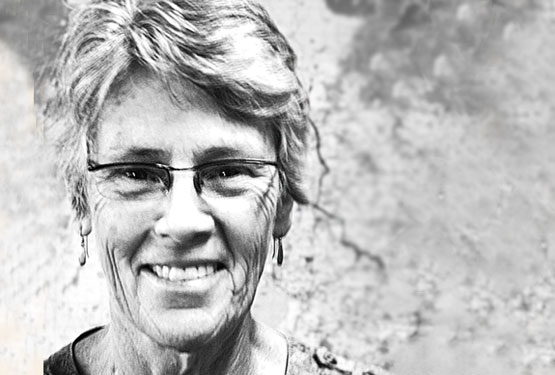 It’s a long way from the rough streets of South Central Los Angeles to a construction site in Sydney’s inner-west enclave of Glebe, but Sister Maribeth Larkin is doing her best to bridge the divide.

In Australia to help the Sydney Alliance train up a new cabal of Saul Alinsky-inspired community activists, the unflappable 63-year-old Catholic nun has gone from getting Americans signed up to Obamacare at a school off LA’s Harbor Freeway to supporting Harbour City activists in the art of the possible.

It’s her fourth visit to assist the Alliance, a loose network of Left-leaning trade unions, churches and community organisations forged in 2011 in the ashes of the Walk Against the War coalition, the Cronulla Riots backlash and the Your Rights at Work campaign.

“It’s an opportunity I didn’t want to miss, to spend these three months here,” Larkin told Crikey. “We’re working on improvements to public transport and safety around railway stations. And we’re building up a partnership with Mirvac to employ young Aboriginal men on the Harold Park development in Glebe to grow the ranks of apprentices in the area who will then be employed in the community.”

These are clearly not the usual do-nothing talk fests beloved by the traditional Left. Larkin and the Alliance has been busy applying the blowtorch to the O’Farrell government to fix public transport, create sustainable developments and deliver job-ready training. In other words, to do rather than say.

Back home, Larkin heads up the OneLA chapter of the Industrial Areas Foundation (IAF), established by Alinsky in 1940 as a political vanguard in a down-at-heel Chicago rocked by the Great Depression. She’s active across the cavernous LA basin tackling a baffling array of issues including gang violence, education inequalities and healthcare snafus.

Central to Alinsky’s model, bedded down in his famous 1971 tome Rules for Radicals, was the idea of deliberately baiting the authorities into labelling “problematic” social groups to create a “moral panic” that those same groups then exploited to fight fire with fire (US Republicans accuse Obama of rolling out the rules across America as part of a secret socialist plot). In Sydney, you don’t have to look far to see immigrant scapegoating remains an abiding interest of the commercial TV networks and the tabloid media.

Larkin grew up in Long Beach in the 1950s and has toiled for 35 years helping the disadvantaged to tear down barriers to social mobility around the country. Despite having done her fair share of anti-Vietnam War marching, she is the opposite of the abstracted ’60s stereotype, instead helping modern activists tap the natural roots of the community to achieve concrete change.

Building and re-building is a recurring theme in the IAF’s approach, and not just in an esoteric sense. In the 1980s and ’90s in Texas, Larkin helped local groups to pipe water out to the Mexican border area where sewage and services were scarce. And the IAF has recently rebuilt houses in Louisiana and areas in the north east devastated by natural disasters.

The Assisted Care Act bureaucracy debacle, in which low-income families have struggled to register for insurance (and that continues to be referred to as Obama’s “Katrina moment”), is in many ways a direct echo of Larkin’s past negotiating access to LA’s healthcare waiting rooms, where families only got attention when she accompanied them. She cites Avishai Margalit’s 1996 book The Decent Society as a guiding light: “The thesis is that a decent society is one whose structures do no limit people and whose citizens do not humiliate each other.”

And while the religious community isn’t necessarily thought of as an asset when it comes to progressive activism, she says many faith adherents discover radical roots when they burrow into their sacred scripts.

“Not every individual congregation acts out of those teachings of history but many do … and people are excited to learn about how the Koran teaches us to work together in society, how the sacred Jewish scriptures and Christian faith traditions teach that as well,” Larkin said.

“That’s what we’re looking for, people who are curious about their own faith and curious about that of other people. These are powerful systems that help us develop the values to be good human beings,  but how do we bring those to bear on making civil society the place it should be?

“This has to do with people being curious about what their tradition teaches them about living in society that is mutually respectful. The major religious traditions — Islam, Judaism, Christianity — have teachings that talk about getting along together and building the capacity to be mutually respectful.”

It is, of course, dog days for the Left in Australia, with Prime Minister Tony Abbott preparing for at least six years in a renovated Lodge, his Liberal counterparts about to seize total control at state level, the Greens vote tailing off and trade union density stuck at historic lows. In NSW, traditional paths to influence have been nobbled by Premier Barry O’Farrell and Greens-backed laws to halt donations paid to the unions’ political arm, the ALP. Progressive forces have been looking ever more closely at grassroots alternatives.

Crikey can reveal that the Sydney Alliance’s capacity-building model will soon be rolled out north of the Tweed, where a “Queensland Community Alliance” is on the verge of being bedded down to demand better transport, housing and infrastructure from the Newman government. And talks are also afoot with incoming Victorian Trades Hall Secretary Luke Hilakari to develop a similar structure in Melbourne.

Acting Sydney Alliance coalition director David Barrow, a former president of the National Union of Students, told Crikey that Larkin’s “depth of experience has just been invaluable. That kind of really natural instinct for this work both as it applies to campaigns, to people campaigning for power, to research meetings to the development of leaders.”

“We’re trying to create these kind of relationships and networks and organisation to teach people how to build bridges across race, language, religion, culture and economic status, to build trust and act together on the issues we want to work on.”

It’s still early days. But when the Left eventually manages to get its act together, it may well look back on the arrival of  a hard-boiled Catholic nun from LA’s mean streets as the spark that ignited the new Days of Rage.

‘Bolt and News Corp want a pound of something’: defamation case kicks off

“…preparing for at least six years in a renovated Lodge…” Not if this week is anything to go on.

Why anyone on the left can look at US style leftism and think that’s a model to be emulated is beyond me. Every volunteer who works like this is one less volunteer to work on gaining representation.

The last thing the left needs is to buy into this belief that our place is to ‘demand’ and ‘protest’ and ‘beg’ as opposed to ‘lead’, ‘elect’, and ‘legislate’.

The Unions are of course, very happy to see lots of young, left wing people going into work like this, because that means they’ll be less trouble for the old, right wing people who run the ALP.

What is this “Left gets its act together”? I would have thought issues such as urban renewal, better public transport or environmental degradation effect the majority of the populace.
Prime example is the CSG battles in NSW where it’s environmental movement with farmers and local residents trying to stop degredation of the enviromnent that will affect all, not just left and centre. I believe the days of left and right are gone; it is now the planet and the people and all power to the likes of Sister Larkin; she and others like her are the lightning rod of the majority discontent no matter what their political leanings. The capitalists are afraid of their likes because the majority still outnumber the minority, they just lack organisation; Revolution Now!

Contrary to Michael Jones’ view posted earlier today I think the kind of mentoring that Larkin is providing to Alliance is invaluable. It is a question of raising consciousness across religious and social boundaries so that people from different backgrounds and ideologies work together to achieve something concrete. This could prove to be just what’s needed in some sectors of our communities to enhance the power of the individual, who is a voter after all. It’s also a question of improving lives. The more we can achieve in this area the better off everyone is.

For every fire you put out, they will light a dozen, because you’re too busy putting out fires to stop them.

BTW what does this woman think about all the children that got raped by her church? Or the tax exempt status of religions, which contributes to the crisis in revenue and welfare?