Bitcoin hits record high as it reaches beyond Silicon Valley

The price of virtual currency bitcoin is continuing to surge, as countries such as Georgia and Argentina take it up as an alternative to official currencies. Decentralised virtual currency bitcoin hit a record high overnight, breaking through the $US500 barrier. At 9.20 AEST, it had climbed to $US520.

The surge comes despite a recent FBI crackdown on online marketplace Silk Road, which many people speculated would have lessened the demand for bitcoin.

However, bitcoin has soared 35% since the start of November.

Market strategist from IG Markets Evan Lucas says it’s very hard to predict or explain why bitcoin has spiked, as the digital currency does not have the liquidity of traditional financial assets.

“It’s an online phenomenon, constantly affected by the possibility of regulation, that’s not very free-flowing.

“How do you value something with such low liquidity? It’s very hard. That low liquidity is why you can see it pop up so quickly, so fast. If there’s a surge of people entering the market, it can really have an outsized effect on the price.”

In April, IG Markets began offering a grey market for bitcoin on its platform. This allowed people to place bets on where bitcoin was likely to move.

However, the currency trader has since closed the market. Lucas says the volatility of bitcoin made it too difficult to keep up with.

“It was too hard for our clients to gauge where it was going,” he says.

“There was a burst of interest initially, but that waned pretty quickly because of that volatility. We’re keeping an eye on it, and we may offer a market again once we see a bit more stability.”

Many start-ups and entrepreneurs are pinning their hopes on bitcoin taking off. But most of the current demand for bitcoin comes from countries like Argentina, Russia, Belarus, Georgia — hardly Silicon Valley. Lucas says this is because bitcoin is most useful in countries where it’s hard to exchange local currency into US dollars.

“It allows traders to buy and exchange products much faster than going through official channels,” he said.

“You have people in countries like Georgia setting up bitcoin shops in cafes, becoming currency dealers in effect. The exchange spreads they offer are massive, and people take it.”

“Once bitcoin hit mainstream media earlier this year, a bit more investigation into who was using it occurred. And you can see its being used to circumvent what are, often, draconian currency controls.”

“It is not a free-flowing market, so guessing where it’s headed is almost impossible. I wouldn’t make a call.” 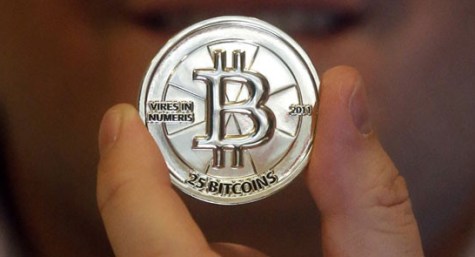 After researching it for a week or so, about the easiest way to buy and sell them is at
https://localbitcoins.com/?ch=dgf
Then you can buy stuff online with your Bitcoin wallet instead of using a credit card. Or just hold onto them for an investment. This is one reason I really like it. And, I can send $20 or $30 at a time to my daughter in college.

Mr Lucas seems to have missed the fact that there are only 12 million Bitcoins in existence at the moment. The next 9 million will take another 100+ years to create. Supply & Demand of a scarce resource would be the top of my list for a reason.

hogarth, you forget that most of the coins already generated are locked in abandoned wallets with the private keys long forgotten.
The feds recently seized 5% of the currently generated bitcoins from the silk road accounts, these were the coins that were providing most of the exchange liquidity as they were not concerned with price movements and were simply traded back and forth.
The exchange that everyone uses to price the market (mtgox… axa “Magic The Gathering Online Exchange”, yes this is really what the name stands for) has strict limits on both bitcoin and cash withdrawals, meaning that nobody can settle these trades for money sending the price up as people attempt to get their money out the only way possible since bitcoin is slightly easier to get out than cash.