What internet overlord Apple is doing with your personal data

Apple has issued some details on what information it passes on to governments (including Australia's). Technology journalist Richard Chirgwin has some advice for you if you're relying on Apple's cloud. So put down that iPhone. 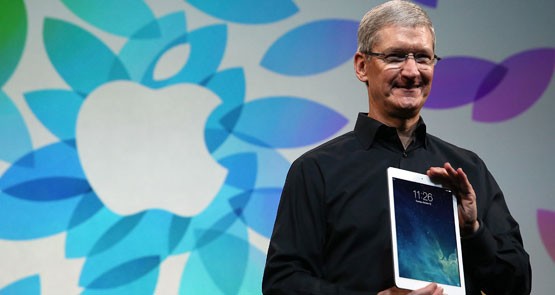 Isn’t it nice to know that at least one computer overlord is taking care of us?

I’m talking about Apple, of course — and not because it just released its first transparency report. It was Google who started the ball rolling, followed by Facebook.

No, what’s nice is to hear this from Apple that unlike, say, Google:

“Perhaps most important, our business does not depend on collecting personal data. We have no interest in amassing personal information about our customers. We protect personal conversations by providing end-to-end encryption over iMessage and FaceTime. We do not store location data, Maps searches, or Siri requests in any identifiable form.”

If you’re worried that trusting an American company with your data could result in an NSA clerk trawling through your video-watching habits on a slow day, you’d be greatly reassured.

Apple received 74 personal information requests from Australian agencies (compared with as many as 2000 from US agencies), but Australia outstripped many other countries in terms of personal requests for information. Australians are either chronic misplacers-of-iPhones or we get light-fingered at an extraordinary rate. Australians made 1178 “requests for device information”, which are usually associated with recovering lost or stolen devices, in the last year. We outstripped the UK’s 1028, but still lagged behind America’s 3542.

But at least Apple’s not collecting all that much information — or so it says.

What Apple neatly side-steps in its snipe at Google and Facebook is that while it may not “collect” as much as its ad-shipping rivals, Apple certainly holds plenty of user data in its cloud services. The difference is that instead of being collected as a consequence of using a service, the user data Apple holds is given to it by users who like the convenience of the service.

Google and Facebook have armies of conscripts: Apple has an army of volunteers.

You as a user can press a button or two to create a backup of your contact database and use the same service to keep different devices in sync — what’s not to like? Especially since your iPad doesn’t actually have enough space to carry around a full copy of every document you might need when you’re on the road. Then there are your photos, backed up to iCloud (if you want and have enough space), complete with their time, date, and location. That’s a lot of data, and you have chosen to give it to Apple.

If you have a pre-Mavericks version of Apples OS X desktop operating system, you could opt out of its cloud services and sync your various i-devices directly to your desktop or laptop. No more; the ordinary user, wanting to synch iPhone to laptop, can only do so by sending his or her data through the Apple cloud.

And because Apple has your convenience front-and-centre in its mind, its iCloud even offers to store your “keychain”. For non-Apple folk, Keychain is an application that stores all your passwords in one place. It’s very useful, and the passwords are encrypted, but would I want all my passwords in a cloud service, anywhere in reach of American law?

There’s an awful lot of user information out there in Apple’s clouds, and it’s no more protected from the eyes of spooks than anything held by Google or Facebook. How much information does Apple hold? That, alas, is not in the transparency report.

*Richard Chirgwin has 25 years’ experience as a tech journalist, and is Australian correspondent for The Register. He is an Apple user, but not an iCloud user.

So if Apple, Google and Facebook know equally much about us, why is Apple the Overlord of your title?

“If you have a pre-Mavericks version of Apples OS X desktop operating system, you could opt out of its cloud services and sync your various i-devices directly to your desktop or laptop. No more; the ordinary user, wanting to synch iPhone to laptop, can only do so by sending his or her data through the Apple cloud.”

And what about the subscription details that Crikey has on all it’s users? Is that within “reach of American law?”