The UN's annual climate change summit kicks off in Poland today. The stakes are high and the obstacles are serious -- and Australia has sent no minister or parliamentary secretary. But there is some hope for the summit. 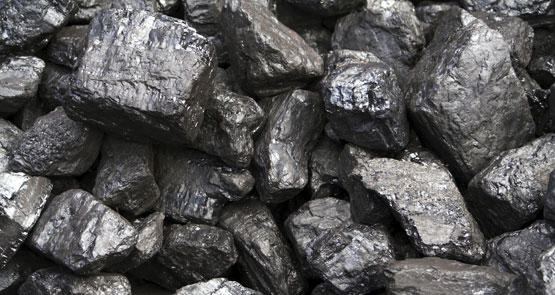 It’s a pity that neither Prime Minister Tony Abbott nor any of his ministers are travelling to Poland for the UN’s annual climate change negotiations, which begin in Warsaw today. If Abbott would like to meet his doppelganger on climate change policy, this would have been the perfect occasion.

Polish Prime Minister Donald Tusk has achieved on a continental scale what Abbott has only succeeded so far in Australia. Tusk has proudly vetoed any move to increase ambition on renewable energy and emission reduction, and helped ensure that the EU carbon price has become next-to-useless. Abbott should be thankful, because it helped give him the oxygen for the “great big tax” campaign against Australia’s carbon price.

Poland, like Australia, is heavily reliant on coal. Tusk and his junior coalition partner, the Peasants Party, are suspicious of anything that might upset the primacy of this commodity — including carbon policies, wind and solar farms, and anything else the coal industry might consider “dangerous”.

Such is Poland’s reputation that this meeting — the 19th Conference of the Parties, which runs for two weeks and assembles the signatories to the United Nations Framework Convention on Climate Change — has been dubbed the “Coal COP”.

These UN talks are being held in the National Stadium and are all about setting the “rules of the game” — to finally achieve an effective global agreement by the time this climate caravan arrives in Paris in 2015.

The worst outcome from Poland would be a repeat of the first match played in this stadium; a 0-0 draw. There is little time to act. Growth in global emissions is slowing, but the amount of carbon is still rising and it must peak before 2020. And, as the UN knows from its experience in Copenhagen, the details of a post-2020 agreement cannot be left to the last moment.

So it wants the main agreements to be resolved at an upcoming leaders’ summit, and many of the details to be sorted at the next COP in Lima, Peru. That would leave 2015 to dot the i’s and cross the t’s, so that Paris should be like the finish of the Tour de France, a ceremonial victory lap up and down the Champs-Elysees.

There are reasons for renewed hope in these talks — the recent release of the IPCC’s fifth report, the decisive action being taken by China and the US to impose strict environmental regulations on coal, and a general realisation that this is probably the last throw of the dice to meet the target of limiting warming to 2 degrees C.

And this is why the actions of the Abbott government will be influential. Nick Robins, an economist from HSBC Bank, says the only negative development since last year’s UN climate meeting in Doha has been the Australian government’s decision to roll back its carbon price. Australia marks the start of the UN summit by not sending a minister, instead making sure he stays at home to introduce a carbon repeal bill as the first order of business in the new Parliament (this is scheduled for Wednesday).

“[There is] a general realisation that this is probably the last throw of the dice to meet the target of limiting warming to 2 degrees C.”

Australia also plays a central role in the talks as lead spokes-country for the Umbrella Group, a key negotiating bloc that includes the US, Russia, Japan, Canada, New Zealand and Norway. The first five countries have announced they are leaving Kyoto — a decision that causes grief among developing countries. Australia’s move on this will be key.

Australia is also a key member of the Cartagena Dialogue, a loose coalition of “sensible countries” and a broker between the negotiating extremes. Australia’s recent efforts, including throwing insults at the head of the UNFCCC chief over her linking of bushfires and climate change, and the climate science musings of Abbott’s inner coterie, have not yet disqualified it from membership.

Climate campaigners say Australia has usually “punched above its weight” and been relatively constructive, no matter which party has been in power. How the current team, led by diplomat Justin Lee, performs in the absence of any minister or parliamentary secretary (for the first time in 16 years) and with the domestic rhetoric of the new government, will be fascinating. Here are some key tests:

Not everyone swallows the argument that Australia is “doing its bit” in climate action to date, as this graph below indicates. Industrialised countries were supposed to cut their emissions by 40% by 2020 to meet the 2C target.

But key countries such as Australia have actually increased their CO2 emissions by almost 60% (excluding land-based emissions). The EU is on track to meet its 20% reduction target while the US is set to achieve its goal of a 17% cut below 2005 levels. Only Russia among the major Annex 1 countries is on course to deliver the required cuts — as a result of the economic collapse of the Soviet Union.

Robins says that to make progress, governments will need to observe five principles: “adequacy” (meeting the 2C goal ); “bravery” (real leadership); “comparability” (transparent and quantifiable pledges); “dynamism” (progressively tighter commitments from 2020 to 2050); and “equity” (respecting both responsibility and the capacity to act).

How many of these boxes does the Abbott government tick? Judging by the actions of their first eight weeks in government, probably none.

*Giles Parkison is in Europe and will arrive in Poland later this week to report on the two-week summit, which finishes on November 22. Crikey will bring you more from him as the summit unfolds. This story first appeared on RenewEconomy.

The graph mentioned in the article is missing.

The graph referred to is in the original article.

The question is, will Australia simply withdraw from action on climate change or will we become a spoiler, doing our utmost to block international efforts to reduce carbon emissions? I think we know what the Coal industry wants.

You can see the graph here

“The peasants party”, now that’s one missing from the Australian Senate; I can see them now, marching with pitchforks raised. I wonder if they have a Sports party or Motoring enthusiasts party?
They have at least one thing in common, they are just so many fiddling idiots not willing to agree on measures to save the planet. Look to the Phillipines to view the future, not the storm but the aftermath.
Well one box the Abbott government will never tick, and that is Bravery (real leadership).