Tim Blair fills out a column with the same word repeated 160 times, and why you should not rely on spell-check. Plus other media snippets of the day.

Guthrie’s secret publication revealed. Former Age and Herald Sun editor Bruce Guthrie is preparing to launch a new Melbourne-based news website named The New Daily, Crikey can reveal. The site is expected to have a mass-market, general-interest flavour with an emphasis on news rather than opinion.

Despite speculation he had left Fairfax to launch The Huffington Post in Australia, Crikey understands former Age online editor Daniel Sankey will be the site’s editor and that Guthrie will hover above in a publisher/editor-in-chief role. Section editors for finance, entertainment and lifestyle have also been hired, but are sworn to secrecy under confidentiality arrangements. The New Daily is expected to launch during the coming week.

While The New Daily‘s journalism will be independent, Crikey understands the site is being funded in part by superannuation companies. The domain name, thenewdaily.com.au, was registered in March by the Industry Super Network. Unlike competitor sites The Age and the Herald Sun, The New Daily will not be behind a paywall.

Private Media chairman Eric Beecher is involved in the project, but The New Daily has no relationship with Private Media, which publishes Crikey and other websites. Until last weekend, Bruce Guthrie was a weekly columnist with The Sunday Age. — Matthew Knott

Won’t someone think of the children … children … children …  Tim Blair is very concerned about the children — and their children, and their children. The Daily Telegraph scribe says “climate crybabies” should stop whingeing about Australia’s coasts collapsing, because it’s not going to happen for 5000 years. He tries to make the point that we shouldn’t be saving the planet for our children, because coasts won’t collapse until our children’s children’s children’s … (repeated 160 times) children are around. And who cares about them? 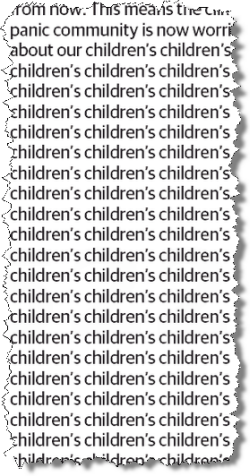 It looks like a typographical error, but we think he meant it. Well, that is one way to fill out a column when you’re recycling the same old climate change denial and have run out of things to say …

Q&A getting down to business. ABC TV is promoting a “business” panel on Q&A tonight, without a pollie in sight. So with that in mind, how businessy is the panel? Well, of the five panellists — David Knox, Carol Schwartz, Elizabeth Proust, John Symond and Graham Bradley, two are on the board of Stockland (Bradley and  Schwartz) and two are on the board of the Bank of Melbourne, subsidiary of Westpac (Proust, who is chair, and Schwartz). Proust is also a director of fund manager Perpetual, where Bradley used to be CEO a few years ago. Bradley had a total of five corporate chairmanships, three of which are major companies in Stockland, Energy Australia and HSBC Australia (which is his nominated gig for tonight’s program). Of the five, Knox at Santos has the traditional business path of starting low and working his way up, while Symond is the entrepreneur, starting Aussie Home Loans and then selling it for a motza of money. But wouldn’t the ABC have done better by casting its net wider and going for a retailer, a manufacturer and someone from an internet business as well as people from resources and finance?  — Glenn Dyer

Correction of the day. From the department of why you always check quotes comes this corker of a correction from The Australian.

The quote has a very different meaning when it says “abrasiveness”. We’re guessing maybe spell-check is to blame?

Video of the day. Musician Bronwyn Calcutt and her friends have put the words of Julia Gillard’s famous misogyny speech to the tune of I Will Survive. Calcutt performs it on the ukulele; it’s pretty catchy! 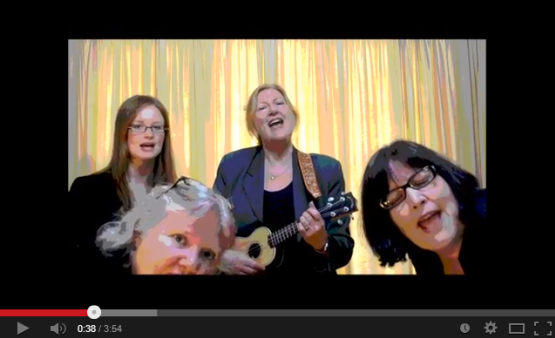 Front page of the day. The “super typhoon” that hit the Philippines over the weekend has left the country shattered. 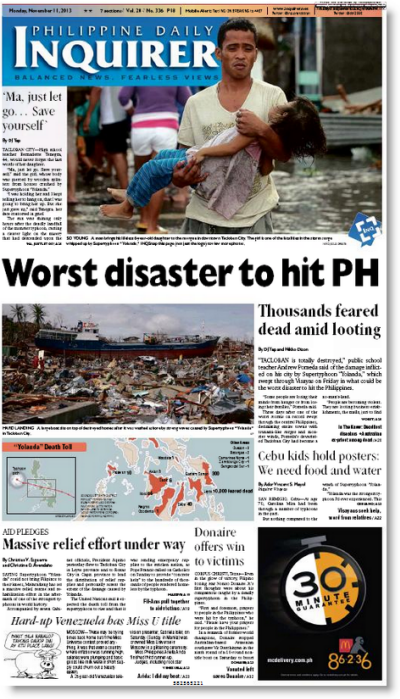 Spinning the Media: The editors fire back. Or don’t.

Too Right Tim, why are we worrying about climate change – if “one religion is enough”?
God will save us ……. of course then we might start worrying about “which one”?

As for the ABC “casting a wide net” – very funny?

….. How many op-eds – other than Murdoch’s – do they entertain us with, with their Cyclopedic views?