GrainCorp rival asks what all this takeover fuss is about

A key rival to GrainCorp can't understand why there's such a fuss at the proposed US takeover of the agribusiness giant -- especially when some of the farmers complaining are the ones who have progressively sold out of GrainCorp. 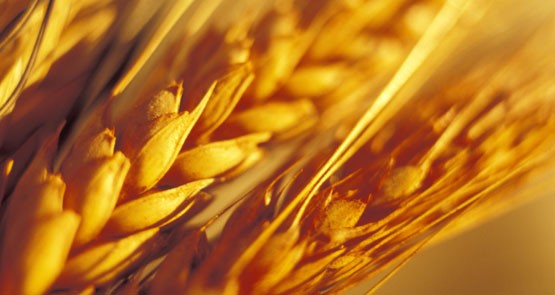 A key competitor to GrainCorp is mystified by rising opposition to the foreign takeover proposed by American giant Archer Daniels Midland.

There are legitimate concerns about whether ADM is an appropriate buyer of GrainCorp, Australia’s largest agribusiness — the United States firm has been fined and its directors jailed for price-fixing, and the company now faces offshore bribery allegations — but there are no real grounds to worry about competition in grain storage and handling, marketing or food security.

Meeting today in Canberra, the Coalition party room is divided on the issue. Nationals and some regional Liberal MPs are opposing the takeover and Treasurer Joe Hockey — who has the final say on whether the ADM bid is perceived to be in the national interest — insists he will not be bullied.

Of course ADM can’t be trusted but that’s why we have regulators (it’s a separate question whether they are up to the job). Any approval would be subject to conditions.

Emerald Grain’s chief executive John Murray has had years of experience in the grains industry, having worked previously at South Australia’s CBH. Emerald is half-owned by Japanese trader Sumitomo and Murray supports foreign investment in Australian agriculture, a constant in the growth of the industry.

Murray says while there are effective monopolies in Western Australia and South Australia, where sole grain export terminals are owned by CBH and Glencore-Viterra respectively, GrainCorp’s operations and infrastructure are concentrated on the eastern seaboard where there is much more competition.

There are rival grain export terminals at Brisbane, soon to be two in Newcastle, and another at Melbourne Port. Existing arrangements ensure open access and Emerald ships though GrainCorp’s terminals at Portland and Port Kembla.

In up-country storage, GrainCorp’s network of silos is impressive and probably irreplaceable, but farmers have a plethora of private and on-farm storage options, and more is on the way. Grains marketing is contested by Cargill, Glencore, and Louis Dreyfus. GrainCorp MD Alison Watkins made the same points herself in a speech to the Australian Farm Institute last week.

Murray says growers, especially in New South Wales, having chosen to corporatise and sell out of GrainCorp, can’t turn around and complain when it is taken over. “All along the way they’ve made decisions to sell their shares and cede control,” he said.

Murray sees the food security argument as nonsensical — there is no lack of storage and GrainCorp’s export terminals can only load grain, not unload it. And most of all, at $13.20 a share, Murray says GrainCorp’s shareholders are getting an incredible price, particularly when the next drought may be just a season away.

“I’m struggling to see what all the fuss is about,” he said. “It’s quite different to concerns about overseas investors buying farmland.” Although he supports that too.

Common sense is cheap, which is why it has no lobby group

“Cheater” Abbott’s muzzled the dogs – Tarzan Credlin told him too.

If ADM want to get involved in Asutralian grain why don’t they spend the money on establishing their own infrastucture and competing. Isn’t this what free entreprise/market ecomomy about.

I’m with Pav- that infrastructure was paid for by previous generations of farmers to provide independence from Bunge, Cargill and Dreyfus who carteled the industry for as long as they could- my father told me horror stories of this in the 1930’s- still the same players- it’s simply bad business for a bunch of independent operators- which is what farmers are- to cede such a strategic asset to a private monopoly and thus present their posterior draped over a 44 gallon drum and then say ‘please dont’-