The huge pop that greeted Twitter's IPO would suggest the market is convinced by its business model. Another social network, LinkedIn, had a similarly charmed debut, reminds Technology Spectator's Harrison Polites. 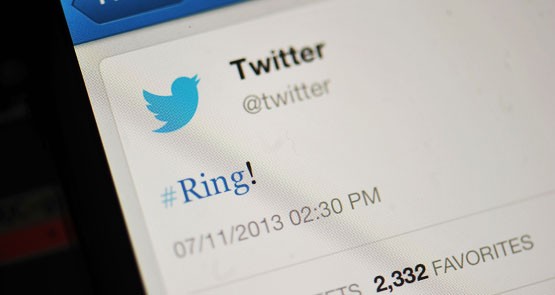 It seems Twitter hype has taken hold — but will it last?

Upon its debut on the New York stock exchange yesterday, its shares soared by up to 92% above its initial listing price to a momentous $US45 per share. Not bad for a company that is yet to prove that it can turn a profit.

The price puts it in exactly the same range as LinkedIn, which debuted on the New York Stock Exchange back in 2011. And LinkedIn debuted at a price of $45 per share when there was less hype in the market about the potential of social networks and online businesses.

Perhaps the key difference between LinkedIn and Twitter is that LinkedIn took to market a clear plan for growth and profitability. The site offered recruiters a paid subscription service, and had around 100 million subscribers before listing on the exchange.

It also had three different proven revenue streams: online advertisements, individual paid subscriptions and business subscriptions to help with recruiting. Since listing, LinkedIn has expanded on that offering, purchasing content aggregator Pulse to try becoming a more holistic social network rather than an online resume book. The market has responded well to LinkedIn’s efforts to grow and expand its offering; two and bit years after its debut, it sits at $210 per share.

Given the amazing opening price, it’s likely that many investors see Twitter as the next LinkedIn of the social web. But the two sites couldn’t be more different.

There’s no denying Twitter’s potential. It’s proven its worth time and time again in breaking news, in aiding communication during disasters, fuelling some amazing marketing campaigns and even in altering the public debate. But how this will translate into some form of profit for the social network is the great unknown.

The social network has its fingers in a lot of pies. It’s experimenting with purchasing items using hashtags, thrusting video ads onto the Twitter feed, interacting with live TV and, of course, its staple service, sponsored ad tweets.

Perhaps the best thing that Twitter has going for it is that it is literally ingrained into US pop culture. It pioneered the hashtag which has since seeped its way into pretty much all aspects of celebrity culture in America. And as its blog outlines, it has played a crucial role in the US election, and other momentous events.

This may explain why many are happy to leap on the social network’s stock on a wing and a prayer rather than a proven track record of profit. Nor, as its CEO Dick Costolo told CNBC News, will it immediately be concerned with turning a buck.

In this regard, it may help to look at the company away from the hype-driven prism of its US success. How the social network has fared in Australia may actually offer a more dry-eyed assessment of its likely performance.

Twitter is influential in Australia, but not as all-consuming as it is in the US. Many Australian companies (including media outlets) and politicians are still grappling with how they can use the social network. When Twitter’s global head of brand and agency Melissa Barnes flew in to Australia to offer advice on how to capitalise using the network, people listened. Meanwhile in the US, companies are more or less using the service as a canvas rather than taking the social network’s lead on how it should be used. Barnes pointed to some of these companies as case studies during her visit earlier this year.

There is nothing to say that Twitter can’t be successful, or very profitable. If its flawless IPO is any indication, it has good corporate governance and is at the forefront of web innovation, and is moving on the right trends. But investors should be cautious. Twitter is no LinkedIn. The bird has soared today, but the jury is out as to whether it has wings.

*This article was originally published at Technology Spectator