Rundle: notes from the American election that didn’t much matter

Americans love voting, they do it every year. This was a near of not much doing, but the results could spell an interesting fight in 2016. Yes, 2016. 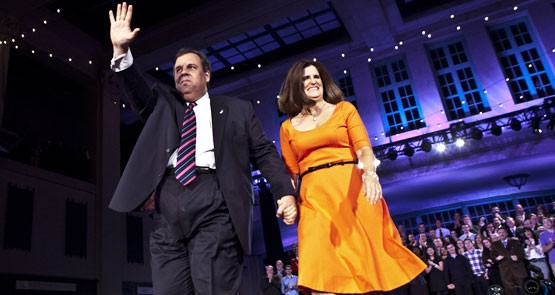 Everyone knows that Americans go to the polls in November every four years. In actuality, though, they go to the polls every November for something or other, and even if the only contest is for Waxachie dog-catcher, it is pored over with all the attention due to a papal conclave.

This year, there were especially slim pickings for election junkies: 2013 brought gubernatorial (i.e. governship — but who can resist the opportunity to say “gubernatorial”?) races in two states, New Jersey and Virginia (and their legislatures as well), a complex but significant special House of Reps election in the Alabama 1st congressional district, mayoral elections in about 20 biggish cities — New York above all — and some “proposition”, or citizen referendum ballots.

The election in Joyzi (say it) was a formality, with Republican governor Chris Christie re-elected with a 22-point lead over his Democratic opponent, who ran dead. Though the state has been Democratic deep blue since 1988, there was never any chance against Christie, who has been selective in which parts of the Republican agenda he pushes — and in any case became a national hero in the aftermath of Hurricane Sandy, almost exactly a year ago.

Also pretty much a foregone conclusion, though going the other way, was the New York mayoral election, more important than all but the largest state governorships, with the unashamedly left-wing Bill di Blasio triumphing over a Republican who never had a chance, thus ending 18 years of nominal Republican control over the Big cankered Apple. NYC is just about the most left-wing enclave in the US, vote-wise, yet New Yorkers effectively “hired” Rudy Giuliani in the ’90s to clean the place up, after the Democrats had failed to come to grips with sleaze and crime.

When he left in 2002, billionaire Michael Bloomberg simply funded himself to a win, throwing more than a $100 million at his campaigns. But Bloomberg — who changed his affiliation to “independent” in 2007 — governed more like a UK New Labour-style politician than an American right-winger. Bloomberg surprised everyone by introducing a whole series of “city beautiful” measures, including pedestrianising parts of Broadway and even Times Square, hitherto a traffic swamp. He also gained worldwide fame/notoriety by temporarily limiting the size of soda (i.e. soft drink) cups available at food outlets, cinemas, etc (this was swiftly overturned by a court).

But Bloomberg didn’t do much — indeed, anything — about rising rents and the continuing ejection of low-income earners from Manhattan, nor about the inadequate minimum wage, which is set city-by-city in the US. His lassitude in the face of growing unrest — including a series of rolling strikes by fast-food workers — doomed the Republicans from the get-go, and the real fight became the Democratic primary several months ago.

“The move is an open declaration of warfare in the GOP, and it’s exactly around the NJ-Virginia axis that it’s pitched.”

That race featured a cast of characters, nine in all — including comic relief from Anthony Weiner, the eponymous “sexting” congressman, caught text-cheating again during the campaign. Di Blasio was formerly the public advocate — ombudsmen — and has both a workerish background and a “diverse” family, in that his black wife was once a lesbian, which is the sort of family you get in a kit to run as a Democrat in NYC.

But if it was a good day for Democrats, including the many who voted for Christie, it was a bad day at the Tea Party. Their favourite, Virginia governor candidate Ken Cuccinelli, went down to a quintessential Washington insider Terry McAuliffe in a close race. McAuliffe, former Democratic Party chairman, fundraiser, banker and property developer mired in scandals, was an unlikely victor in a swing state.

People who think Prime Minister Tony Abbott is waging a culture war should take a look at Cuccinelli’s record — four years of mayhem, waging lawfare against Obamacare, prohibiting universities from protecting LGTQ students [I am officially leaving “B/bi-” out of that from here on. What you have twice the chance of hooking up and you’re an oppressed minority? Please.], trying to prevent the Supreme Court of the United States from striking down the state’s archaic “anti-sodomy” law, and it goes on and on.

Sadly, for Cuccinelli, support didn’t. Voters deserted him in droves, aside from the ulta-conservative west of the state, and he was down 10 points six weeks out, left for dead by party donors. But then came the launching of Obamacare, and a series of glitches, some of them incidental — e.g. a bad website — and some of them deeper, such as the withdrawal by private insurers of health plans that President Barack Obama assured people they would be able to keep.

Dissatisfaction with all that pushed Cuccinelli back up in the running, but the GOP (Republican) money still didn’t flow. Why? Two explanations. One is that wise heads in the Republicans — some remain — always believed the 10-point gap to be an illusion based on low-grade polling, and that the race was always 2 to 4 points. By that token the vote landed exactly where it was going to, and a spend would have been a waste.

The other theory is that the GOP core now regard the Tea Party as such a disaster that they would rather have an up-down vote to make things clear: centrist Republican triumphing in NJ, while a good ole boy goes down hard in former red-state Virginia.

That’s buttressed by the result in Alabama, where what was to be a smooth GOP handover became a primary battle so involved that it pushed the election date itself back into December. Business leaders and the GOP core put up a “moderate” — i.e. well to the Right of Eric Abetz — candidate Bradley Byrne against the Tea Party candidate Dean Young, and prevailed.

The move is an open declaration of warfare in the GOP, and it’s exactly around the NJ-Virginia axis that it’s pitched. Should moderates somehow be able to take over the party again and run Christie, the Dems will have a real fight on their hands in 2016. But the GOP may also find itself with a split, and a third party to their Right. Grab the Bloomberg-authorised low-carb popcorn and a small cup of Tab, the next three years — THREE YEARS! — are going to be a corker.

The Now Taste of Tab

Guy – you’ve missed one very interesting item – a referendum in 11 rural counties in Colorado to secede from the state and create their own (apart from the one non-contiguous country which would have joined Wisconson)! Basically there’s been major changes in the state with immigration and Denver becoming a major high-tech centre turning it increasingly liberal. Anyway, the referendum was defeated in six of the eleven counties.

Even for those that voted in favour, to secede the State legislature would have to vote in favour and then there would have had to be vote in Congress to admit them as a new state. Not a chance on either side.

It represents a new type of crazy on the Republican side to add to all the others.