The Oz leaves Tokyo bureau on ice ... UK spooks get a light grilling ... when kids don't get their candy ... front page of the day ...

The Oz leaves Tokyo bureau on ice. The Australian‘s veteran Tokyo correspondent Rick Wallace is returning to Australia and will take up a new posting in the paper’s Melbourne bureau. At this stage, the paper has not sought to replace Wallace. The word from The Oz is that the paper is “leaving the bureau spot open for a while”, but the Tokyo bureau is not being closed down.

Earlier this year, The Oz closed down its remaining US bureau in Washington and shuttered its London office. The paper now relies on Wall Street Journal copy for its US coverage while former Sydney Morning Herald sports journo Jacquelin Magnay files regularly from Europe. — Matthew Knott

UK spooks get a light grilling. It was an unprecedented performance: Britain’s three spy chiefs — MI5’s Andrew Parker, MI6’s Sir John Sawers and Government Communications Headquarters director Sir Iain Lobban — out from cover and being questioned by Parliament’s Intelligence and Security Committee overnight. As many have reported, this was less a grilling on the security state in the wake of leaks from Edward Snowden and more a casual Q&A. The Guardian‘s editorial summed it up:

“These matters have been widely discussed in this country, including in such subversive journals as the FT and The Economist. Indeed, they have been debated in every serious newspaper and legislature in the world. They will become manifest in reformed laws, treaties and alliances. But there was little suggestion today that much of this was of true concern.”

The Guardian broke the Snowden story and has rallied international press against charges of irresponsibility. It took another crack today:

“Let us be clear. The loss of Snowden’s material was plainly damaging for western intelligence. The disaster was that the US agencies have, for the second time in three years, proved incapable of keeping enormous secret databases secure. After WikiLeaks it is astonishing that 850,000 people worldwide were able to peer into the heart of secret operations in Cheltenham. No NSA official has apologised or resigned for this devastating failure and there were only the mildest questions today as to why GCHQ went along with these bizarre arrangements. The intelligence agencies were saved from true catastrophe by only one thing: the fact that Snowden didn’t dump the material on to the web, but handed it instead to journalists. Together with the New York Times and Washington Post, we have worked carefully and responsibly (in consultation with governments and agencies) to disclose a small proportion of what he leaked. Some would like newspapers gagged or prosecuted. Be careful what you wish for. Kick newspapers by all means, but, without them, be prepared for something much worse.”

Crikey — which joined other media from around the world in denouncing the shock-jock coverage of the Daily Mail — couldn’t agree more. — Jason Whittaker

Front page of the day. The world’s a-Twitter today with news of the latest technology bubble. The French bring a particular style to proceedings … 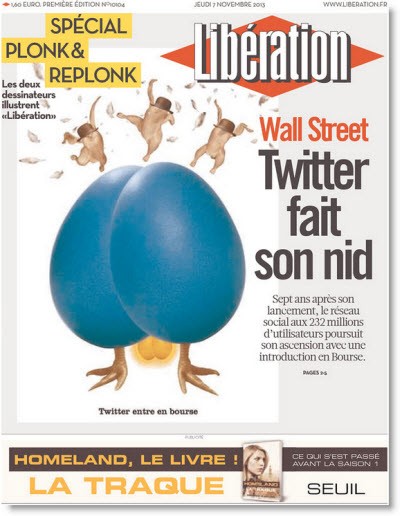 Video of the day. Some Friday fun: when parents pranked their kids and told them they’d eaten all the Halloween candy, things get pretty ugly … 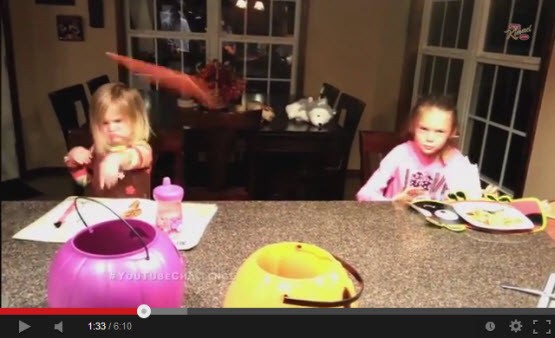 Trump’s Muslim ban will compromise the work of foreign correspondents

He saved my life in Afghanistan. So why did Australia want to send him to Nauru?