The blokes of business agree: intervention needed on female leaders

Some of the country's top business people -- mostly men, of course -- gathered to kick the can for female workforce participation. Women's Agenda acting editor Georgina Dent was there. 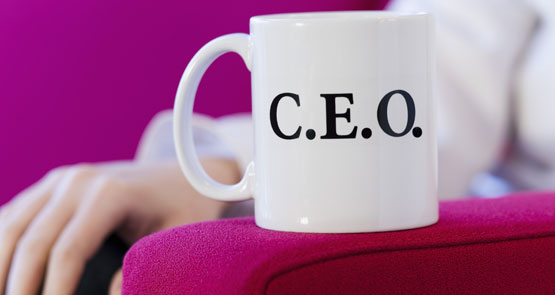 Getting a handful of our most powerful chief executives in the same room at the same time is no small feat. Gathering more than 20 of them, including the head of the Defence Force, and having seven of them voluntarily submit to 7.30 host Leigh Sales’ questioning, is remarkable. But it happened yesterday. Even more remarkably, the topic that drew them in was the role of men in accelerating the advancement of women in leadership.

Recognising a problem exists is a small but significant step on any road to change. And that might just be the most powerful hangover from the launch of the Male Champions of Change 2013 report.

It’s a testament to the tenacity and leadership of the force behind the initiative — federal Sex Discrimination Commissioner Elizabeth Broderick — that the event drew the crowd it did. As she has said many times, the responsibility for increasing the number of women in senior leadership roles cannot sit on the shoulders of women alone. The Male Champions of Change program, which Broderick established in 2010, provides a practical pathway for that idea. It enlists male leaders to keep the issue on the agenda and to tackle some responsibility for progress.

In their 2011 report the men considered the why of this issue: why are Australian women still so under-represented in management? This year their report looks at how this can be redressed. ANZ chief executive Mike Smith told the room:

“We have all seen the numbers. We have all read the research. We have all voiced our opinion. Then and now, the facts speak for themselves. They tell us clearly that an intervention is required. Today, we are proposing a leadership intervention.”

Smith explained one of his personal epiphanies that reinforced why intervention was required — the “leadership lottery” that exists in many organisations:

“This was a phrase we coined to reflect the fact that sometimes, the career trajectory of talented women can rest entirely on their leader, be they male or female. Women told us they tended to excel with leaders who demonstrate strong values; are inclusive; and supportive during the various stages of their life and career.”

“It strikes me that we need to celebrate men who have a track record of hiring, developing and advancing women …”

By way of contrast, careers stall when a great leader moved on or the woman moved on to a less capable leader:

“It strikes me that we need to celebrate men who have a track record of hiring, developing and advancing women — but actually these men are quite rare. Making inclusive leaders the norm rather than the exception — be they men or women — might just be the circuit breaker we need on this issue.”

Hearing that searing insight shared by a man at the helm of one of Australia’s biggest companies, to a room filled with more men than women, was welcome. Smith’s awareness and discernment on this issue was echoed by the chief executives who joined Sales on stage: the Commonwealth Bank’s Ian Narev, Lieutenant General David Morris, Telstra’s David Thodey, IBM’s Andrew Stevens, Treasury secretary Dr Martin Parkinson, ASX chief Elmer Funke Kupper and Qantas’ Alan Joyce. They spoke freely, frankly and emphatically about the moral and economic imperatives for improving women’s representation in leadership.

But, critically, they spoke about what is required to make that happen: normalising flexibility in the workplace, looking at caring responsibilities in non-gendered terms, being proactive about reaching targets, setting targets and making management accountable for meeting them, putting a disproportionate amount of resources into boosting women in senior ranks. The level of detail with which these men spoke on these issues impressed me most.

And it is that understanding of those details that underpins this new report. After considerable consultations, conversations and research the group has devised a 12-point action plan to fix the issue that Mike Smith says “we’ve discussed for decades”.

Momentum on the issue of women in leadership is undoubtedly building. On Tuesday, the Business Council of Australia launched its direct action plan to ensure women hold 50% of senior positions by 2023. This week, The Australian Financial Review published an editorial calling for more women. And yesterday, a powerful group of chief executives lay down the gauntlet. It is time for this issue to be addressed, and they’ve given a few hundred of the country’s leaders a road map for doing it. There just aren’t excuses.

There’s no doubt there is a commercial imperative for business to act on this. They know the data; companies with better gender diversity at senior levels perform better, they attract and retain the best talent, and the bottom line is boosted. And the economic imperative for the government to lead on this issue is just as persuasive. But unlike business, the government’s lack of awareness on this issue — evidenced so clearly by cabinet — is glaringly obvious.

Three weeks ago Australia received a damning assessment for the opportunities it affords women. The World Economic Forum’s 2013 Global Gender Gap report indicates that yet again Australia ranks first in the world for educating women. More women reach higher levels of study here than in any other country. Critically, however, we rank 52nd in the world for female workforce participation. The disparity between those criteria is expensive and appalling. As is the fact no one from government commented on this. Considering the productivity gain for closing that gap is estimated at 13% of GDP, there is a convincing reason this should be discussed.

Before we sat down yesterday the minister assisting the minister for women, Senator Michaelia Cash, told a guest the fantastic thing was that there was now realisation among businesses that there was a financial reason to act on gender equality. That is not only true for business: government stands to gain, too. Failing to lead on this issue is a failure bigger than the issue itself. If the Treasurer Joe Hockey or Cash take anything away from yesterday’s event, I hope it’s that.

I’m looking for a female director in a start-up super fund.
Educated, well-spoken, unafraid to voice an opinion and willing to work for equity . contact me asap.

I’m sorry but I just can’t take seriously any committee addressing any subject whatsoever where that committee includes Hellicar.

I’m not convinced that full time workers is the appropriate denominator since it is so gendered. I’d start with all workers and would consider compromising to full time equivalents.