The complicated and manufactured culture of Uzbekistan

Historian and Oxford Jesus College senior research fellow R.J.B. Bosworth travels to Uzbekistan to find a strange history and a forced culture. He writes at Inside Story. 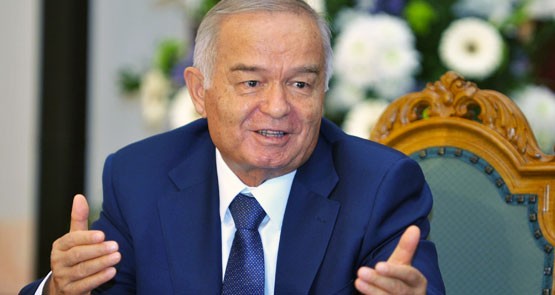 The uniformed official at Tashkent airport, presiding over the third of five barriers to the waiting lounge, was dourly insistent. “Two books you brought into the country, where are they?” I fished in my backpack and brought out a copy of Dombey and Son, my planned reading on the eight-hour flight back to London. Since it was old and came in a box (I’d picked it up at a secondhand shop a few weeks before), and either his English or his literacy were not refined, it only seemed to increase his suspicion. He paused, breathed hard and then, half-recognising that an elderly white-haired professor might not be committed to subverting the Uzbek nation and polity, found a way out. “And the second one?” he snapped. The other novel I’d confessed to bringing into Uzbekistan, on the form whose departure version we were presently trying to reconcile, I had passed to my wife, who had been waved through some minutes earlier. But, fortunately, someone in our group of visitors had given me an anodyne tourist guide to the country that I could pull from my sack. For my interrogator it was much more recognisable than Dickens, and he gave a twitch of relief. “OK. Pass.”

The brief encounter was a fitting end to a fortnight in Uzbekistan, a post-Soviet state whose leader, Islam Karimov, an orphan boy born in Samarkand in 1938, made his track to the national summit in what might have seemed an exemplary Soviet fashion (even marrying a Russian). Officially, I had come to the place, along with quite a few other tourists, to view its Islamic art and architecture at Samarkand, Bukhara, Khiva and other gorgeous sites, as well as to contemplate the business of the “Silk Road” and, ideally for the state that granted me my visa, to purchase some of its current products. But as a biographer of Mussolini and a historian contemplating a general study of dictatorships, I found it impossible not to be drawn into an examination of Uzbek state and society as it impinged on a doubtless ignorant visitor who kept his eyes open. This tourist was less interested in “the Uzbek past” than in its current forging and representation under a president who had risen to the top before communism fell.

The quotation marks are needed because Uzbekistan is very much a nation in the building. It owes its existence and its borders to its conquest in the 19th century by imperial Russia, an empire embraced by the Bolsheviks when, in 1920, they advanced into “Turkestan” to eliminate a last base of armed opposition and, as they saw it, to raise the locals from barbarism to the rational modernity of “scientific socialism”. The Soviet Union’s own history would in its turn be vitiated by the Soviet state’s inability to renounce empire — a situation worsened by the regime’s erratic and confused approach to national self-determination, not a subject well framed by the theory of Marxist internationalism.

In practice, Uzbeks were among the winners after 1920. A peasant people with few claims to a specific historical literature, the Uzbeks serendipitously acquired the second-most ample territory of the “-stan” republics, lands that would eventually be revealed to contain rich supplies of oil and gas, or could grow massive amounts of cotton, irrigated scientific socialist–style, with whatever eventual environmental catastrophe. And so, from the 1920s, it became necessary to imagine an Uzbek national community and invent a “timeless” tradition for it, a task made all the more urgent since there had never before been a state with the borders that the Uzbek Republic had been given.

Readers will catch the reference to Benedict Anderson and Eric Hobsbawm, and to the extensive literature probing the fate of peoples grouped together as nations at different times since the first application of this modern ideology and practice in the French Revolution. Certainly students of European fascism know that by 1938 the Wilsonian version of self-determination in interwar Europe, in what the American president had envisaged as a happy yoking of the nation with economic and political liberty, had failed to take root. Except in Europe’s Western borderlands, every state from the Rhine to the Black Sea and from Helsinki to Athens had fallen under an authoritarian or fascist leader who cancelled liberty while doing his best to homogenise his heterogeneous subjects into a single nation. Mark Mazower’s brilliant and moving microcosmic account of the fate of the peoples of Salonika/Thessaloniki, Salonika: City of Ghosts, Christians, Muslims and Jews 1430–1950, is the best path into this world.

It must therefore be of little surprise to find current-day Uzbekistan echoing with the manufacture of a usable past. It is, after all, the most numerous of the -stans, with a population of 30 million. Of that number, perhaps 30% may be Tajiks, although officials only admit to 5%, and the regime severely discourages the use of the Tajik language, even though it is Karimov’s first tongue. (The president’s Uzbek is said to be heavily inflected by the Tajik of his home city.) Any reckoning of ethnicity is further afflicted by the fact that a majority of the population of the city of Osh, over the border in Kyrgyzstan, is Uzbek, a situation that earned headlines in 2010 when the locals unleashed a pogrom against them.

A quarter-century after the Wall fell, Europe hunkers down along old battle lines

Japan? No. Try Russia, and the sick men of Eastern Europe

it’s ‘too compressed’ to fit the allocated space evoking too many themes in single paragraphs. wowful editing, if the storey ever was comprehensable. is that his point? does he know?