According to a two-year study by the Institute of Medicine and the George Soros-funded Open Society Foundations, medical professionals helped design, enable and participated in "torture and cruel, inhumane and degrading treatment" of detainees at prisons run by the Pentagon and the CIA.

The greatest certainty. A record high for a Crikey Indicator this morning. Those killjoys who prefer to discuss economic affairs than spend a day at the races are rated a 97% chance to leave official interest rates alone. 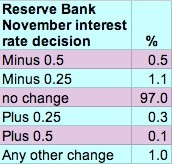 I’m sticking to the Cup and all that hate mail about young Tom has got to me. I have totally ignored his attempt to mislead me by trying to back his Mum’s horse Fiorente to win a million dollars. Tres Blu, the outsider of the Waterhouse-trained pair chosen as a purchase by my regular luncheon mate Robbie, will carry the considerable handicap of my dollar.

Business ethics and the daily fines. It was just a “misdemeanour” charge related to the promotion of the antipsychotic drug Risperdal for the management of dementia in elderly patients. Nothing at all for pharmaceutical company Johnson & Johnson really. A $2.2 billion payment to the US government will resolve the various allegations.

Reaching a plea deal with federal prosecutors, the hedge fund firm SAC Capital Advisors has agreed to plead guilty to insider trading, pay a $1.8 billion fine and end its investment advisory business. Federal officials alleged that during a decade starting around 1999, the company, which controlled $15 billion in assets at one point, “solicited nonpublic information and used it to trade stock in publicly traded companies.” The Quartz business website notes that the fine condemns SAC’s founder  Steve Cohen’s net worth will still be above $7 billion at the end of the year, which would put him 59th on the Forbes magazine list of the richest Americans, down from his current spot at 43.

Two examples of medical ethics. The Global Post reports that according to a two-year study by the Institute of Medicine and the George Soros-funded Open Society Foundations, medical professionals helped design, enable and participated in “torture and cruel, inhumane and degrading treatment” of detainees at prisons run by the Pentagon and the CIA. “It’s clear that in the name of national security, the military trumped (the Hippocratic Oath), and physicians were transformed into agents of the military and performed acts that were contrary to medical ethics and practice,” said study co-author Gerald Thomson, professor of medicine emeritus at Columbia University. The Hippocratic Oath is a committment made by medical personnel to practice their profession in an honest and ethical manner.

Dr. Paul Wheeler, who heads a unit at John Hopkins that Joint investigative reports last week from the Center for Public Integrity and ABC News found the program at John Hopkins “helped coal companies thwart efforts by ailing mine workers to receive disability benefits.” According to the reports, Dr Wheeler “found not a single case of severe black lung in the more than 1,500 cases decided since 2000 in which he offered an opinion.” The investigations also found that other experienced X-ray readers disagreed with some of Wheeler’s analyses. In some cases, miners who could not obtain benefits due to Wheeler’s conclusions and later died were positively diagnosed by other medical personnel based on autopsy results. The medical school and hospital system at Johns Hopkins University said in a statement, “We take very seriously the questions raised” in the reports. It says it will suspend and review its black lung program. 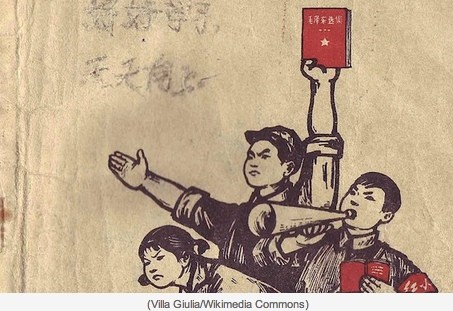