How Germany’s selfishness is killing the eurozone

It's in Germany's interest to keep the euro high. Pity for all the other eurozone countries, which would begin to recover if the euro was lower, writes ex-RBA economist and Business Spectator writer Callam Pickering. 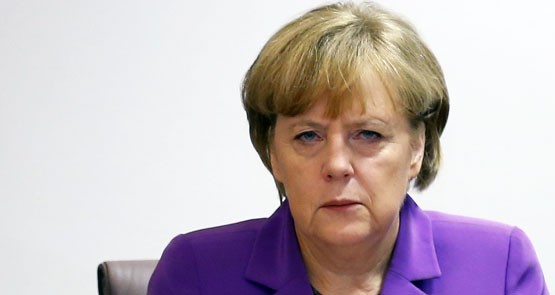 German economic policy, by reducing domestic demand and inflation, has only made it harder for the European economic recovery. Germany can and should stimulate its economy to provide a much-needed boost for the struggling economies throughout the region.

There was an interesting discussion over the weekend regarding economic policy in Germany. It started with a US Department of Treasury report into international economic policy and exchange rates, which upset German officials. The criticism came at an unfortunate time in German/US relations, following the revelations that the US bugged German Chancellor Angela Merkel’s phone.

The report was critical of German economic policy, and rightly so. In Treasury’s view the German government has not done enough to support economic growth in Germany and throughout the eurozone. Although Germany is one of the few euro economies currently expanding, domestic demand remains in a terrible condition.

Since the euro was created Germany has run a large current account surplus, with its export sector driving growth. In 2012 Germany actually ran a larger current account surplus than China. There is nothing fundamentally wrong with running a surplus; after all, countries must run surpluses and deficits for international trade to take place. But for Germany, a surplus this large reflects depressed domestic demand; German firms are still producing goods, but domestically nobody is looking to buy.

With austerity measures in most eurozone economies already depressing growth, we have Germany — which can choose to stimulate its economy — applying the brakes as well. It has helped make a bad situation worse, suppressing growth and stalling the recovery in the eurozone.

For the depressed economies in the eurozone periphery an export-led recovery is their best bet to turn their fortunes around. But for most of them the euro remains too high to create an export-led turnaround because the euro reflects average economic conditions in the eurozone economies. For the poorest-performing countries the currency is too high, and for the likes of Germany the currency is too low. The high German trade surplus is coming at the expense of growth in other euro economies.

To paraphrase that article, for a country to reduce relative wages compared to other countries in the eurozone (comparable to a currency depreciation) it requires a country such as Spain to run lower inflation than Germany over a sustained period of time. Eventually this would make German goods more expensive than Spanish goods and boost exports from Spain.

It shouldn’t surprise anyone that this is a long and arduous process. But it would be less difficult if German policy did not put downward pressure on inflation. With domestic demand depressed, it is far from surprising that German inflation has been on the decline. For the health of the eurozone, Germany needs to boost domestic demand and push inflation higher than the European Central Bank’s target of 2%.

The situation in Europe is frustrating, and selfish economic policies by Germany are only contributing to this frustration. Despite the monetary union, the euro remains a set of countries focused internally rather than in the best interests of the union. Self-interest is normally fine, but with highly integrated economies and the lack of a freely moving currency the results have been disastrous. It is time that Germany showed real economic leadership instead of simply expecting more of everyone else.

Very high rates of unemployment in Spain, Greece and elsewhere while Germany just says “you’re very naughty boys and girls who deserved to be punished a little more”, completely ignoring the German profits from both speculation in those countries and the low Euro which German policy-makers imposed on Europe.

A friend recently returned from Greece. He said that fascists attack their critics with iron bars, and killed a comedian who made fun of them. He reckons it is on the brink of civil war.

Surely the corruption and sins of the Greek Government aren’t as bad as what Germany itself did during World War 2?

Germany was forgiven for what it did during the war, and then benefited from the Marshall Plan afterwards.

Europe needs a “Merkel Plan” to rebuild it, rather than Germany continuing to simply profiteer through large surpluses. What a great legacy that would be.

Did you base this entire article from the US Treasury Department’s report? The US economy is in ruins and almost, if not already in an irrecoverable position. Hardly a role model or department to take at its word. Germany has done its fair share to “bail out” a number of irresponsible EU Nations and watched those Nations continue to be irresponsible with their own economies. Could it be that the US, in its current nosedive economic trend doesn’t like the notion of an economically powerful Germany and therefore releases some BS report suggesting it needs to do more for less? I think Merkel and her cabinet are doing just fine. More countries should show more moral courage and stop propping up irresponsible Governments for nil return.

When you say “irresponsible governments” Dan, I guess that would include the German Government itself after WW2? And yet they (along with the rest of Europe) were given the Marshall Plan to get back on their feet.

Can’t Germany afford to do the same now to the rest of Europe, particularly when precisely what is needed is a German-led consumer boom stimulating periphery economies, just as the US consumer boom of the 1940s and 1950s stimulated European and other industry?

The US example suggests that we could get some good surf music out of it.

And yes the Yanks could be much better, but at least they have the US Fed as a lender of last resort unlike the ECB. They also have their own currency, whereas the Germans have inflicted the Euro in order to make their own exports cheaper at the expense of Greece, Spain and other European countries now with record unemployment, poverty and despair.

How can you say the German cabinet is “doing fine” when the austerity they inflict is causing such unemployment and poverty that Greeks have turned to Neo-Nazis in the Greek Parliament?

Doesn’t that echo to you the overly harsh austerity measures inflicted on the Germans themselves in the 1920s and 1930s, that led to the bloke with the funny moustache and the silly walk? (No not Charlie Chaplin the other one).

Cam – the Germans didn’t inflict the Euro on southern Europe – they didn’t want to abandon the deutschmark but were pretty well forced into it by the French as a pay-off for German reunification. In retrospect this was a mistake – had Germany remained on the deutschmark its currency would have been higher than the Euro and we wouldn’t have this problem.

The article itself seems to be saying that Germany should have a high inflation target. If they’d spent five minutes checking German history they’d know that the Germans are totally paranoid about inflation because of the hyper-inflation of the early 1920s which indirectly paved the way for the Nazis.