Hugh Morgan is at it again, espousing his climate sceptic views to The Australian. But his attacks on the Club of Rome are quite unfounded. 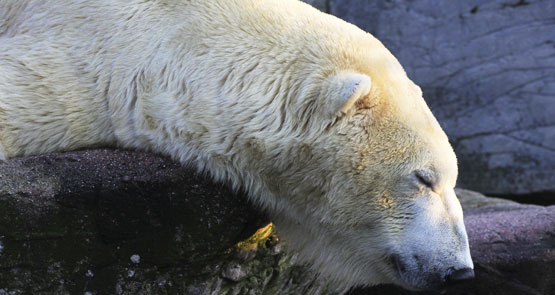 If Hugh Morgan is saying it, it must be wrong.

Recall the businessman’s previous campaign against the High Court’s Mabo decision — which extended to a defence of terra nullius and warnings that Australia’s territorial integrity was under threat — or his glowing 2010 endorsement of the young Australian Workers’ Union boss Paul Howes as a future Labor leader, after his starring role unseating a first-term prime minister.

And so it was again yesterday with Morgan’s declaration in an interview with The Australian that the Intergovernmental Panel on Climate Change would be remembered as a “Chicken Little”, like the Club of Rome.

Morgan is a long-time president of the climate sceptic Lavoisier Group and was a member of the Business Advisory Council on Climate Policy, established in May 2011 by then-shadow environment spokesman Greg Hunt. (Did they meet often, I wonder, in their quest for a non-policy to solve a non-problem? Does it matter?)

Morgan told the Oz that the 1972 book The Limits to Growth, based on research by a team of scientists from MIT (not mainly European, as the article states), “illustrates the dangers of academics talking about things they know nothing about”:

“‘The IPCC will be remembered in the same way as the Club of Rome for its “Chicken Little” approach.’

“Mr Morgan said political leaders should reread The Limits of Growth to understand the dangers of modelling and the risk of believing ‘academics who think they can see the future’.

“He said the Club of Rome’s prediction that most major commodities would run out within a few decades had been proven wrong because of the scientists’ failure to consider technological innovation in the resources industry and their inability to understand how companies made decisions.

“‘It completely presumed there was a standstill in technology,’ Mr Morgan said.

“He cited the shale gas revolution in the US as an example of technological change leading to increased reserves of a key commodity. The move towards deep-sea drilling for oil had also led to new discoveries in areas previously discounted.”

It is hardly worth attacking Morgan, who is entitled to his opinion, and good luck to him. But it is definitely worth defending the Club of Rome against such repeated misrepresentation, which crops up too often.

Published in 1972, Limits to Growth was the most popular environment book in history, selling 30 million copies in 30 languages.

In 2008 and 2012 CSIRO research scientist Graham Turner looked at how the real world was tracking, using three and then four decades of historical data, against the business-as-usual scenario outlined in Limits to Growth, which forecast the collapse of the environment, the global economy and subsequently the population, in mid-century. The answer is: we’re on track — the data matches “surprisingly closely” (Turner outlines this well in a seven-minute podcast). He takes on the critics of Limits to Growth for misrepresenting the modelling:

It’s a long-running debate, partly around the estimation of reserves of various commodities. The Limits to Growth forecast that resource depletion would be exponential, not linear, assuming economic growth, and was based on estimates of current reserves, acknowledging that these could expand.

Even on his own terms, Morgan’s argument makes no sense, blaming the Club of Rome for “scaring the hell out of everybody” so “everybody invested and you had a massive oversupply” of commodities, which kept prices low for 20 years. That is a huge achievement for a bunch of academics supposedly out of their depth tinkering with computer models. In my experience the intelligent actors in the resources industry and commodities markets don’t scare so easily, for so long, and certainly not based on misinformation.

The irony is that while Morgan has campaigned against climate action, his former company Western Mining, which developed the enormous copper/uranium mine now known as Olympic Dam, was bought by BHP Billiton partly in expectation of increased demand for cleaner energy to combat climate change.

Former Shell executive and coal industry chief Ian Dunlop, now a safe climate advocate who is in the middle of a campaign for a seat on the board of BHP, is a member of the Club of Rome. In a letter to The Australian (which may or may not be published), Dunlop writes:

“Hugh Morgan needs to take his own advice and read the Limits to Growth again because he has completely misunderstood what it said. It was not a prediction in any sense but a set of scenarios that indicated how the world might evolve under various assumptions of population and growth increasing exponentially. It didn’t predict running out of anything. It did allow for the impact of technological innovation.”

Like an episode of The Walking Dead, the climate sceptic zombies are coming from everywhere now. The challenge is not getting infected.

‘We are burning our trust’: Abbott’s climate denials winning Australia no friends

A tough sell: can these spinners change your mind on climate change?

By the same token, the Club of Rome saying something doesn’t necessarily make it right. A Google of their perdictions from the 60’s and 70’s will show that.

Predictions. Hey, Crikey, how about an edit facility? 🙂

Lavoisier, co-discoverer of carbon di-oxide, eventually lost his head to Madame La Guillotine.
The “walking dead” of the article, the Lavoisier Group, might suffer a similar fate, when, inevitably, it loses its “head”, Mr Morgan.
The wrong place at the wrong time?

This article gives good insight asto why Greg Hunt is without science when defending repealing the carbon price, one designed to cut consumption not increase it as the L-NP promote with growth never ending. Of course that is impossible!