Here’s a Liberals-friendly idea to get abatement revving 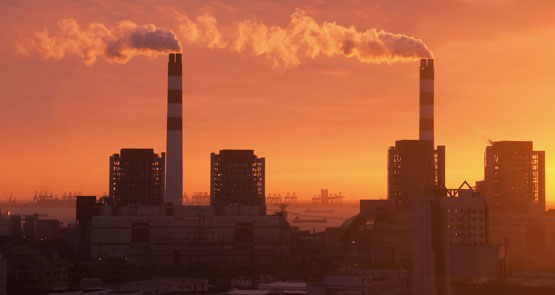 One of the few things we know about Direct Action is that Environment Minister Greg Hunt wants to run an auction process to buy carbon abatement. This auction will select, often years in advance, who will supply the abatement necessary to deliver on the emission reduction targets.

An auction process supported by a clear process for determining what types of abatement activities qualify, and how abatement will be measured (similar to the Clean Development Mechanism or the New South Wales Greenhouse Gas Abatement Scheme) is a major improvement over ill-defined tenders that can involve highly subjective selection criteria that is open to political meddling.

Another worthy feature that Hunt has outlined is that the government will sign long-term abatement purchasing contracts with winners of the auction. This should provide abatement project developers with a bankable revenue stream that will allow them to access financing essential to make projects a reality. By providing a long-term contract with the government, it obviates the complete lack of credibility that a budget-funded program will maintain its funding beyond the three-year electoral cycle. However, these contracts will need to provide at least 10 years of revenue to make most abatement projects viable.

But there is a real risk that a notable proportion of winners of the auction could fail to deliver the quantity of abatement they promise. To control for this risk, bidders need to be vetted for their capability to deliver abatement projects before they can qualify to bid in the auctions. Also, contracts should require winning bidders to make-good any shortfall in abatement delivery from their own project by acquiring abatement from others.

But these controls could exclude some innovative firms and technologies. These innovative options may look risky and some may fail to pay off, but a handful may deliver substantial reductions in abatement cost. So the government really can’t rely on an auction alone to acquire abatement.

So why not just allow a free market to develop in abatement certificates via private trading exchanges, and the government purchase its abatement through those exchanges rather than an auction? Such an approach would have some significant advantages over an auction process run by the government; it would allow people to buy and sell abatement at any time to anyone. No need to worry about qualifying to participate in an auction, no need to lock yourself into a long-term contract with make-good provisions, and no need to fit in with the infrequent timetable of a government auction.

The problem, of course, is that you place yourself at the mercy of regulatory change, because you lack a long-term contract with the government. The risk of such change is very high, so an auction process, which allocates long-term contracts, is essential.

In the end, the effectiveness of Direct Action would be best served by offering abatement suppliers three options to sell their abatement:

For this to all work effectively the government must include as part of its legislation for Direct Action a minimum annual abatement acquisition target for the next 10 years, and preferably out to 2030. This could then be increased via ministerial decree, but not decreased unless the legislation was changed. This will allow a market to form for abatement credits outside of the auction process.

In addition, the government must enshrine in legislation the minimum financial budget it will allocate to acquire abatement for each of the next 10 years. For it to be changed it would need to pass the Senate, much like the budget for the Australian Renewable Energy Agency.

The board members that administer the Direct Action acquisition process and fund would be nominated by the government of the day. But to safeguard their independence from political interference they would have to each be approved via a two-thirds majority of the Senate. They would have three-year fixed terms and could not be sacked except for extraordinary circumstances.

Hunt says he has a deep, personal commitment to delivering on the government’s emission reduction targets. But you can’t take that to the bank. If his government is genuinely interested in achieving emission targets, we need to see it enshrined in legislation and institutions that can’t be unwound by a handful of ministers.

Why put in place such a complex abatement trading scheme when we already have an ETS?
Isn’t this just waste?
Oh! I forgot this government will do anything to overturn what the last government did. What a waste!

We will need to be vigilant to ensure that the criteria to certify a “tonne of certified CO2 abatement” do not drift to accommodate increasingly dodgy schemes to hide carbon from public scrutiny.

After all, the carbon has to be put somewhere where it wouldn’t have been put otherwise and kept there for 10,000 years without being disturbed. No carbon sequestration scheme has met that criterion yet. But you can bet your boots that politicians who want to claim that their scheme is working will cheat on it.

Any scheme that pretends to pay someone in a distant country not to emit carbon that they would have otherwise emitted is poker-faced fraud. Vigilantes would easily be able to check and disprove the nonsense.

And environmentalists (well, those not involved in the selling of renewables equipment to the faithful) will want to check that the certification accounts for the open cycle gas turbines that hide behind every renewables scheme.

What an exercise in idiocy. Not just wasteful, futile, crying out to be rorted and utterly ineffectual but probably dangerous. And those are just the good points…

Abbott’s “immaculate” (untouched by any Greens)environmental conception of 2009, which he has carried pregnant within him all this time, is still unborn in its fifth year of gestation.
Looking more like “Bloody Mary” every day; even Murdoch in the role of Philipp II of Spain, will cease to frequent “Dear Tony’s” barren political bedchamber.