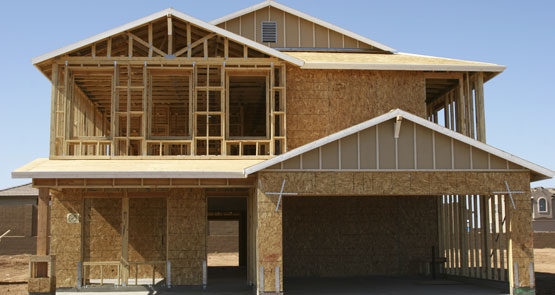 Much was made of the September building approvals data yesterday from the Australian Bureau of Statistics, and with a 14.4% surge in approvals for new homes (seasonally adjusted), they certainly appear to remove any doubts that the home building sector has turned and has been accelerating (remembering this is historical data).

That’s critically important to the transition of the economy from the mining investment boom to a more traditional, housing-driven growth pattern sought by the RBA.

But there are a couple of points that need making. Much of the increase came from an 31.8% jump in new home units, townhouses and apartments, which is a very volatile part of the series. The same month in 2012 produced a big increase, with a 7.8% jump in total approvals, including an 18% rise in new home units and apartments. In July of this year, there was a 24.4% surge in new units, apartments and townhouse approvals and an overall rise of 10.8%. But in June there was a sharp fall of 12.6%, with approvals in home units, etc, down 37% for the year to June (the 2012-13 financial year).

This series depends heavily on approvals by local councils and tends to appear in the ABS data in bunches — as the above numbers indicate, it’s either feast or famine, and for that reason, the overall series is difficult to analyse. Even the trend series, which tends to smooth out the month-to-month changes, can be left behind by the big surges and falls in approvals in this area.

On trend, the September rise was 2.5% for all approvals (not 14.4%) and the year-to-date rise was 15.1%, not 18.6%. For the volatile apartments, etc, group, the trend increase in September was 5.6% for approvals against 31.8% for the seasonally adjusted figures. The year-to-date increase was 20.9% for the trend series against 31.9% for the seasonally adjusted.

The second point to be made is that the action is still in existing homes, not new home building, despite the latter hitting a three-year high in September, according to the Housing Industry Association. It’s the surging price of existing homes in Sydney that is catching the eye at the moment as competition between different groups of investors and private buyers are running into each other.

That’s why Reserve Bank governor Glenn Stevens specifically mentioned Sydney as the hotbed of investor competition in remarks made in Sydney on Tuesday:

“Investor participation in housing in Sydney, in particular, is becoming noticeably stronger. Over the past year, the rate of finance approvals for this purpose has increased by 40%.”

When Stevens singles out one particular market, it’s a good idea to pay attention.

ABS figures show investors now account for 53.2% of all loans in New South Wales. In August, they borrowed more than $3.7 billion to invest in property. And the RBA’s credit data for September, released yesterday, also confirmed the sharp growth in investor lending. According to the bank, investor lending for households grew 0.6% in September for a fourth successive month. That an annual rate of 7.2%, or twice the overall rate of growth in private lending and 50% faster than the 4.8% annual growth rate in all home lending the year to September. That helped total lending grow slightly faster than the 4.2% rate in loans to owner-occupiers in the year to September.

Data today from RP Data-Rismark showed a 1.3% rise in house prices last month in eight capital cities. Prices were up 7.9% for the year to October — but Sydney house prices jumped 2.4% in October, according to the survey. Prices rose 1.2% in Melbourne and 1.4% in Brisbane. But they fell 2.3% in Hobart reflecting some of the highest unemployment in the country in some areas). Prices in Perth dipped 0.2% in October and the annual growth rate fell to 9.4%. But in a separate survey yesterday, RP Data pointed out that adjusted for inflation, house prices still had a way to go. And compared to the stockmarket, property prices are still well behind. The ASX 200, the main index, was up 17% in the 20 months to October 31, and more than 20% in the past year.

And there are anecdotal stories of strong investor demand from offshore. Crikey reported a tip earlier in the week of a house that sold for $1.5 million above the reserve price (it went for $5 million) thanks to a bid from an offshore investor. It is easier for foreigners investing $5 million or more in Australia to secure an Australian visa. On top of this, there are also stories that Meriton, the country’s biggest apartment builder, is receiving strong demand from offshore (mostly China) for home units off the plan.

This is the sort of detail, by the way, that gets ignored in one of our favourite sub-genres in local financial reporting — the slavish reporting of views on the Australian property market by foreign analysts who assume that whatever applies in the UK or the US automatically applies here and therefore Australia — in its entirety — must have a property bubble.

In fact, the RBA is focused on how low interest rates are driving new home construction (its intended policy goal, along with hopefully driving the Aussie dollar down) versus driving higher prices for existing stock, and in Sydney in particular, which is the country’s biggest market but also one where the previous state Labor government oversaw a collapse in residential building. Talk about bubbles misses the point that the central bank is trying to engineer a transition from an investment boom back to Australia’s normal housing-led growth.

It’s a very different policy challenge to one facing banks in the UK, Europe and the US, where the problem is to create and sustain any growth at all.

RBA review offers plenty for everyone — and a chance for a get-square by the government?

Much of the hoo-ha about property seems to be about whether housing is actually economic activity. You can just shift from mining, which is production and income generation, to housing, which is consumption and debt generating, as an equivalent exchange. Housing isn’t growth, no matter how high prices go, its a funnel for borrowing. If we just let people borrow overseas without owning houses it would have the same effect.

There can be no “transition” from a primary industry of mining to a housing industry.
There is wealth creation in industry but there is no “wealth” creation in housing.
There is only wealth consumption in housing whether old or new.
Now if Austaralians want to go and live in tents and sell all their housing “wealth” to clamouring nouveau riche foreigners, then that might be an overall wealth creation “industry” for the nation.
But if those “in charge” merely wish to continue to turn Australians in hapless mortgage slaves, who have no income left to support the rest of the economy, then the only result will be recession.
Glenn Stevens is trying not to scare the punters, a task made even more difficult by the election of economic fops to the task of governing the Commonwealth.
No wonder the foreign commentators are ramping up their warnings.

If this isn’t a bubble and house prices are going to forever rise above inflation (and wages), I might as well give up all hope of ever affording a house.

This is the biggest generational swindle in Australia’s history, with the young and the poor left being completely screwed.

totally agree with all comments above. this is not economic activity. just pure speculation. land is nothing unless there is something built on it, and we all know it costs huge money to redevelop land. so i think this is a classic ponzi scheme. going up 3-4x inflation per year is just nonsense.