What on earth are Paul Howes and Lachlan Murdoch discussing over a cosy lunch? Plus the Canberran invasion and who is Sarah?

Spotted: Howes and Murdoch. A Sydney spy reports union boss Paul Howes sitting down for a spot of lunch Lachlan Murdoch at MoVida in Sydney’s Surry Hills yesterday. What on earth would they be discussing? We asked Howes but didn’t hear back …

Tinkler keen to make a sale. The sale of Nathan Tinkler’s remote Walford Creek copper/zinc project near Mount Isa — one of the last valuable assets in his mining empire — grinds on. The “report as to affairs” lodged with the Australian Securities and Investments Commission by receiver Quentin Olde shows the company that ultimately owns the project, Aston Metals, owes $38 million, mainly to Hong Kong-based lender OCP Asia, through a subsidiary. The project is definitely worth something — last year Tinkler valued it at $75 million, although industry sources are sceptical it could fetch more than $50 million and say it is probably worth much less.

If there is any money left over after OCP is repaid, it is likely to go straight to Singapore-based Noonday Asset Management, an arm of US hedge fund Farallon, which has security over Tinkler’s Aston Metals shares. Tinkler still owes Noonday a significant amount of money — possibly as much as $100 million — even after the lender took control of his largest asset in June, his 19% stake in Whitehaven Coal. Receiver Quentin Olde wouldn’t tell Crikey the likely sale price or timing but confirms there are a number of bidders.

Student elections get mean. Student election results at the University of Western Sydney have been withheld after rumours that Young Labor rising stars Greg Paltar and Talal Shah have pending complaints against them. Up to six candidates could be disqualified amid rumours of brawling, vote-rigging and bullying, according to an anonymous campus insider. Returning officer Richard Martino has allegedly sought legal advice and will not be able to declare the results until these investigations are finalised. Martino declined comment; UWS staff were unable to confirm by deadline.

Canberra bogong watch. The bogong moth infestation on Capital Hill continues — and Crikey is still on the case. In a rare useful report from Daily Telegraph hack Gemma Jones, the evidence is spookily clear … 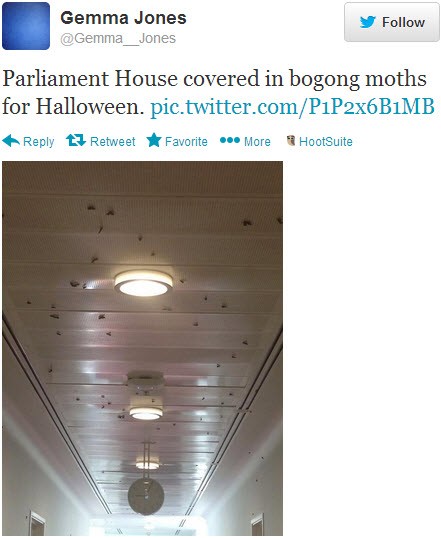 K-Rudd: he’s baaaack. We think the Labor Party might want to rethink its page titles. A Google search for the party brings up a link to former prime minister Kevin Rudd, but not a whisper about current Opposition Leader Bill Shorten …

Shamed into training. Well, this is one way to motivate staff and get people to attend training sessions. This email from the spin side of AAP … 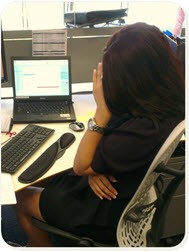 She’s really embarrassed right now because she hit the send button without updating your name.

We might see you there to brush up on our skills too!

I would suggest that AAP would be better off targeting the Rays and Barrys of their organisations- i.e. The 50+ Male management layer that frequently are IT illiterate. I work with a few.