The cost of being too big to fail for our big banks is now being made explicit as regulators move ahead of the financial system inquiry, Crikey writers Glenn Dyer and Bernard Keane investigate. 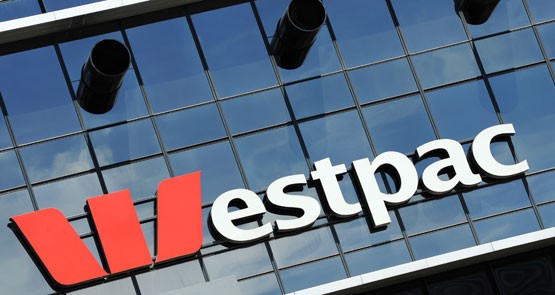 The cost of being “too big to fail” is now becoming clearer as bank regulators move ahead of the Treasurer’s forthcoming inquiry into the Australian financial system to establish stronger capital requirements.

Crikey pointed out on Tuesday that the big four banks are now valued at a combined figure of more than $400 billion — 26% of the size of the economy and around 25% of the superannuation savings pool. That leaves Australia very vulnerable to any shocks that the banks might suffer (such as a repeat of the financial crisis, or problems in the Chinese economy).

A report by Andrew Cornell and John Kehoe in The Australian Financial Review today revealed the Australian Prudential Regulation Authority, the lead regulator, had moved to tell the big four banks to limit the size of dividend payments in the current reporting season, and had ruled out “capital management measures” such as special dividends. Higher dividends will be allowed, but it looks as though APRA has told the banks dividends can’t rise faster than revenues, and the regulator wants the banks to start accumulating more capital for these special liquidity buffers instead of paying it out to shareholders.

The dominance of the big four banks has gone unremarked upon by most in banking and government and was shaping up as a big part of the Treasurer’s financial inquiry. For most people the banks’ dominance is about consumer issues — complaints about fees, lending practices and poor service. But the potential instability in having four massive banks anchoring our economy and financial system is the bigger issue.

APRA (and the Reserve Bank) seem to be moving to make sure the new bank prudential and capital system will be in place before the financial services inquiry starts and provides both banks and their critics with an opportunity to influence policy. The new system, which will take until 2015-16 to be fully implemented in Australia, will be very hard to change once in place, no matter what the outcome of Treasurer Joe Hockey’s inquiry.

Don’t forget, Hockey ignored the systemic risk of the banks’ dominance when he used the former government’s announcement of a levy to finance a reserve fund for the bank deposit guarantee (up to $250,000) to attack then-treasurer Chris Bowen as “wearing L-plates”. The banks ignored it as well in their attacks on the levy. All banks benefit from the guarantee and the implicit understanding that the country’s high-grade AAA (stable) rating underpins the entire system.

APRA, the lead regulator for banks (called authorised deposit-taking institutions, or ADI), had been planning to reveal the higher capital levels the big four banks will need to hold because they are systemically important for the Australian economy. These higher capital levels (more than the new minimum of 8%) will have to be invested in high-grade securities or in cash.

This will lift demand for government bonds in coming years. The banks are likely to have several years to build up these buffers, which means there’ll be growing demand for Hockey’s deficit borrowings. But so big are the banks in relation to the economy and so small is the relative amount of government debt on issue that the Reserve Bank has had to invent a one-off system of helping the banks, the Committed Loan Facility, which will be available from 2015. For a yearly fee, banks and other financial groups will have access to a predetermined amount of liquidity via deals involving high-grade securities (which will incur further fees). A further question is whether the big four will have to provide extra capital for their New Zealand operations as well. The four control 80% of the NZ banking sector.

According to the AFR report, APRA wrote to banks last week telling them they should maintain “adequate capital buffers” and then followed up with telephone calls that specified this meant dividends and capital management measures (such as special payments and buybacks). The calls revealed that regulator is about to release details of the capital levels for the big four, which will be known as domestically systemically important banks.

In other words, the banks will be designated too big to fail and will have to carry extra capital reserves to help protect themselves and the wider economy in the event of a crisis such as the GFC.

Many banking analysts and shareholders have been looking for higher dividends and special payments like Westpac made in May of this year, with an interim payment of 86c a share and a special payment of 10c a share. A repeat of that by Westpac or other banks seems to have been ruled out for next week.

ANZ seems to have set the upper limit this week when it lifted its final dividend by 13% for the full year and 15% for the final (91c a share v 79c for the second half of 2011-12). It’s clear that regulators wants bank managements to accumulate more capital and not return it to shareholders. ANZ said it had set a range of 65% to 70% of net profit for dividend payments to shareholders. That would have had to have been given the nod by APRA. That will allow a slow rise in dividends, so long as revenue and earnings continue to rise.

Propaganda and access: why the media struggles to call out political liars

Hey Hey election in May?

I have never understood why Australian banks must hold bonds from the Australian Government rather than from another government.

“But the potential instability in having four massive banks anchoring our economy and financial system is the bigger issue.” So how many banks do we need for stability? One mega-bank or 10 small ones?? I can’t see the potential instability in “four massive banks” anchoring the Australian economy. There are also many other ADIs in Australia. Another GFC would render all banks unstable to some degree, irrespective of the number.

Business;s that become so large as pose a risk to its r!relative economic base is elementary bad governing. Thats why growth for growths sake, merges and acquisitions once attracted scrutiny. For good capitalist and free market reasons its economics 101 – how did it become their they be excluded from concern that one sector should free to imperil the economy as a whole?

We reward business for being unable to grow outside the Australian economy in sync.

if an employee for one of the banks came to risk the banks balance sheet unduly you would be sacked. The heirachy would be overhauled but we can not imagine regulations that enforce efficiency, To us that’s self contradictory.

Regulations are the problem – right? Believe me am no left winger, but I do not cry tears for our buinesss titans, I demand and expect more of them not less. They got big by being good, staying big is an overated management skill.

You want to see some economic stimuli, get them to do it all again.

All that was then seen as anti-business, over-regulation and impeding large business from competing.

What to do? Break them up – give them a few years to reduce the risk to the economy, sell off a few subsidiaries to get down to some prudent risk exposure.

Do it your selves or we’ll make a fuss.