Why are law firms no longer raking in their rivers of gold? And is there anything to be done to save the industry? 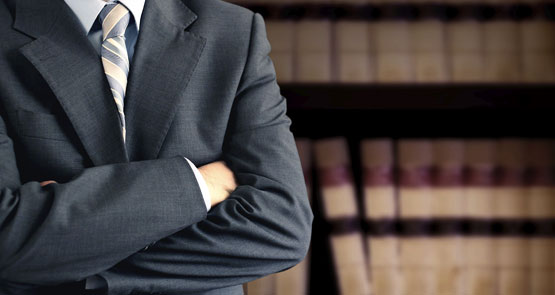 Mega law firms have a big problem: their business model is largely broken. Law firms have taken the same approach as the music and newspaper sectors — they either don’t realise there’s an issue, or they are happy to ignore the risk so long as the money is still flowing.

The problem for Australian major law firms (which include Allens, Herbert Smith Freehills, Ashurst, Minter Ellison and King & Wood Mallesons) is that growth rates for legal services has reduced significantly and the “rivers of gold” are starting to dry up. For major law firms, those rivers of gold comprised largely low-level work done by junior and mid-tier lawyers — stuff like due diligence and discovery. When I worked at a major law firm back in the early 2000s, menial jobs that could have been done by someone with minimal knowledge were often being charged out at rates in excess of $300 an hour.

The problem was the low-level work was largely useless (due diligence is only undertaken so company directors don’t get sued) or mind-numbing (discovery). The only reason clients (usually poorly run large companies) would pay so much for those services is that they were: (a) too clueless to realise what they were paying for; (b) they had no other real option; or (c) they didn’t really care, as it was shareholders’ money anyway.

Sadly for the mega firms, the large companies have finally started to wake up. Instead of large firms using poorly trained juniors to scour through folders of documents, those tasks can be  done offshore by more qualified practitioners for a fraction of the price.

Corporate activity in general has never recovered from the heady pre-GFC days, meaning organic revenue growth rates have been anaemic. The big firms have also run out of “dance partners”. Australian firms got so large that they weren’t able to merge with other Australian firms, meaning they needed to look offshore for partners (this adds a whole new level of risk and complexity).

In a normal industry, a slowing growth rate, while not ideal, is hardly critical. No business is able to grow forever, and law firms, especially since the early 1990s, had a stellar period of growth. The problem with law firms (and most other professional services sectors) is that they are largely pyramid schemes. That is, it’s almost impossible to receive a high remuneration until one has become at least a mid-ranking partner. Below is the type of remuneration one would expect at a major law firm:

What’s clear is that mid- and especially high-level partners are extremely well paid (among the highest paid of any vocation). However, senior associates (usually, lawyers with at least five years’ experience but not yet partners) are, in relative terms, not highly paid, although they do most of the heavy lifting production wise (often generating well over $1 million in revenue each). The model traditionally was that partners brought in the work and senior associates did it.

Lawyers (usually) aren’t completely stupid. The only reason junior lawyers and senior associates hang around working extremely long hours for relatively low remuneration (compared to what partners take home) is that one day they expect to become partners themselves (and make other people work for them for relatively law pay). Partnership is dangled like a carrot, often for years to hard-working, mid-level lawyers. For many years, the pyramid scheme has worked well. A small percentage of lawyers would eventually become partners, while others would gradually fall away into other areas like in-house counsel, industry or banking.

The legal pyramid scheme was able to last as long as it did because the industry was growing strongly. That is, new partners were able to be appointed as the revenue pie was increasingly growing larger (in a sense, the additional profit could be distributed to new partners; existing partners would be able to increase the total profit pool while at the same time increasing the number of people sharing that pool).

But as soon as the music stopped (around six years ago), the pyramid scheme has been exposed like a Bernie Madoff managed fund. Instead of being appointed a partner at 28 or 29 (as what happened until the mid-1990s), partnership was delayed until 32-33. In more recent years, many partners aren’t appointed until their mid to late 30s — meaning they need to toil for more than 15 years to receive an equity stake. Moreover, it takes around five years of partnership to move through the ranks and increase the number of units (the share of profits).

Talented younger lawyers are finally realising this. No longer will they patiently wait while partners, who often contribute less value than they do, take home five or 10 times their remuneration. It’s one thing convincing a senior associate to work 80 hours a week when partnership beckons in a year — it’s a far more difficult sell when partnership is a decade away.

Law firms need to urgently change their model — senior associates should be given shadow equity, and the pay gap between senior partners and the rest needs to be drastically reduced. Sadly, like the music and newspaper industries, the legal business seems more content with extracting every last dollar while the going is good than ensuring their business model will be sustainable in the decades to come.

The ConsMin takeover jumps another gear

ConsMin seems to be in the “Revlon zone”

Are income relativities more equitable in other businesses? They don’t seem to be.

The legal industry needs a clean-up anyway and am glad to see the work is drying up if it was falsely obtained ie. relying on overcharging and client ignorance.

As a related aside, one way the legal industry is hoping to increase business is arguing for a piece of the pie in FTAs (the current TPPA) by pushing governments to allow investor-state dispute settlements, as was put forward eagerly by one legal practitioner in the Brandis vs Dreyfus debate prior to the election. Selling the country down the river along with taxpayers so the 1% can live off the largesse of the people.

These ISDSs have the potential to see corporations, to some extent, setting national agendas on policies ranging from health to environment to tax. Will the legal profession put self-interest ahead of national interest.

My heart bleeds. Actually have to work for 15 years (at a very good to wealthy salary) before becoming obscenely rich? Gosh! Maybe they should join a union to address this iniquity.

What Adam neglects to mention is that we all know the deal as we go thru’ law school. Do a few clerkships and see how the underlings work like slaves and the partners drive Rollers. If you enter that factory system, you know what you are in for. People go to firms like that for the prestige, the resources, and the money. Because even that graduate salary is probably as much as what a lawyer at a community legal service is paid, with 20 years of experience.