It's systematic. It's certainly hackneyed. Why, it's Greased Lightning. Again. And with a cast that, frankly, doesn't do much to revive the '70s stage favourite.

I was just a little bit too grown-up (or so I fancied) for Grease when it arrived on the scene in 1978. I’d just finished high school and was possessed of a peer-pressured, or self-possessed, need to seem, if not be, cool, at least by association. Ironically, this tended to mitigate against overt enjoyment of this musical. Covertly, of course, it was a different story: I’d always liked the escapist denial of the ’50s, which pretended everything and everybody was OK.

The decade in which rock ‘n’ roll was born was redolent with lifestyle imagery: the overblown cars, dos and clothes. I sometimes wished I’d been born in ’49, rather than ’59, in the US, so I might’ve found myself slap bang in the middle of this post-war milieu. Of course, this halcyon status only really pertained to the white middle-class, which is what I mean by the denial necessary to be able to get off on it.

Randal Kleiser directed the film and it’s probably the one for which he’s best known. Of course, I’m speaking of the film as if it’s what came first, but no. Grease, unlike some other musical adaptations of recent times, was originally a musical, written by Jim Jacobs and Warren Casey, which hit the boards in 1971. It was conceived the previous year, inspired by a cast party for another musical, at which Jacobs pulled out some old 45s. Little Richard. Dion and The Belmonts. The Flamingos. Scratchy, snappy, crackly, poppy nostalgia. After pitching a vague notion to Casey over a few (hundred) beers, they more-or-less agreed on a plot line and characters. They even came up with the title. All before daybreak.

It became (at least according to Jacobs’ program notes) the longest-running show in Broadway history. Harry M was quick off the blocks, launching it down under as early as 1972, but, for whatever reason, the time wasn’t quite ripe. It went belly-up and the next thing we knew, John Travolta and Olivia Newton-John were all over our screens, helped along by excerpted clips of the hits, which aired, as I recall, on shows like Countdown and Donny Sutherland’s Sounds Unlimited.

And this is the point. As with certain other shows, our key reference-point isn’t a stage musical, but the film. In other words, we’re bound to use Travolta as our benchmark for Danny, Olivia as our yardstick for Sandy; and so on. And this is one of the areas in which John Frost’s current staging almost inevitably falls down. Rob Mills is likeable, a creditable actor and singer, but lacking the charisma of his systematic, hydromatic, ultramatic, cinematic shadow. And while, in principle, I applaud the intestinal fortitude of the producers casting Gretel Scarlett as Sandy, she’s not ready: he vocal control is questionable and she leaves an impression of being lightweight. More experience, please. This makes the casting of Lucy Maunder a blessing and a curse. For Maunder (and me), it’s a blessing. It’s another leg-up for her career, since she’s easily the best thing about the show. For her co-stars, it’s a curse, as she easily overshadows them, in a lesser role. That’s not really kosher. But she can’t help it. It’s a question of ability.

As I understand it, the premise for this relaunch of the show is that it will attract a new, young audience. Think again, Einsteins. The sounds and sentiments of early rock ‘n’ roll are likely to prove entirely foreign to anyone under 18 now. That would, perhaps, explain the tending-towards-geriatric (OK, middle-aged, but we all know where it’s heading) demographic skew that appeared to typify much of the audience; yours truly included. We were all there for a heaping “helping” of nostalgia, even if for a time that barely existed here, by comparison: most of our fond recollections are probably gleaned from the likes of Elvis, Ann-Margret, Tab Hunter, Sandra Dee and Annette Funicello. Still and all, we had bodgies, widgies and JO’K. Anyway, seems to me that’s the audience: people who lived that life; or who are at least old enough, like me, to touch the sides.

But even for us, the story’s looking a bit lame and predictable now, surely. What was once sweet, is now cloying. We might’ve liked Coke then. Chances are we prefer pinot noir, now. Which means the show comes down to a few ingredients: sets; costumes; choreography; lighting; comic acting; charisma; strength of performances; the songs; the songs; the songs.

So, let’s break it down.The sets aren’t anything to write home about. Costumes are good. Choreography, witty and polished. Nothing wrong with the lighting. We’ve covered key performances; some of the best, behind Maunder, come from various supporting cast and, overall, the ensemble is robust. Bert Newton and Todd McKenney are, obviously, popular favourites, but these two institutions didn’t do too much for me on the night, other than lift the charisma quotient. Anthony Callea’s inclusion is well out-of-whack. He can sing, but can’t adapt to the style of the work.

The song lyrics may be as cheesy as Twisties, but they’re just what the doctor ordered and the music is often terrific. Let’s face it, you’re a right stick-in-the-mud if you don’t find Greased Lightnin’ or You’re The One That I Want fun. For mine, it’s Maunder, the ensemble and the songs that are the strengths of this Grease. Otherwise, it ain’t so well-oiled and is as flat as day-old Dr. Pepper. 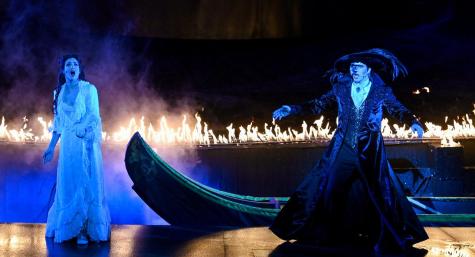 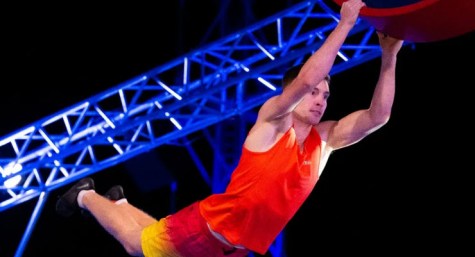