Railing against the patriarchy while spending your pay cheque on lipstick is not feminism. It's boring. Please, Annabel Crabb, tell us more about central banking. 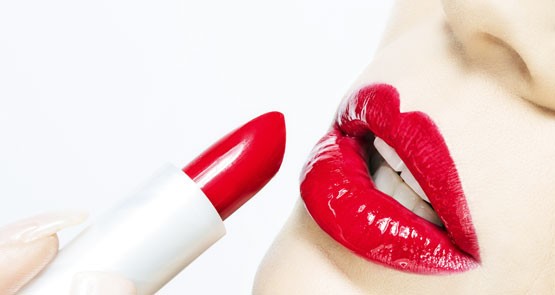 I have long admired Annabel Crabb. And not just for her luscious brown curls and buns wrought from Australian ore*. As a political writer, she’s really not half-bad.

Which is to say she’s fab. For the better part of a decade, Crabb has moved with comfortable grace towards a goal my own gaucherie fails to approach. Which is to say, she has depicted complex events — in her case, those unfolding in Canberra — in a marvellously straightforward way.

A gift for sprezzatura nearly always ends in success, so it was no surprise when Crabb was employed as a broadcaster and a lifestyle columnist. I remember the dazzling erudition of her election ’07 commentary and mourn the loss of a truly populist voice in the gallery. But a talent like this will not go unpunished by a range of temptations. I just kinda wish she had not given in to that which we saw this past weekend.

Female correspondents — even good ones like Crabb — seem lately unable to resist communicating concerns about “body image”. This, I think, has less to do with an urgent need to remediate the male gaze and much more to do with an iron-clad guarantee of approval. Write about The Pressure to Look Good, and you’ll find a wide and uncritical audience.

Hold forth with any degree of earnestness about “body image”, and your thoughts will ricochet around the internet with all the speed and force of Oprah at an ashram buffet. You might even profit.

When the actress Ashley Judd last year wrote a piece about press interest in her appearance, she was hailed as thoughtful and brave. I found the jeremiad of a woman who’d long made her living through trade on a broadly acceptable appearance self-serving and craven. But I am not very nice and remained uniquely unmoved, too, when Britney Spears released “before and after” Photoshop images in a move intended to “empower”.

This is not empowerment. It is not, as it initially appears, a selfless move to reassure All Women that physical perfection is a damaging fiction. It is, rather, a prudent marketing decision that sells the idea of “self-esteem” to a mass audience while not actually risking the simultaneous sale of beauty.

To be clear, I have no real problem with the sale of beauty per se. Nor of the sale of sexuality, chastity or any of the other tedious feminine qualities the market reproduces. For mine, it is the mechanism of the market itself that is the problem, not the goods in trade.

In other words, it doesn’t matter if you’re Miley Cyrus selling your sexy sexual awakening, Ashley Judd selling your embarrassing first-year gender studies or McDonald’s selling charity, you probably need to fuck off and stop pretending that you care for anything but the success of your brand.

I have written fairly extensively about the sale of “body image” and self-esteem before. I have pointed out that there is no proven nor probable connection between media images of “perfect” women and dysmorphic disorders and that “real beauty” is as invented and as saleable as any other kind. I have critiqued government attempts to endorse a “real beauty” standard as hopeless and, to be honest, I thought I was pretty much spent on the topic.

But that was before reasonably bright people began talking about the matter.

I was especially annoyed when a writer whose work I have so long enjoyed wrote a piece on an idea so hackneyed. To see Crabb’s piece — and, to a lesser degree, to hear Lisa Wilkinson talk about the same palaver at the annual Andrew Olle lecture on journalism — is to see a sort of cultural trickle-up economics in action. That is to say, the intellectually affluent are now thieving from the intellectually poor.

It is certainly true that Crabb’s comic piece on the travails of television make-up was better and funnier than most of the pish on the much-discussed topic of female beauty. But it is also true that you all need to shut your pie-holes.

“Anyone with a pair of tits knows it: the register of a woman’s moral condition is linked closely with her proximity to a phallic ideal. Duh.”

Every day, 400 pieces of ill-conceived nonsense on “body image” are published, each one failing more admirably than the last to say anything more glorious than “leggings can be pants!” or “women’s appearance seems to hold more cultural significance than men’s appearance”, appended by a hasty “but I choose my choice to Botox” as though the “right” to “feel beautiful” were something endorsed by John Locke and on a par with reproductive autonomy.

I have actually seen women appropriate the old libbers’ slogan “My Body My Choice” to explain their cosmetic surgery. Feminism is not something to make you feel good about yourself, you tit.

Oh. Silly me. Yes it is. It’s a makeover for the soul, a means by which well-paid women who have enjoyed the privileges of looking quite nice extend their careers.

Look. Greer wrote it. Irigaray wrote it. Wolf wrote it. Anyone with a pair of tits knows it: the register of a woman’s moral condition is linked closely with her proximity to a phallic ideal. Duh.

What we might think about doing instead of writing horrible op-eds and delivering disappointing speeches that make even me seem learned by contrast is taking a literal pause in buying beauty.

Don’t buy it. Just don’t buy it. Don’t venture into the 90% of retail floor space devoted to vending women’s beauty “needs” and spend your 80% of the male median wage on endorsing the thing that is so widely critiqued. Or at least, if you do, don’t tell me that it’s “your choice”, when plainly the only choice you have made is to adhere more closely to an ideal that proffers you advantage in a visual marketplace in which you have, in a financial sense, consented to be an object of trade.

Choice is largely illusory. One cannot choose, for example, to live outside the parameters of gender identity, worse luck. One can, however, choose not to buy things.

This is my proposition. For one month, stop railing against the idea of feminine beauty and just stop buying it.

It might not change the world, but it will provide me with something more interesting to read about than One Woman’s Moving Need to Outrun The Beauty Myth.

And, you, Crabb. Explain central banking to me and makes gags about the debt ceiling in your next column. I adore you.

*Statement may contain traces of troll

apparently “houghtful” is not a scrabble word, a fact to which you could, correctly, blame the patriarchy. i am sorry for your oppression, helen.

I agree. Less talking (to secure the brand(, more not buying (the other brands). But that’s too hard for most people. No one wants to be the girl not buying and wearing…

Not sure about this one though:
“Feminism is not something to make you feel good about yourself”. Thought it was about choice.

Anyway, enjoyed it. Keep up the good work.

I’ve already said it on twitter, Facebook & the blog but reading this again confirms not only that it is an excellent piece of writing but it perfectly articulates a well thought through view on these issues. It is a view I share after much reading & thinking on these things over many years. Thanks Crikey for publishing a great article by a very fine writer