The Victorian government handed millions of taxpayer dollars to US defence giant SAIC with no justification and no reference to the company's many scandals, write Bernard Keane and Farz Edraki. 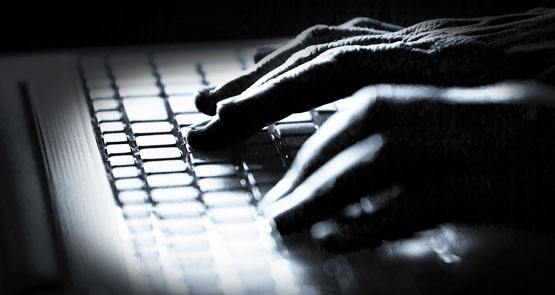 The Victorian government has approved a multimillion-dollar handout to US defence giant SAIC on the basis of a short brief with cut-and-pasted information, no evidence of the value of the grant and no reference to the company’s scandal-plagued history in the United States.

Documents obtained by Crikey under Victorian freedom-of-information laws have been heavily redacted and do not disclose the size of the gift from Victorian taxpayers to SAIC to establish a data mining and cybersecurity centre in the Melbourne CBD. However, they reveal the extraordinarily thin basis for a handout of what is, judging by the redactions, at least a seven-figure sum and possibly higher.

In a briefing sent to then-ministers Richard Dalla-Riva and Gordon Rich-Phillips on April 4, 2011, the Department of Business and Innovation recommended ministers approve a grant from the Business Assistance Program as part of a larger, undisclosed handout to SAIC to “establish its Asia Pacific Headquarters and its Asia Pacific Cyber Security Operations Test Lab in Victoria”. A grant from “ICT program funds” was also recommended.

SAIC’s test lab was to be an accredited “‘Top Secret’ Secure Facility” in which Australian government cybersecurity work could be conducted, aimed at “high-end defence simulation and cyber security, with some resources dedicated to CBRN (Chemical, Biological, Radiological and Nuclear research)”.

The department’s rationale for the handout takes up less than two pages and includes text taken from US websites about the company’s background. It boils down to “without the support and intervention of the State Government, this project could be established outside of the State” and that:

“Securing SAIC’s Asia-Pacific Headquarters and Asia Pacific Cyber Security Operations test Lab in Victoria would be of high strategic value to the state.”

The only further justification for the handout is that it would “[establish] a converged defence and technology capability”, “[grow] the skills base … and local talent pool”, “attract further R&D from international players” and “[secure] significant export earnings”.

Beyond these bland assertions, there is no actual detail or effort to quantify benefits or provide a basis for future evaluation of the handout. There is no attempt to detail what the expected level of export earnings would be, what further R&D investment might be expected or what benefits would flow from a “converged defence and technology capability”. The only identified metric is that 50 jobs would be established. Nor is there any definition of what “strategic value” is or how it could be measured, or, beyond the 50 jobs, any performance indicators to enable an assessment of whether the handout benefited Victoria.

This year SAIC split into two new companies, SAIC, which will focus on government contracting, and Leidos, a technology company. The company had been plagued by collapsing revenue and disunity in recent years, and its most recent results showed a 62% fall in profits.

The brief fails to mention SAIC’s profoundly problematic record in relation to government procurement in the United States and elsewhere. That history includes:

Worse for a company that has established a data mining centre, after SAIC was given its handout in 2011, it revealed a major data breach in which the medical insurance records of nearly 5 million US military personnel were stolen from a car of one of its employees. A class action in relation to that breach is currently pending in California.

None of SAIC’s long history of fraud, non-delivery and dodgy procurement practices (its deep involvement in the Bush administration’s mishandling of Iraq is a separate matter) made it into the department’s brief extolling the virtues of SAIC and why it should be given a seven-figure handout, not even in relation to possible risks arising from the company’s non-delivery or late delivery of projects for governments elsewhere. Indeed, the lack of performance indicators means it’s impossible to determine if SAIC ever fulfilled its commitments.

Sounds like the F35s again – us subsidising the US economy?

There is one obvious overriding reason for Victoria to establish “converged defence and technology capability”: It’s yet another thing that can be nicked from South Australia.

While you maybe right klewso, it appears to be a rebuild of the old SOIB (Subversives Operations Investigation Branch)of past Vic Police ‘fame’ under Bolte, that operated from the dank cellars of the Fitzroy Town Hall.

Sounds remarkably like the letting of the Myki contract.

The US company Keane Inc wholly owns Kamco, the company developing Myki for the Victorian government.

In its own words Keane Inc. “partners with businesses and government agencies to optimize IT investments by delivering exceptional operation, maintenance, and evolution of mission-critical systems and business processes. Keane helps clients realize the greatest value from their IT investments by leveraging an insider’s hands-on understanding of the nuances and subtleties of their applications, processes and infrastructure making the recommendations we give more actionable, the work we do more pragmatic, and the results realized more measurable.”

Give that level of linguistic clarity, is it any wonder that Myki was beyond their logistic capacity. The larger worry is that the government’s twoddle detectors seem permanently disabled.

They subsequently rewrote their mission statement, adding a few more full stops but it seem the government Twoddle detectors are permanently out of commission.