Huawei has launched a charm offensive to portray itself as independent of governments. But it has a track record of working closely with the world's worst regimes. 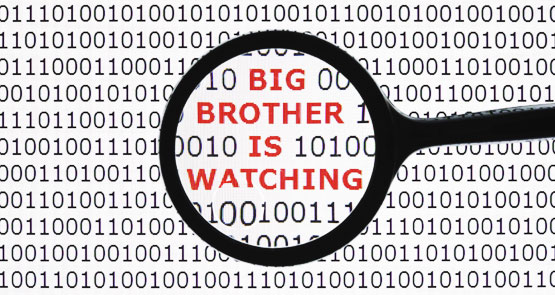 Chinese communications company Huawei has launched a major charm offensive that whitewashes its track record of working closely with some of the world’s worst dictatorships.

In seeking to exploit the revelations about mass surveillance perpetrated by the US government via US IT firms, two weeks ago the company released a cybersecurity “white paper“, in which deputy chairman Ken Hu claimed:

The claim is designed to address the belief that Huawei provides  the Chinese government with access to its products, which has severely limited the company’s operations in the United States and caused it to be ruled out of participation in the NBN here on the recommendation of security services.

However, that ban is now under review by the Abbott government as a result of the assiduous efforts of former foreign minister Alexander Downer and the company’s efforts to cultivate senior Coalition figures such as Julie Bishop, Andrew Robb and Malcolm Turnbull. Downer, who along with former Labor premier John Brumby is on Huawei’s Australian board, is rumoured to be earning a six-figure retainer for his work in getting Huawei out of the procurement Siberia intelligence agencies have placed it in. Contrary to some media reports, no final decision has been made on whether Huawei will be permitted to supply equipment for some parts of the NBN.

Whether the review lets Huawei back in to part of the broadband network remains to be seen: Labor figures familiar with it describe the evidence compiled by intelligence agencies about Huawei as overwhelming. However, the government’s eagerness to smooth the way for a free trade agreement with China is clearly in conflict with national security considerations.

In June, the influential UK parliamentary Intelligence and Security Committee issued a scathing report about the failure of British officials to properly vet a deal between BT and Huawei that allowed the company access to critical British infrastructure. While much of the report is redacted, it states:

“… the Security Service had already told us in early 2008 that, theoretically, the Chinese State may be able to exploit any vulnerabilities in Huawei’s equipment in order to gain some access to the BT network, which would provide them with an attractive espionage opportunity.”

The committee also noted that “Huawei continues its PR battle to demonstrate independence” — independence from the Chinese government, with which the company strenuously denies links. The cybersecurity paper, written by senior vice-president John Suffolk, a former UK chief information officer, is part of this charm offensive.

However, the claim at the core of the paper, that Huawei has never co-operated with governments to give them access to its hardware, or provided user information, is demonstrably false.

As The Wall Street Journal reported two years ago, Huawei worked closely with the Iranian government on Iran’s telecommunications system, installing equipment that allowed the regime to track the location of mobile phone users. The company also pitched a mobile phone news service, emphasising it had experience with censoring news because it was from China. Huawei refused to deny the reports and later scaled back its Iranian activities.

Cybersecurity expert Jeffrey Carr also notes that Huawei’s claims were at best disingenuous given Chinese state-owned telecommunications companies are key Huawei customers and all of them monitor traffic at the behest of the Chinese government, which requires access to networks as a matter of law.

In recent years, Huawei has significantly ramped up its presence in the Middle East and recently opened a logistics hub in Dubai. Huawei works closely with Saudi mobile phone telco Mobily in providing network services. According to a Freedom House report on Saudi Arabia,

“Surveillance is rampant in Saudi Arabia. Anyone who uses communication technology is subject to government monitoring, which is officially justified under the auspices of protecting national security and maintaining social order. The authorities regularly monitor websites, blogs, chat rooms, social media sites, and the content of email and mobile phone text messages.”

In 2010, the Saudi regime banned Blackberry until the company provided a backdoor for encrypted messages. And Mobily recently sought the assistance of a prominent US software engineer to help it intercept customer data on mobile platforms, although it has since denied that it did so.

Huawei also won numerous contracts for network services in Gaddafi’s Libya, which established an elaborate internet and phone surveillance system, although it was another Chinese firm, ZTE, that was among the companies that provided monitoring equipment to Gaddafi. Huawei has also been successful in winning contracts to install networks in a number of African countries, some of which, such as Ethiopia (where Huawei has been particularly successful), have sought Chinese expertise in censoring the internet and monitoring users.

Huawei has a long track record of tendering to meet the IT surveillance needs of dictatorships. Ken Hu’s blithe assurance that the company has never co-operated with governments in sharing user information and providing access to its networks is indeed disingenuous, and probably much worse.

So let me get this straight. In the interests of national security all of our communications are monitored and whistleblowers are jailed and yet we may be allowing a foreign state owned entity to work on our internal communications backbone. Insanity!

I always found this a little troubling, too. Mr Richardson is now Head of Defence Dept.

If Hauwei are allowed access to our networks, we know for sure that the Abbott government have no interest in the information safety of Australians.
A government that does not, should hope it does not last.

Cisco and other US firms have spent decades supporting intelligence activities for repressive regimes in the Middle East and elsewhere. They’re having trouble matching Huawei pricing, but it’s not because they have stronger ethical standards.

Just want to understand the moral equation there. I’m not defending either the US or China. But in the wake of the revelations about the NSA’s role in weakening encryption standards in the draft stage, I’d say it doesn’t much matter *who* provides your routers! switches and firewalls. All the good intelligence agencies should already have, or be in the process of acquiring, the means to snoop on every network no matter who makes the infrastructure.

I eagerly await the Clapper/Morell whitewash due to be delivered to Obama in the next few weeks – portions of it will be declassified, presumably to create the appearance of propriety while data and voice traffic continues to be monitored by the big server farms in Utah, Gloucestershire, Levallois-Perrot and Wuhan/Beijing. All your secrets are belong to us.

A plague on all their houses. Don’t imagine any one network systems provider is any better than the others. All else is mere propaganda.