Popular author Tim Winton reckons the shackles of social class are becoming heavier in Australia -- but that no one's allowed to talk about it. He broke this taboo in Melbourne on Monday in a speech to "comrades". 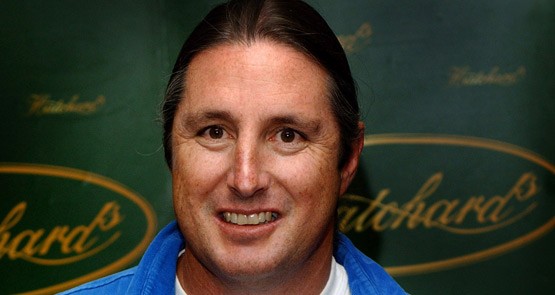 Tim Winton, politely but insistently, would like a recently imposed taboo to be lifted. This taboo is taking away people’s opportunities and may crimp the “life and mind” of Australia, he argues. So what is it?

“It’s politically incorrect to talk about class,” Winton told a Melbourne audience last night. “You’re not allowed to talk about it.”

The popular Fremantle-based author argues the constraints imposed by social class, after a hiatus caused largely by Whitlam-era policies, are creeping back — but with the added burden that people are now not permitted to discuss (or rail against) class stratification. Such critics are now labelled as whingers who indulge in the politics of envy, he says — a label he has attracted himself.

And Winton reckons this is a problem because as the chains of class quietly settle back into place due to regressive government policy, no one is really talking about the implications.

Winton, in a blunt and funny appearance before 1100 people, drew heavily on his experiences — or as he described it, his “inheritance” — as the first member of his working-class family to finish school. He went on to publish 25 books, from Cloudstreet to Breath to Dirt Music, becoming “bourgeois … by the power of the pen”.

The story of a person from a working-class family who feels the expectations and hopes of previous generations that they will rise through the ranks — but also feels the guilt of doing so (or the fear of “not measuring up”) — is a familiar theme in Winton’s work. The author’s national speaking tour, which wraps up in Perth on Thursday, is to promote his most recent book Eyrie. It tells the story of Tom Keely, a Perth man from a working-class background who shifts to the middle class before hitting the kind of troubled times that Winton has forged a glittering career in describing.

In other words, Winton has class and class movement on his mind. “I’m class conscious, there’s no question,” he said, before addressing the Melbourne crowd as comrades.

As he sees it, Gough Whitlam’s prime ministership, much maligned for its perceived economic chaos, heralded an opening, a pulling down of fences via free education and other policies. This brought an age of prosperity and expanded “the life and the mind” of the country. But more recently, those very people who benefited from free education have been “putting the fences back up” as soon as they get into cabinet, via regressive policies on education, single mothers’ payments, etc.

Winton criticised successive governments for focusing on the economy as an end in itself, and a “retreat into individualism” — criticism that drew applause and murmurs of approval from those at the Wheeler Centre event at Melbourne Town Hall.

Winton did more than rail against social shackles, however. Tanned and clad neatly in a faded black T-shirt and jeans turned up at the cuff, with his trademark greying ponytail stretching halfway down his back, he also provided an insight into how he creates his characters and storylines — although apparently it’s more a case of visitation than creation.

The author who created Cloudstreet’s memorable Fish Lamb and Dolly Pickles, and Breath’s Loonie and Eva, reckons his characters “just show up”. “They just bubble up out of the ecosystem, that’s where I start, I start with place,” he said. “As it comes off the end of your arm, you think, ‘Oh, OK,” he said on how his plots evolve.

As Winton describes it, he’s a passive channel through which his characters, with whom he spends years, emerge. Sometimes they come back of their own accord in a different book; “they’re hard to shake off”. He doesn’t reread his own books.

As to Eyrie, he says it’s a rumination not just on class but on WA’s thin-skinned narcissism; a family that seeks to rescue that which it encounters; and the accompanying realisation that there is no such thing as doing unalloyed good. Winton donned thick, black spectacles to read a few excerpts to the audience, declaring: “I’m just going to start reading, because I’m terrified.” He did appear nervous, but remained pithy and articulate. The Q and A session was to have been hosted by comedian Judith Lucy, but she was taken ill and replaced by Wheeler Centre director Michael Williams, who — fortunately — had clearly found the time to read Eyrie.

The threat of a class war regarding looking after our weakest and poorest is used as a threat by the royalists and the right to allegedly undermine the credibility of anyone who raises it; Stifling a revolution by salving the proles with comic book papers that contain sports results, cartoons and demeaning caricatures to distract them; while the rich get richer and go about their business and the unwashed are no wiser. Nothing has changed in this country and WA has more “old country” punters, (and individuals getting richer at the proles expense)than any other state. Cloudstreet.

Interesting Drmick. Winton read out a beautiful excoriation of WA from Eyrie last night, which included the description of the state as “Leviathan with an irritable bowel … thin-skinned and rich”. The passage was somehow not without affection for WA tho.

Australia’s class system has been turned on it’s head in the last 15 years. It’s become Americanized.
Australia’s lower class actually believe their lack of job security and financial stability is a temporary thing, one that can be turned around quickly if the government gave them a break, the illegals stopped coming, and the non-working welfare recipients got a job.
It’s not their fault they are poor, it’s the greenies, the dole bludgers and the refugees who are “wrecking the joint”. Australia’s working poor actually believe they are the cashed up bogans of the near future.
It really is a massive win for conservative PR. The uneducated poor now vote for a government that actually undermines their unlikely chances of breaking into the middle class.

I am fond of WA too Ms Alexander; I think Mr Winton is a soul that is present in each town in our country, and i enjoy every picture he paints with his words. Just stating fact

I get tired of Tim Winton banging on about his working class roots and how he was the first of his family to finish high school. I am slightly younger than he is and grew up in Ipswich where I finished school at fifteen; the emphasis here is on the word ‘finished’. People of Winton’s era either finished in year ten or they finished in year twelve. It is only working-class wannabes who talk about ‘dropping out’ of school or being the first to blah, blah, blah (Richard Flanagan does this ad nauseum too). Maybe they think it makes them more interesting. God knows Winton could use some help if ‘Eyrie’ is anything to go by. It is boring – I am at the half way mark and don’t know if I’ll get much further. But I imagine that it will sell well because those who don’t know anything about the working class probably think they are getting an insight into what it is truly like through the stereotypical two-dimensional characters that Winton trots out in book after book.