At 30% of ASX value, Australia’s banks are truly too big to fail

Australia's banks now occupy a dominant role in our economy -- and are thus the dominant risk. Unlike anywhere else in the world, they now really are too big to fail. 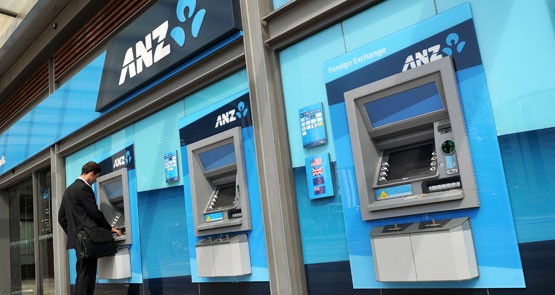 You know the biggest threat to the Australian economy? It’s not the debt ceiling or the level of debt, or the recapitalisation of the Reserve Bank, or even the high value of the dollar.

For Treasurer Joe Hockey, the real policy headache might the creeping takeover of the economy by the big four banks. In fact, the Australian economy is now hostage to the fortunes of the big banks, something beyond the control of the federal government.

Anyone with half an eye on the sharemarket will have some understanding of the dangerous area we are entering: rising banks shares in the past month have pushed their value to record highs in the case of the ANZ and the Commonwealth, and a near-record for Westpac. The National Australia Bank is at a five-year high (its all-time high was before the GFC, which tells us it’s the laggard in the quartet). In fact, the ANZ and CBA leapt yesterday to all-time highs at the end of trading as analysts forecast a solid result and a higher dividend. And the ANZ justified that rise this morning with a record cash profit of $6.498 billion and a higher dividend.

At yesterday’s close, the big four banks’ combined market values topped $400 billion yesterday, led by the Commonwealth with $124 billion and Westpac with $107 billion.

At this level, the big four account for around 30% of the value of the sharemarket, more than a quarter of the value of the $1.6 trillion superannuation pool of savings and around 26% of the size of the Australian economy. No other country in the world has its economy and savings hostage to such a small group of companies. Not even Apple, Google, Microsoft and General Electric (to name four giant US companies) dominate the US economy like our big four banks dominate ours.

Their combined profits for the year to September 30 are estimated at around $27 billion. That will be just under 2% of the size of the economy — no other banking system around the world has such profitable banks. Our big four are truly too big to fail and that should be the central part of the terms of reference of Hockey’s pet subject, an inquiry into the financial system.

Small and large super funds would take a big hit (as the Reserve Bank fears), the sharemarket would go backwards, household wealth would take a whack, consumer spending would slide and confidence would plunge. The value of the dollar would also fall sharply (for some, including the RBA, that wouldn’t be unwelcome).

And replenishing the RBA’s Reserve Fund would not make one jot of difference. Any fall in the value of the dollar would boost the value of the fund through valuation effects on the bank’s holdings of foreign currencies.

And who is responsible for the banks? The lead regulator is the Australian Prudential Regulation Authority, the RBA and then the Australian Securities and Investments Commission. Federal Treasury has a subsidiary role through the council of regulators. And the board members of the big four banks — all 40 of them; 31 men and nine women. The key regulators, APRA and the RBA, are introducing tough capital and liquidity rules to help protect the economy from the next crisis. Along with the boards of the RBA and APRA, there are fewer than 70 people involved in making sure the banks are safe and don’t damage the economy. Hockey is not one of them, even though he will inject himself into any situation; regulation has to be kept discrete and separate from the government.

Besides a property crunch — the traditional weak point for banks, especially commercial property — the other factor that could cause problems for our banks and the economy if there was a sharp downturn or a financial crisis is China. That’s not on the cards, but it would batter our economy like no other around the world.

The point about the Treasurer being a passenger is well made.
It would be so easy for a government owned bank to get a slice of that $27bn in annual profits .
I put the idea to Anthony Albanese last month …when he was in there campaigning for the leadership of the ALP.

But he did not respond .
This too big to fail phenomenon .Its a global political failure..but that does not excuse our own pollies.

It will be interesting to see if Joe starts the bank bashing like he did in opposition at every opportunity?

Is banks’ share of the local stockmarket the same as their share of the economy? If the big 4 banks nonetheless are an economic risk, there seem to be 2 options. The Australian Government could force fragmentation of the banks and then limit each to a maximum share of the market. Or the Government could increase regulation and monitoring to reduce the risk. The second option currently seems more likely.

Isnt the dominance of the finance sector over the ‘real’ economy pretty much what preceded the banking collapse everywhere else? The banks have indebted the nation to the extent that they now vaccume up vast amounts of income. But they don’t actually want to own anything they have as collateral on their books. Their profits would dissappear overnight if they had to reposses, maintain, sell or rent all the real estate they claim to have anchoring their books. So its a game of chicken in which they try to own the profits of the economy, without getting trapped into owning any actual assets. Thats not a take over of the economy, its parasitism on the economy.

Does anyone understand fractional reserve lending? I understand it means that if a depositor puts 10K in the bank ,then said bank is allowed to lend 70K out to others, plus interest. What a gig!, What a business model!!-any other business doing this would be deemed illegal- so how can currency not be inflationary and how can the banks, in time, not subsume the rest of the economic landscape- it’s mathematical certainty and its a serious concern