A day to recognise cats, the net … and psoriasis (<em>Crikey</em>‘s is coming)

How does World Psoriasis Day come about? How about the year of quinoa? Crikey intern Natalie Tencic takes a look at how these days are created. It's mostly the UN's fault. 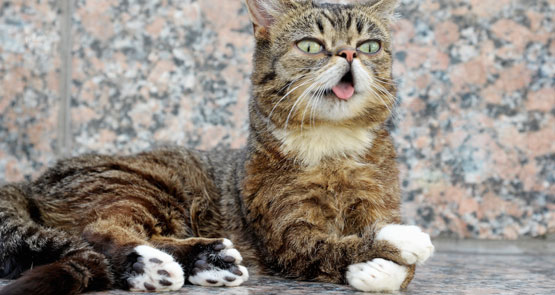 So while you’re downing that bowl of quinoa, checking out cats on the internet, mulling over the importance of disarmament and stressing over the state of your skin and feet, Crikey took the time to consider where all these inane commemorations come from.

The United Nations and its agencies are responsible for the bulk of official international observances and world days. These are most often brought into effect after being proposed as resolutions to the General Assembly and are usually created for awareness, revitalisation or appreciation of the day’s subject. The most recently implemented new day is the International Day of Sport for Development and Peace, which was approved by the General Assembly in August and is to be celebrated annually on April 6 from next year.

The United Nations has 119 officially listed international days of observance covering everything from television (November 21) to seafarers (June 25) to malaria (April 25) to happiness (March 20), though these vary from year to year. Some observances are recognised in an ongoing capacity, while others are one-off events, like World Statistics Day (October 20).

If all of the days, weeks, months and years weren’t enough, we are also currently in the middle of 10 UN-sanctioned awareness decades. That’s 10 whole years to think about road safety, biodiversity and eradicating colonialism.

Other days, weeks and months may be established by independent health or non-government organisations to raise awareness for certain issues. World Psoriasis Day, as a timely example, was conceived by a global consortium of psoriasis patients in 2004, then endorsed by the International Federation of Psoriasis Associations as an “official” event for October 29.

Anyone can create an awareness day, with the only requirement getting enough groundswell support to be widely considered legitimate. Your day doesn’t have to be about cancer or peace to get attention. International Talk Like a Pirate Day, the brainchild of John Baur and Mark Summers, began in 1995 as a funny idea between friends. They chose the arbitrary date of September 19 to go around saying “Arrrrr!” a lot, mainly because it was the only date they could think of that wasn’t already taken. The day — observed by publicly talking, dressing, walking and behaving like a salty dog of the high seas — was initially observed by their friends, but picked up a following after a write-up by Pulitzer-Prize winning columnist Dave Barry in 2002.

“What once was a goofy idea celebrated by a handful of friends has turned into an international phenomenon that shows no sign of letting up,” goes the story on the ITLAPD website. After an avalanche of media coverage, the day gained popularity, with observer and registered party numbers growing yearly.

It’s all right to select a day that’s already spoken for to create a new awareness day. According to researchers at calendar website Days of the Year, there are “there are many more Days than there are calendar dates”. For example, on March 21 each year you’ll find yourself observing International Day for the Elimination of Racial Discrimination, World Poetry Day, International Day of Nowruz, World Down Syndrome Day, Common Courtesy Day and International Day of Forests and the Tree.

It would sound like they’re just making things up, but that is exactly how periods of observance come into being. If there’s not a day or week or month that recognises your particular issue, just invent it.

So we’re declaring a new international observance. January 17 is World Crikey Appreciation Day, a whole day dedicated to sharing the Crikey love. It happens to fall on Ditch New Year’s Resolutions Day, but we’re not too worried about competition. Unless your New Year’s resolution was to read more Crikey. Don’t ditch that, please.

Looking to rewrite history? Here are a few places to start

Crikey roundtable: how should we feel about Anzac Day?