Few Andrew Olle Media Lectures, if any, have moved members of the audience to tears. That all changed this year.

Few Andrew Olle Media Lectures, if any, have moved members of the audience to tears. As a rule, the speeches have covered topics such as media ownership, censorship and technological change, usually provoking nods of agreement from the cynical, world-weary journalists in attendance rather than vigorous debate. They have also — with only two exceptions in 16 years — been given by men.

That all changed this year. In front of a black-tie crowd including Treasuer Joe Hockey, NSW Premier Barry O’Farrell and Australian of the Year Ita Buttrose, Channel Nine Today host Lisa Wilkinson homed in on a topic no Olle lecturer has previously tackled: sexism and misogyny. Zeitgeist, consider yourself captured.

“[A]s a woman in the media, it has truly saddened me that while we delight in covering public issues of overt sexism — possibly the hottest topic in the media right now — the media itself can be every bit as guilty at treating women in an entirely different way to men,” the former Cleo and Dolly editor said.

“I despair when I see the same media that decries sexism and misogyny itself engaging in it with such uncaring ease.

“I despair that every time a female journalist is profiled in the press, her age is usually mentioned by the second paragraph, as if it is a measure of her sexual currency and just how long it will be, before it expires. And yet, does anyone here know or care how old Kerry O’Brien, Kochie, Tony Jones, Hugh Riminton, Ray Martin, Peter Overton or Laurie Oakes are? They are all brilliant at what they do, and the rule of thumb is that the more experienced they are, the better they are at their jobs. So why, so often, doesn’t that same measure apply to women?”

The annual lectures are given by a senior media figure and named after the late, beloved ABC broadcaster Andrew Olle. Wilkinson is the third woman, following Jana Wendt and Helen Coonan, to be given the honour.

In her turn at the podium (read the full speech here), Wilkinson also took aim at the prevalence of scarily skinny models on magazine covers and on catwalks, and at the obsessive focus on how women in the media look and at what they wear. Social media platforms such as Instagram, Wilkson argued, have only made this worse.

Many in room were left aghast when Wilkinson read out a letter from a female Today viewer who compared her and newsreader Georgie Gardner to a “chorus of cats” and said she should stay at home with her husband instead of interviewing politicians. Wilkinson later discovered the viewer was a former executive at Unifem, the United Nations body dedicated to combating gender inequality.

While unlikely to follow former prime minister Julia Gillard’s misogyny speech and become a global hit on YouTube, Wilkinson’s lecture had a similarly cathartic, divisive effect on those at Technology Park in Sydney’s Redfern. The crowd gave it a genuine, lengthy standing ovation; one senior ABC producer was crying. Many were rhapsodic. Others hated it. Debate about the speech raged on until 2am among those who kicked on to the Imperial Hotel.

Before the speech, a well-known male journalist joked to this writer that Wilkinson’s husband, Fairfax writer Peter FitzSimons, probably wrote most of it. Other blokes were peeved at the women-only “table of power” that included Leigh Sales, Miranda Devine, Mia Freedman and Julia Baird. “People would be outraged if it was a table of blokes,” one reckoned. Another well-known media man argued Wilkinson’s looks hadn’t done her career any harm, despite her protestations about gloss and glamour.

While the gendered reaction to the speech shouldn’t be ignored, it shouldn’t be overblown either. Some blokes loved it, including Chaser member and former Olle lecturer Julian Morrow who hailed it as the best ever before it had even ended. Some women were underwhelmed and took the view that Wilkinson should have gone in harder and focused on male media executives rather than women undermining other women. Others felt it was two separate speeches — one on the rise of social media; another on sexism — combined into one.

Wilkinson’s co-host Karl Stefanovic left in a rush after the talk, meaning Crikey couldn’t grill him on his thoughts. Wilkinson recently stormed off the Today set for 45 minutes, reportedly due to frustration Stefanovic was being assigned the big political interviews.

Joe Hockey praised the speech as “insightful and pithy”, adding he wasn’t perturbed by Wilkinson criticising the Abbott Government for the lack of women in Cabinet. The same point, Hockey, argued, could be levelled at big business, where women are dramatically under-represented on boards and in senior management positions.

Only two nights before Wilkinson’s speech, another pioneering woman had given a rousing speech on sexism in the media. This time it was the ABC’s Caroline Jones, launching the new Women in the Media mentoring program in Sydney.

Jones recalled the media coverage when she was appointed the first female host of Four Corners in 1972. One headline announced “Girl will take over Four Corners“, while a columnist noted, “the Jones girl does not particularly appeal to me as a sex symbol”. One reporter praised her “feminine smell” and concluded “A lot of lady is Four Corners’ new lady.”

The audience that night laughed and guffawed at this reminder of how far women in the media have come. But as Wilkinson’s Olle lecture showed, the same attitudes remain, often hidden from view, waiting to be debated and to be tackled.

McClymont gives the crowd what they want at Olle lecture 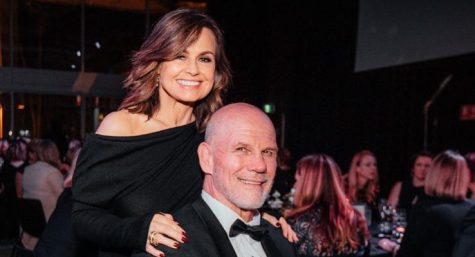 How long are the respective “sisters” in make-up, and why?

Why a women’s age matters in media?

Because editorial independence was once sacrosanct and it has not been that way for a long time. I know it was a man’s world then and that’s a very stupid thing to say plainly But yes, I think it is an ‘age’ thing in that sense. Growing up with it or living it is not the same as knowing the theory or getting ‘on’ in modern media leadership. Mitigating the unwarranted influence by appeasement – that’s what people are thinking is normal.

The Australian is a joke today and we have Reihnhart talking about Australia needing another Fox news (we have it!) – but she is creeping up the boards of important media companies. Hopefully China will shaker around a bit soon and that will take her eye of being a media magnate. Mining magnates are not so well, important.

Wilkinson’s speech had no credibility. I’m far more concerned about the portrayal of women by women in the media. Look at the junk Mia Freedman produces in the name of feminism. If you look at the content on her site, women are supposed to be interested in only themselves. The subject matter rarely involves anything other than the mindlessly superficial. Of great interest was Freedman’s post on her friend’s Wilkinson speech. Freedman went to great lengths to explain who Andrew Ollie was and the nature of the lecture. Her own view of women is so poor she believes none of us may have heard of him or it before.

Look at Fairfax’s ‘women’s pages’ Daily Life. The content again is hopelessly superficial and self-centred. It is another site which is run by women and which demonstrates a very poor assessment of our intellectual capacity or involvement with the world outside ourselves.

Are women any less “tribal” than men?