Which $800k Aunty staffer got paid more than Mark Scott?

One lucky ABC staffer walked away with over $800k last financial year. Wonder who it was ... 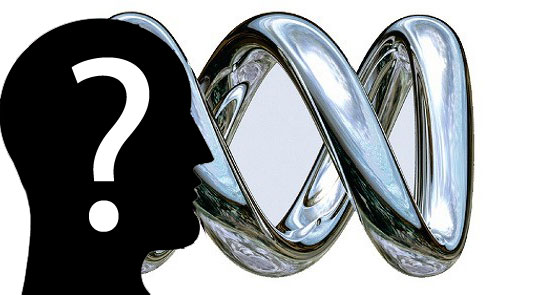 Rank-and-file ABC employees have been left shaking their heads after the publicly funded broadcaster revealed in its annual report a senior staffer was paid well over $800,000 last financial year, $20,000 more than their boss, managing director Mark Scott.

A table buried on page 205 of the national broadcaster’s report to parliament shows the employee in question, who Crikey understands is a high-profile figure who left during 2012-13, raked in $696,310 in salary, a $90,000 “bonus” and $40,000 in superannuation to take his or her total package to a bulbous $826,788. Their identity is not disclosed however the ABC’s former high-profile head of television, Kim Dalton, departed Aunty in February after seven years.

The ABC’s second highest paid non-officer (there are six “officers” at the ABC including the MD) took home $668,665, but did not receive a bonus. There was then a yawning $200,000 gap before the next highest paid staffer on $466,000. The top two leapfrogged over the equivalent rungs in last year’s annual report, where no regular non-top tier executive topped Scott and only one took home more than half a million dollars.

Annoyingly, the ABC does not disclose the identity of individual employee salaries, however highly paid on-air talent in the table have to include names like Tony Jones, Leigh Sales and Annabel Crabb. Long-serving Media Watch host Jonathan Holmes quit this year, his last program airing on July 1, the first day of the new financial year. Off-air, the ABC’s well-remunerated 11-member executive, including director of radio Kate Dundas, Dalton’s TV replacement Richard Finlayson and director of news Kate Torney, is listed here.

Excluding the officers, 226 Aunty staffers were paid over $180,000 in 2012-13, up from 195 last year. This includes 55 employees terminated during 2012-13 who received over $3.5 million in golden parachutes. It is understood the top two non-officers may have benefited from these payments.

Do you know the identity of the ABC’s $800,000 bounty holder? Email [email protected] with your informed suggestions.

How can it be Tony Jones or Annabel Crabb, aren’t they both still there?

Most Crikey readers know I am not the sharpest activist tool in the box. Was I silly to read through this thinking Mr Crook would inform us who it was that received more than Mr Scott? Edward James

Why would anyone oppose the sale of the ABC. It is all right wing crap so why should the tax payer foot the bill. I switched it off long ago. Let the people who run it, and whose interest it serves, fork out for it.

What’s your point, Andrew? “Raked in”? “Bounty holder”? On what basis is it in anyone’s interests to name ABC staff/contractors? Would you not be more concerned about the ABC’s business processes and comparative data than in some beat up about an individual?

Perhaps your publisher should have used green fonts for the whole piece?