Founded in 1516, Royal Mail was sold off this month - at a price between £2 billion and £6 billion below market value. Now the paper knives are out. 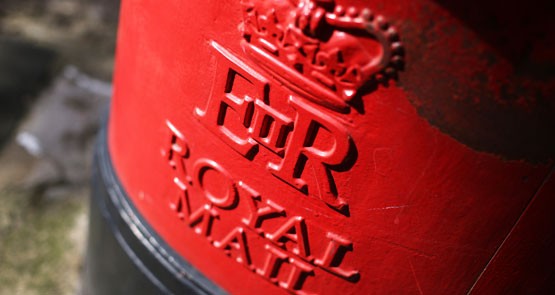 One privatisation too far, many called it in the UK — even some Tories. With their predecessors having sold off everything that wasn’t nailed down, and quite a lot that was, the Cameron government didn’t have much left to flog off. But there was one big juicy asset sitting there: the Royal Mail. The government announced plans to privatise it in 2011, and the sale went ahead — as a public share offering — a few weeks ago.

The sale was always controversial, on both Left and Right. The British, it was widely held, had had enough of privatisations. The sale of the railways in the years of the Major government has been widely viewed as a disaster, and the resulting downgrading of maintenance and switching was responsible for up to 50 excess deaths in several accidents — before parts of the system were brought back into public ownership.

Customer service on the rail network remained the preserve of the private companies. Fares skyrocketed. The public perception is that the companies thereby creamed off vast profits, though that actually wasn’t the business model — essentially the railways ran at such a loss that the government subsidised companies like Virgin and Great Western to run them, thus gifting them a free business.

The high prices were a simple result of the low level of subsidy, compared to the huge amounts of public money spent on rail in places like Germany. But the shift from public service to profit-oriented business had one major effect, in the ticketing. In order to smooth out demand, the companies offer a bewildering variety of advance saver tickets, which mean it costs 16.50 pounds to go from Plopster to Little Sodding if you book two months ahead, and 120 pounds if you want to go on the same day.

The model drives people screaming mad, and any party that promised to tackle it with legislation would have a vote winner. It’d also have a financial black hole that would dog it through government. Former PM Tony Blair, as recorded in journalist Alastair Campbell’s diaries, famously said “there was nothing we could do about the railways, it’s too much of a mess”, and then went off to destroy Iraq — a measure of the contempt New Labour had for the simple task of making its citizens’ lives better.

Following the rail disaster, everyone assumed that privatisation was off the agenda. That was especially so because “Call me Dave” Cameron had created a post-Thatcherite image for the Tories, convinced — after the disastrous Lynton Crosby-strategised 2005 campaign — that only a “one-nation” Toryism could win power. Having narrowly won government — and in alliance with some free-marketeers in the Lib-Dems — the Tories unleashed a range of internal privatisations, most particularly on the NHS, which caused them go backwards in the polls at a tremendous clip. The Conservative Party currently trails Labour by between 8-11 points.

So it was widely thought that the Royal Mail privatisation would be held off or abandoned altogether — not least because of the enormous sentiment attached to it, as a representative not merely of the British state, but of the crown. The German mail system was privatised several years ago, hived off to DHL, but that was just any old state institution. The Royal Mail not only invented the modern postal service, but formed part of the relationship between crown and subjects. Every time you used a basic stamp, you sealed your missive with the Queen’s head. Last year many people, most of them conservative, expressed disquiet with the notion that such an institution could simply be another floated company. Quite aside from the sentiment, the Royal Mail has a semi-statutory role — delivering petitions to Parliament free of charge, for example, allowing stamps to be used as legal tender for goods (though the seller has the right to refuse).

But Lib-Dem business secretary Vince Cable has been relentless, arguing that though the service remains in profit now — 400 million pounds on 9 billion-pound turnover — the obligation of universal service delivery combined with the decline in letter volume and competition for parcel delivery means that it is urgently in need of extra capital. The simplest way to do this would have been to issue a post office public bond, which would have been enthusiastically subscribed to.

Instead, two-thirds of the outfit was sold off via a share issue, with post office workers getting a mandated 10% of the issue. But it’s this that has proved to be a political problem for the Cameron-Clegg government, because the sale was based on one of the lower of the 15 valuations, that of 3.3 billion pounds by Lazard. Issued at this overall price two weeks ago, the shares quickly floated up to an overall 5 billion pounds, much of it going to institutional and overseas buyers in fast sell-offs.

Yesterday, leaks suggested that some of the valuations went higher — up to 10 billion pounds in the case of JP Morgan. That can be disregarded as a sky-high bid to get the gig, but it now seems certain that RM was badly undervalued by the government, meaning that the good old British public has transferred 2 billion pounds from the public purse to private ownership, a wonderful burst of old-school Thatcherism.

Why the gap? Looks like we are going to find out, by way of inquiries, such as may finish the career of Cable, a moderate Lib-Dem who combines social liberalism with fairly neoliberal business orientation, and who has long served as a mediator between the party’s neoliberal elite and its far more Leftish base. Cable was seen by many as the guy who kept empty jerks like Deputy PM Nick Clegg in line. This episode may prompt a further breach between Lib-Dem MPs and their party — or a further rightward shift to the party, as it bases itself almost exclusively as pseudo-Tories in right-wing provincial seats.

But the sudden price hike may also suggest a split between market perceptions and state guarantees over universal fixed-price services — i.e. stamps — the greatest drag on RM revenues. Universal service is only guaranteed until 2021, at which point it would have to be explicitly renewed — and many apparently believe it will be abolished earlier. That gamble is driving the price high, since the government, for political reasons, could not factor that into its calculations.

But then, of course, the simplest explanation may be that someone in the government punted Lazard a freebie, for past or future considerations. The Brits will find out, as they find out everything these days — announcement of a forced march away from a collective society that many still seem to want, to just about the most marketised society on earth, a system that has corroded common purpose, public trust and simple human relations, to a degree that few can see, either inside or outside the country.

Re-nationalisation given current deficit and debts seems unlikely, and Labor isn’t offering it. For the moment, this trip is on a one-way ticket, delivered by courier with no return address.

What a sad, depressing story and, sadly, it appears the way Australia may be heading too, with that buffoon Hockey looking to sell off any government department that moves.

Thanks for the article, Guy.

As the CEO of OzPost said some time ago, were it not fore eBayers cross subsidising letters with their many parcels, the price of a stamp would be double.

From Phil Ately – the only country which does not have its name of its stamps is… ta daa.. Britain. It just didn’t seem necessary given that it was the first and at the time the only such service on which the sun never set, all those pink bits on the atlas.

Zoot – sorry to disabuse you but, even as a 15yr old PMG telegram cyclist, I knew of the section on the 4th floor at Martin Place where certain mail was opened, in the early 60s.