Keane’s slash-and-burn suggestions for the Commission of Audit

If the Commission of Audit is serious about eliminating unnecessary government activities, here are some suggestion (including selling off AusPost). 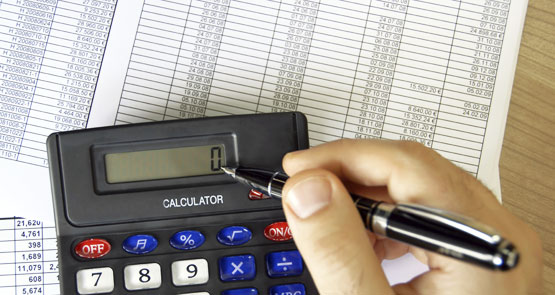 Probably the primary purpose of the Commission of Audit, announced this week, is to provide political cover to the Abbott government to get cuts and reforms that are likely to cause controversy onto the political agenda. The commission is unlikely to recommend too many things that haven’t already been thought up by bureaucrats, MPs themselves or think tanks. Here’s a list of recommendations that Tony “corporate wealth destroyer” Shepherd and his friends may or may not make, but which would address their terms of reference to examine just what role government should be playing and how the budget can be made more sustainable over the long term.

That’s of course assuming the Commission of Audit is actually about genuinely identifying what roles government should or shouldn’t play and making the budget more sustainable over the long term — and not, say, an excuse to engage in the usual ideologically motivated pursuit of a conservative blacklist.

Crikey Worm: Coalition slumps in regional Oz, and Frydenberg argues against a CET

The Commission of Audit: a lazy trip through the mind of Tony Shepherd

You tend to be too practical and sensible, Bernard. Politicians are not like you – they tend to be afflicted with arrested development. They would need to be dragged kicking and screaming to the table to end the wars on drugs and terror.
An end to the war on drugs, assuming that included performance enhancing ones too, could make ASADA redundant?

No one seems to suggest the commission of audit end many tax expenditures: is that cos they’re not in its terms of reference?

Tax reform needs to drive a lot of the waste reduction. Superannuation rorts, negative gearing, private health rebates and family trust abuses all need to go. A rise in GST is also inevitable if we want to fund any of Labour’s well intentioned reforms. Raising personal rates will only encourage the blossoming black economy penalising the vast majority on a salary. Otherwise BK’s list looks like a good start.

Interesting. Don’t agree with privatising either Aus Post or Medibank Private. I think you are naive about premiums and MPs influence. Plus they both return a shedload of money for the taxpayer, and given the record of privatisations of publicly held utilities in terms of overall national good and public benefit is disastrous…it sounds more ideological than rational. But I can throw in some privatisation suggestions. Mining…let them pay for their own infrastructure, railways, ports etc. Private schools, theoretically should be all for privatisation…no? Generally the private sector could do with a stiff dose of privatisation. I’d love to see the Ord River scheme fully privatised. And I’d only make them pay back say 20% of the billions taxpayers have wasted on them…hmmm, what else? News Limited. No more highly lucrative government job ads for the Oz. Yeah the more I think about it the bracing winds of privatisation would go well in the private sector…and such a novel place to apply it.