Game of Thrones is big business, but is it breaking new ground? Guest blogger Matthew Sini takes a look at the state of fantasy on television, and the divide between the HBO behemoth and Nickelodeon's The Legend of Korra.

Fantasy is like most people who say they’re gluten intolerant; afflicted by a lot of fictional bloating. Seriously, have you seen The Lord of the Rings books or later volumes of the Harry Potter series? Why are these tomes so hefty? Because fantasy is a genre that demands “worldbuilding”. It’s an aspect equally important to the rare televisual examples of fantasy.

Until recently most television in the fantasy genre was confined to animated children’s shows. There have been exceptions like Hercules: the Legendary Journeys and its spinoff Xena: Warrior Princess, or as I like to call it: The L Word: Ancient Greece. But for the most part, if you wanted knights, wizards and princesses you’d find them in cartoons. Probably because it is easier and cheaper to draw castles and dragons than it is to film them live (dragons are notoriously difficult to work with on set).

Fantasy has shifted from the margins to the mainstream. Peter Jackson’s The Lord of the Rings trilogy was a big contributor to this, but gaming too has been an influence, with MMORPG games like World of Warcraft and video game series such as Elder Scrolls and Dragon Age further popularising the genre.

No longer is fantasy solely the domain of pallid, pimply poindexters. In fact, poindexters have won something of a cultural triumph. Looking back at something like Revenge of the Nerds seems quaint now, given that nerd culture has become so ubiquitous. It’s strange that it’s taken live action television a long time to jump on the fantasy bandwagon (or band-dragon?). One of the appeals of fantasy is that it usually takes place in an entirely constructed setting. Writers think up mythical lore, histories, even constructed languages and invented names with almost as many unnecessary apostrophes as those you’d find on a suburban childcare centre waiting list. This is all for the purpose of fully realising an entirely fictional place. While the movies of The Lord of the Rings and the Harry Potter series are long, they have nowhere near the amount of time a few seasons of television has to ‘worldbuild.’

“If your yardstick is the enjoyable goofiness of Xena — or even the unspeakably bad Beastmaster — then yes, Game of Thrones starts to look like the Twin Peaks of the fantasy genre.”

So something like HBO’s Game of Thrones seems long overdue, but its rampant success speaks to the genre’s vast popularity. This show has a pop cultural domination more far-reaching and powerful than Sauron’s flaming vagina-eye. Although not as wildly popular, the animated series The Legend of Korra (a sequel to the 2005 series Avatar: the Last Airbender) is one of Nickelodeon’s most watched and acclaimed programs. Despite being primarily targeted towards kids and young adults, there’s a lot to love about Korra, with its cracking story and Miyazaki-inspired character and creature designs. Much has been made about how groundbreaking Game of Thrones is, but it only appears so because it is one of the few examples of live-action fantasy on television. If your yardstick is the enjoyable goofiness of Xena — or even the unspeakably bad Beastmaster — then yes, Game of Thrones starts to look like the Twin Peaks of the fantasy genre. If we have a look at Korra though, we find a series that is doing much more interesting stuff with the genre.

The world of The Legend of Korra is divided into four nations, each nation having people able to control — or ‘bend’ — one of the classical elements: earth, air, fire or water. Yes, just like Captain Planet. The “avatar” is the only person who can bend all four elements, is responsible for maintaining peace between the nations and is reborn into one of the nations when the avatar before them dies. Korra is the protagonist and current incarnation of the avatar in The Legend of Korra.

Writers Brian Konietzko and Michael Dante DiMartino created this world with specifically Asian influences in order to iconographically set it apart from the usual Eurocentric settings of the fantasy genre. But The Legend of Korra also distinguishes itself in its depiction of cultural, social and technological progress. The preceding series, Avatar: The Last Airbender, was set in a kind of ancient China stand-in, with other historical influences as well. Seventy years have passed between the two series. Unlike most fantasy, rather than stagnating in some ersatz Middle Ages, Korra‘s world has moved on. The main setting is a sprawling steampunk metropolis called Republic City, a melting pot of cultures from the four nations where old cultural divisions have dissolved only to be replaced by new ones. Zeppelins float around skyscrapers, cars and motorbikes buzz up and down streets not unlike those of 1930s Hong Kong. But the show isn’t necessarily championing modernity; the current season is shaping up to be about the tension between the modern and the spiritual worlds, and seems to be doing so in a nuanced way.

For all its grittiness and “grimdark” accoutrement and its masterful deconstruction of the “noble hero”, Game of Thrones is still stuck in the old-fashioned Tolkien-inspired milieu. The mythical history of Westeros suggests it’s been implausibly stuck at this medieval level of culture and technology for thousands of years. Though it adds more boobs and blood to the mix, the series implicitly relies on the anti-urban, anti-progress sentiment expressed in the work of Tolkien and other influential fantasists like C.S. Lewis. Though many have found the political machinations in Westeros helpful for explaining current legislative battles (please internet, no more Why the Shutdown/DOMA/Obamacare is Like Game of Thrones pieces), the show also appeals for less intellectual reasons: watching dudes with swords hack each other to bits is cool. Dragons are cool. Zombie ice monsters are cool (literally!).

While this is all entirely understandable on an aesthetic level, it often results in very problematic politics. It’s been commented on before, but sexism is particularly egregious in Game of Thrones. A common fan reply to gripes about the show’s sexual violence against female characters is that it’s an authentic representation of a world ruled by medieval patriarchy. But this isn’t a historical drama. It’s a fantasy drama. How can you sensibly claim women getting abused or otherwise subjugated is “authentic representation”, while having no problem with dragons flying around and witches giving birth to evil babies made of shadows?

In its approach to women, Korra again outclasses Game of Thrones. The protagonist is a gutsy seventeen-year-old tomboy, quick-tempered and flawed but also the most powerful human in her world. Korra is neither a damsel in distress nor a perfect “go-girl” caricature. There are also a host of secondary female characters in positions of power and equally well-drawn (see what I did there?). Game of Thrones imagines a world where this sort of thing is unthinkable. To have any sort of “modern ideas” about female power would be “inaccurate” for the period. Yeah, that period that never actually existed!

Maybe most fantasy hates modernity? And maybe that’s why it’s so popular at the moment? Most of us live in cities or urban spaces, surrounded by technology and industry. It’s next to impossible to escape modernity. Even when modern city-dwellers retreat to the idyll of the country, we can’t do so without our iPhones. Perhaps fantasy answers a longing for simpler times, and a world that is certain and concrete in its parameters, and thus never changes.

However, The Legend of Korra, in incorporating modernity into its worldbuilding, shows that fantasy need not be doomed to some over-extended allegory for an idealised past. It bends the genre rules like the avatar bends the elements. A fantasy world can be renovated and it can develop in new and interesting ways, and become richer if it addresses modernity’s problems instead of shying away from them. Game of Thrones is burdened by the genre’s flight from everything that is modern.

Just to be clear, I don’t hate Game of Thrones. I actually quite like it. I just don’t think it does much innovative stuff with the fantasy genre. For me, its pleasures lie in its characters, its narrative complexity and yes, the fact it has dudes hacking at each other with swords.

Both shows’ worlds reflect our own in different ways, but we should be glad that the kid’s show is the one that approaches the complex tensions between modernity, progress, tradition and spirituality in compelling, sophisticated ways. If enough kids (and hell, even adults) pay attention to Korra’s world, maybe the brutality and violence of a world like Game of Thrones can be avoided. 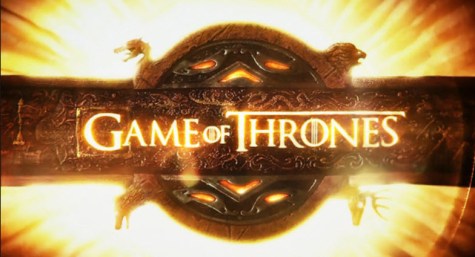 Read a thorny fantasy before its TV debut