Want to learn how to live simply? What better way than to hop on a bike and ride from Melbourne to Cairns on a pedal powered fact-finding mission? We talk to Greg Foyster about the trip and the book it inspired. Greg Foyster used to be an ad man, until a chance viewing of  An Inconvenient Truth opened his eyes to the effect his profession was having on humanity, and the planet in general. He abandoned advertising and wanton consumerism, and hit the road with his girlfriend Sophie on a cycling trip from Melbourne to Cairns, visiting others who’ve decided to live simply along the way.
His book about the trip, Changing Gears: A Pedal-Powered Detour from the Rat Race, is an entertaining and honest look at the challenges of living a life outside of social norms.

Crikey: You guys are cycling up to Sydney for the book tour. How do you feel about getting back on the bike?

Greg: I can’t wait to get out of the city, to be honest. I never really had much of a connection to country areas or the environment before we went on the trip. I was one of those city snobs who went in the country people are less professional, less cultured and “why would you want to live there”, but having cycled through the country from Melbourne to Cairns, I think I’d prefer to live in the country.
It’s just glorious being outside in the landscape. It calms you down. We got used to a slower pace of life. I like how people in some of the country areas we visited were less concerned with appearances and were more down to earth than people in the city where you can get focused on status and jobs and money.

Crikey: My parents moved our family out of the city when I was a little kid for similar reasons. I loved growing up in the country.

Greg: Once you get used to it I think it would be great. We actually met a guy who used to live in St Kilda, and his wife got pregnant and they decided they wanted to raise kids in the country where they could go out and explore safely. I mean, they might trip over or get bitten by a snake, but they wouldn’t get involved in street crime.

Crikey: Do you think this disconnect between the city and the country informs the debate and the policies about sustainability?

Greg: I think there definitely is a disconnect. The problem is that you have inner-city types who know the theory related to sustainability  — maybe they’re Greens voters and perhaps they believe in it intellectually — but they have very little practical experience with things like growing your own food. Then you have people in the country who do have all that experience but don’t connect it to the sustainability movement. They just see it as living life.

Crikey: Like your grandmother, who thought you and Sophie were weird for doing this stuff, but as it turned out, she grew up living sustainably because that was the only option back then.

Greg: Exactly! There’s a lot of connection between people in the country and people in the city on these issues, and they’re only just coming to the fore now with the Coal Seam Gas campaign, where you’ve got so-called greenies and farmers working together to preserve agricultural land and to ensure that it isn’t developed for coal seam gas.

Crikey: Did you encounter any resistance from the people in your life to the idea of the trip, or living more simply as a general idea?

Greg: The first thing that people usually say happens when we talk about living simply or sustainable is that we’re advocating extreme poverty. So I always have to say it’s not a movement of middle class people embracing poverty and pretending to be poor — it’s more a case of reaching material sufficiency. Once you’ve got enough, you don’t need too much more because psychological studies show that greater contentment comes from non material things.

Crikey: It’s undeniable that some material things do bring happiness though.

Greg: Of course, but not as much as we’ve come to think. According to studies, the threshold for money buying you happiness is around US$22,000 per capita. Beyond that,  more income has very little effect on overall happiness. It will make you a little happier, but it’s an ineffective way of getting happiness.

Crikey: What do you think it is about the concept that makes people defensive?

Greg: I think it sounds like an accusation — that by me saying that I’d prefer to live simply, I’m accusing you of being wasteful and extravagant. People don’t like to feel accused, obviously, so I say it’s more a moderate idea than a radical one. In Australia, it’s not really a case of us embracing poverty, it’s a case of us realising we’re already rich. By any global or historical standard we’re already incredibly wealthy. When we’re happy with what we have, we’ll have fewer desires for more things that won’t make us happier.

Crikey: I’m all for not buying things you don’t need, but when you buy something, you’re supporting someone else’s lifestyle, or livelihood even. In terms of buying art, records, books… that’s where it falls over for me. Where do you draw the line between buying stuff you don’t need and supporting art?

Greg: I see. Well, I think if I were you,I’d only buy the stuff I can enjoy and use and value. If you buy it and it’s an important part of your life, it’s not wasteful at all. There are lots of people inthe simple living movement who have a passion, and they reduce their consumption in other areas to fuel doing the thing they love.

Crikey: So it’s not like taking a monastic vow of poverty, chastity — taking away people’s nice things that they’ve worked hard to acquire.

Crikey: Is the tide turning? Do you reckon people are seeing more stuff doesn’t necessarily make you happier?

Greg: I think there is an increasing movement toward people living simply. There’s good anecdotal evidence of that in Australia — like the ABS survey showing people would like to work fewer hours for less pay. One of the best think tanks on this stuff is Australian, the Aussies Living Simply website gets around 50,000 visitors a month and even Antonia Kidman has written a book about living simply. It’s definitely happening.

Crikey: Why do you think that is?

Greg: These sorts of downshifting movements are often tied to economic uncertainty. So with the GFC, afterwards people realised that they could get by with less and didn’t need to overextend themselves. In the Great Depression, people started using these alternative currencies, growing their own food and taking more direct responsibility for their needs.

Crikey: The thing that I really liked about this book and that I reckon separates it from similar memoirs, is that you’re open about investigating your own pretences and hypocrisy.

Greg: I’m always willing to talk about my own hypocrisy! We wanted to challenge our preconceptions, even those shibboleths of the environment movement because people in it don’t think enough about it themselves.

Crikey: A great example of that was how you and Sophie decided to try eating roadkill despite being vegetarians.

Greg:  It wasn’t something we planned, but we just kept being offered roadkill so we thought we’d try it ourselves. I mean, the people offering it to us live in the bush, they hit an animal and they think well, I’m not going to let that meat go to waste. It’s crazy that we don’t eat rabbits too — they are a pest animal.

Crikey: What’s life been like since you came back from the trip?

Greg: We’ve really stuck to our principles since we got back from the trip.  The impetus for the book, the whole thing, was really to look at alternative forms of housing. Most people end up with this huge house and a huge job to pay for it. It’s hard to buck these trends. People get trapped into these lifestyles where you can only afford to buy a house in the outer suburbs with all these extra bedrooms, and then you have a long commute to pay for the house with all the extra bedrooms.
So we set up a tiny apartment in Footscray with second-hand goods except for a futon mattress — computers, appliances, everything. We actually ended up living without a fridge — when you’re a vegetarian you don’t really need to cool many things. Milk is the only issue, really. Now we’ve moved into one of the sustainable communities I wrote about in the book. We  spent three or four months applying, then house-sitting out there getting to know people.  It’s great! They have a vegie patch and chickens and everything.

Greg: Coffee! I don’t think we think deeply enough about coffee. It’s a luxury crop and a drug. When I was on the trip I gave up caffeine because it’s just too annoying to have a caffeine headache when cycling 50km. It’s an inner-city habit. So I got back in the habit of having it, but decided I’d find a way to do it in the most ethical way I can. I did a bunch of research, so I buy Australian grown-coffee that is grown in the Atherton Tablelands in Queensland without pesticides, in a space that has already been cleared. The coffee’s a luxury and I’m always willing to own that.

Changing Gears: A Pedal-Powered Detour from the Rat Race is out now in all physical, online and eBook stores through Affirm Press.  You can follow Greg Foyster on Twitter, or check out his blog Simple Lives for updates on the book tour and simple living. 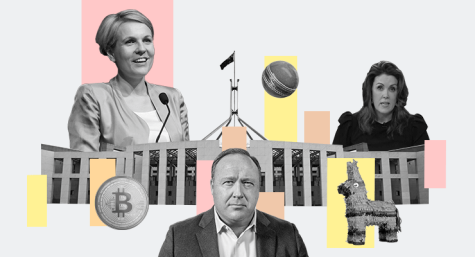 Hola Cubanos! Feeling at home here and there and everywhere