An attempt by a former RBA board member to attack Labor has deepened the mystery of why the RBA suddenly got $9 billion of your money. Bernard Keane and Glenn Dyer report. 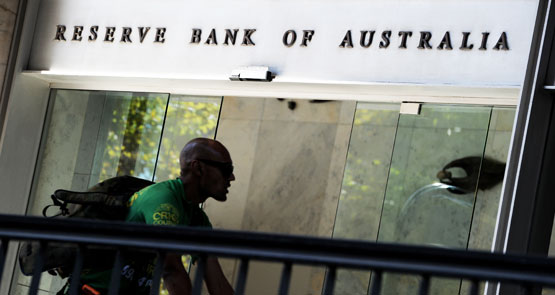 The mystery surrounding the government’s $9 billion payment to the Reserve Bank has deepened after an attempted intervention by former board member Warwick McKibbin.

McKibbin, an ANU economist, was a serial critic of Labor while it was in office, and strengthened his attacks on the then-government after it declined to renew his RBA term in 2011.

In an attack on Labor on the ABC last night, McKibbin accused former treasurer Wayne Swan of “economic vandalism” for continuing to request dividends from the RBA when its Reserve Fund had been depleted by the strength of the Australian dollar. The Reserve Fund, which includes extensive holdings of foreign currencies (dominated by US dollar), is designed to act as a capital buffer to enable the Bank to respond to operational requirements and, if need be, financial emergencies. Joe Hockey this week declared that it was too low and needed $8.8 billion as an immediate injection.

McKibbin’s track record in attacking Labor and on more general economic matters is decidedly patchy. He dismissed the role of Labor’s fiscal stimulus in preventing a recession during the financial crisis as “relatively small” and complained that the government had failed to adopt his own Byzantine version of an emissions trading scheme. In 2011 he warned of a commodity price bubble far bigger than the US housing bubble that led to the financial crisis. In the middle of last year he said the Australian economy was about to boom and that the RBA needed to lift interest rates.

But McKibbin’s role as board member means his take on the $9b mystery payment is important — and whether he meant to or not, he has confirmed Swan’s response to Hockey’s announcement yesterday, in which the former treasurer said that if he had ever been asked to make a capital contribution to the RBA Reserve Fund, he would have done so.

McKibbin labelled this a “bizarre statement” but then went on to confirm its accuracy, saying: “It wasn’t that he may not have been asked to put more money in but he was certainly asked not to take money out.”

So, McKibbin appears to confirm that at no stage did the RBA ask Swan to top up its capital reserves, even when the ratio of the reserve fund to assets at risk was at 2.1%, nearly half its current level of 3.8%. What McKibbin also does is gloss over the fact that in 2011-12, the RBA paid no dividend to the government at all, unlike all of the Howard years, when dividends of up to $3 billion were paid to government year in, year out.

As Stephen Koukoulas correctly notes today, if former Liberal treasurer Peter Costello had taken dividends from the RBA at a similar average to Swan ($1.5 billion a year rather than Costello’s average of $3 billion a year), the RBA’s Reserve Fund would be extremely healthy.

Put another way, if Swan had taken dividends from the RBA at the same level as Costello, the Reserve Fund would now be empty.

So the key question remains, if the RBA didn’t think it worthwhile asking the government for a capital injection in 2010-11, when the Reserve Fund level slumped to 2.1% of assets, or 2011-12 when it couldn’t pay a dividend, why did it want one now? It can’t be that the global economic situation is worse, given the US recession and the European depression that dominated 2010-12.

There are better commentators than McKibbin for the media to use. One was out and about yesterday in the shape of the second most senior official in the bank, Phil Lowe, who made a major speech on business investment in Melbourne.

In a lengthy question-and-answer session, the deputy governor left the impression that it wasn’t as high on the agenda at Martin Place as others might claim.

When asked about factors or problems that kept him awake at night (Lowe also heads the RBA’s risk management committee), he didn’t nominate the size of the Reserve Fund. In fact, he said the lack of capital had not been keeping him up late at night. But he did say it was a “prudent, sensible decision” to recapitalise the fund, describing it as in “our collective interest”.

What he did say worried him was if something dramatic was to happen in China to damage that country’s economy, “that would reshape our (the RBA’s) outlook”. But he doesn’t see that happening in the short-term.

But he added this interesting comment, which won’t please the doomsters: “[t]he pessimists about China are being proved wrong again. The recent growth numbers were encouraging and I don’t see any reason to fear that growth will be substantially weaker in the period immediately ahead.”

Lowe also neatly skewered talk of a house price bubble by pointing out that the reaction in the form of a slight rise in the level of house prices was to be expected given the low level of interest rates, inflation, the low level of business investment and confidence here and around the world, and the reality of how the mining investment boom had enriched Australia.

All issues of greater importance to the RBA, the economy and the budget than the size of the Reserve Fund.

“Ah, McKibbin (professional Conservative and Left-basher and some-time economist, “distracted” and blind-sided by the GFC?) – you’re not kiddin'”?
Why wouldn’t the ABC give him air to voice his prejudiced views?

The above begs the question of how does this all work? Who prints our currency- I thought it was the reserve bank? in an era of fiat as opposed to metal standard currency why does the government need to pay a statutory authority or whatever legal status the bank is , when they can ‘quantitively ease’ – buy govt bonds- shove the debt into a future generation and then print money out of thin air as the privately-owned Federal Reserve in the USA does? And if they are asking for a capital injection does that mean that currency can only be issued by the Reserve Bank by increasing their internal debt levels? and if so is all currency in circulation associated with a debt component and so inherently inflationary?
The arcane and mystifying source of money and currency supply could do with a transparent inspection and critique methinks-

“It is well enough that people of the nation do not understand our banking and money system, for if they did, I believe there would be a revolution before tomorrow morning.” Henry Ford, founder of the Ford Motor Company.

funny how this happened after the election………….

McKibbin has always been a LNP stooge, so his current comments should not surprise.
Agree with michael – very strange timing. I believe this has more to do with politics (Hockey & co trying to make Labor look bad), than anything to do with economics. The collusion of the RBA in this deal is a bit suspect.

Just some fluff to divert attention from the expenses scandal