Don’t look now, but here’s some <em>good</em> news for journalism

You've heard the doom and gloom about the future of journalism. Well here's some good news -- venture capitalists are investing in quality content, due to a 'perfect storm' of favourable conditions. And they're not planning to lose money. 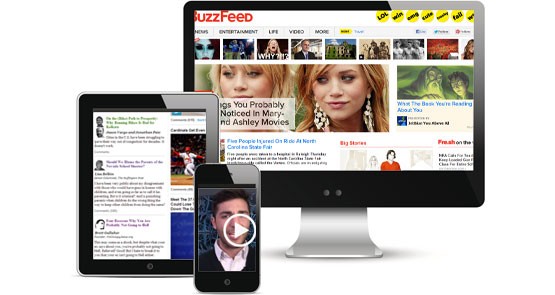 Looking for the hottest new investment in the tech world? Try journalism.

“Five years ago, if you were to go to a venture capitalist with a content idea, you wouldn’t even get in the door,” said Martin Nisenholtz, a senior adviser to The New York Times and an adjunct professor at New York’s Columbia University Graduate School of Journalism. “Everyone was jumping on the social media bandwagon and trying to create the latest Twitter.”

Now content is sexier than Beyonce leaning against a dilapidated house in Brunswick. Buzzfeed, home of “21 Cats Who Are Blaming The Government Shutdown For All Their Problems“, just hired a Pulitzer Prize-winning journalist to head up its new six-journalist investigative unit. The investigation team is part of Buzzfeed’s push to be the “leading news source for the social, mobile world,” as outlined by founder Jonah Peretti last month.

On Monday, The New York Times tech writer David Pogue said that he was leaving to run a new consumer-tech publication at Yahoo. Pogue wrote on his Tumblr about his new employer: “This is a company that’s young, revitalized, aggressive — and, under Marissa Mayer’s leadership, razor-focused, for the first time in years.”

Last week eBay founder Pierre Omidyar announced he was creating a new venture with The Guardian’s Glenn Greenwald and filmmaker Laura Poitras (the duo who broke the NSA scandal with whistleblower Edward Snowden), and The Nation’s Jeremy Scahill.

After the news was leaked that Greenwald was leaving The Guardian (Buzzfeed broke the story), Omidyar wrote on his blog that he would be supporting a “new mass media organisation” that “will cover general interest news, with a core mission around supporting and empowering independent journalists across many sectors and beats”.

Omidyar had looked into purchasing The Washington Post, but was outbid by Amazon founder Jeff Bezos, who paid $250 million for the 136-year-old newspaper in September.

So why are tech companies and entrepreneurs suddenly investing in an industry that many have been declaring doomed for years?

“There’s a bit of a perfect storm,” said Adam Klein, CEO of Media Leader, adjunct professor at Columbia’s Graduate School of Journalism and former executive at EMI Music, MTV Networks and AskJeeves. “But I wouldn’t get carried away, because there’s still a long way to go on the business models.”

Klein notes that smart paywalls are working at some traditional media organisations like The New York Times; “glimmers” of sustainable business models are emerging (such as sponsored content on Mamamia and Buzzfeed) and the US economy is finally picking up. It’s a situation ripe for wannabe media moguls from the tech world.

“These are all people, investors, who have made a lot of money out of disruptive business models and disruptive technologies,” said Klein. “And here we go again …”

Mobile video news start-up NowThisNews raised $10 million in capital earlier this year, a good chunk of which came from Lerer Ventures, who invested in HuffPo and Buzzfeed. NowThisNews has recently begun publishing micro six-second news videos on Vine and 15-second ones on Instagram, one of the first media organisations to use these social networks.

“Venture capitalists have seen that while they might not get to billions in market cap[ital] quickly, a quality content business is potentially worth hundreds of millions of dollars to someone and a little more straightforward than creating a social network, which is largely serendipitous,” said Nisenholtz.

However, Nisenholtz thinks entrepreneurs such as Bezos and Omidyar are mainly investing in journalism because “they believe quality journalism is a social good and they feel strongly about keeping that robust,” not because they expect to re-invent media business models and make (more) millions.

Omidyar said in an interview with New York University media academic Jay Rosen last week: “I have always been of the opinion that the right kind of journalism is a critical part of our democracy.”

But don’t think this is some holier-than-thou investment. “They’ve all got foundations if they wanted to make charitable contributions,” said Klein. “I don’t think these guys, any of them, are in it to lose huge amounts of money.”

* Amber Jamieson is a former Crikey staff journalist and is completing a master’s degree in journalism at Columbia University. Some of the academics interviewed for this story have taught her.

@paddy hello good sir! It is wonderful being surrounded by such interesting people but I do miss the Crikey crew. x