A free trade agreement with South Korea is close, Crikey's editor reports from Seoul. But there are still economic -- and historic -- sticking points to resolve. 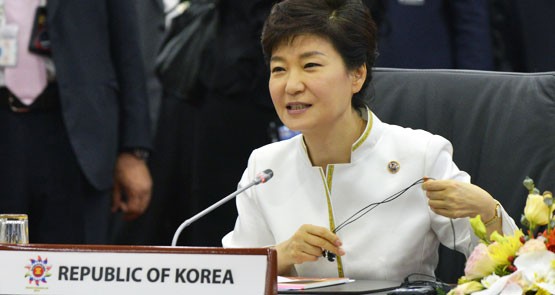 Australia could finalise a free-trade agreement with South Korea within months, with a Korean government official telling Crikey a deal is expected before the G20 meeting next year.

South Korea is Australia’s fourth-largest trading partner, with two-way trade worth almost $32 billion in 2012. The Abbott government has made the South Korean agreement a priority, and Korean officials are keen to resume stalled talks and iron out differences, particularly over investor dispute mechanisms.

Crikey has met with embassy staff, government officials and academics watching relations closely in Seoul. The consensus is that negotiations are focusing on language in the text, and that final sticking points will be resolved when talks resume.

South Korean President Park Geun-hye is expected to visit Australia twice next year, once for the G20 in Brisbane in November and a separate state visit before then. A government official speaking on the condition of anonymity says an agreement is expected before these trips.

An FTA with South Korea — the eighth after New Zealand, Singapore, Thailand, Chile, Malaysia, the United States and the Association of South East Asian Nations — would be an early win for Prime Minister Tony Abbott, who has made international trade a priority. It would also mark a milestone in a bilateral relationship that has quietly grown in strength over the last few years.

Last week in an address to a AustCham business breakfast in Seoul, Foreign Minister Julie Bishop said concluding an agreement was a priority: “Such a free-trade agreement is a centrepiece in our overall economic relationship, and its absence is holding back our businesses. We are both losing market share.”

Both sides talk of the nations’ parallels: middle powers with similar economies (Australia is the world’s 12th-largest in GDP terms as measured by the Organisation for Economic Co-operation and Development; South Korea 15th) and trade structures. For Korea, better relations with its seventh-largest trading partner is also a strategic exercise; officials here talk of the need to build stronger economic networks across the region to protect threats from the nuclearised North and its ally China.

As one official close to the negotiations told Crikey, bonds remain strong because of Australia’s involvement in the Korean War, but the relationship needs a “new narrative” and can’t continue to be defined by gratitude. Another government source described relations as “curious and sceptical” a decade ago, but says Australia is now seen as a “capable” regional partner: “Our comfort level has improved, definitely.”

Australia’s resources sector — particularly liquefied natural gas — and beef industry are expected to be the biggest winners in reducing tariffs. According to figures from the Korea Institute for International Economic Policy, Australia’s share of beef imports to Korea has fallen from 72.7% in 2007 to less than 43% in 2012 due to a glut of American beef, more attractive in South Korea due to the free-trade agreement with the US. As Bishop said last week: “We’re very conscious of the gains made by the US into the Korean market as a result of the Korea-US FTA.”

For Korea, car and petroleum exports — which account for more than 51% of Korea’s total exports to Australia — will get the biggest boost. “Korean industry stands to benefit through cheaper mineral and energy imports and there will be new opportunities for service supplies and investors,” Bishop said. “I think particularly of financial and legal services.”

Korean academics and economists would welcome the involvement of Australian firms in South Korea — the country suffers from low productivity in the services sector, and there is a belief local firms need to be exposed to foreign ideas — but scepticism of foreign investment remains at the highest levels of the Korean government. Korea has one of the lowest rates of foreign investment among OECD nations. Park, a centre-Right leader, promised to further democratise the local economy, but commentators here lament the lack of action since she came to power in April last year.

One of the final FTA sticking points is around Korea’s push for a so-called investor-state dispute settlement clause, inserted into some Australian agreements but not others, which allows investors to initiate dispute resolution proceedings against a foreign government under international law. Those Crikey spoke to agreed it was the biggest hurdle to finalise an agreement but not an intractable one (issues around beef rank higher for Korea); in her speech last week Bishop said the “pragmatic view is that they [investor disputes] should be negotiated on a case-by-case basis”.

Young gui Kim, the regional trade team director at the Korea Institute for International Economic Policy, said through an interpreter: “We have reached consensus on most topics, but we still have a long way to go.”

Without saying anything good or bad, I ask you to search the US-AFTA.