Australia's statement to the UN on nuclear weapons is much less hardline than New Zealand's, but it is the best policy? Freelance writer David Donaldson looks at the impacts of a watered-down approach. 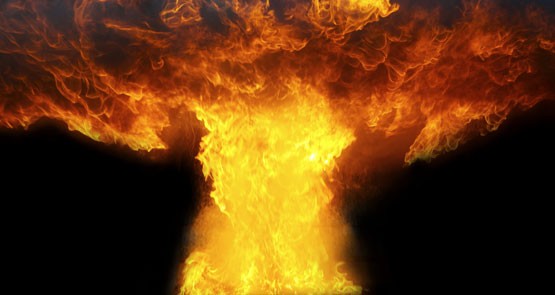 Is Australia trying to undermine nuclear disarmament? Activists believe Australia made an attempt to split the pro-ban vote at the United Nations First Committee in New York on Monday.

With New Zealand presenting a long-anticipated 125-nation group statement condemning the humanitarian effects of nuclear weapons to the UN, Australia took the unusual step of creating a last-minute rival announcement with the support of just 17 states, seemingly in an effort to undermine the efforts of pro-ban activists.

The Australian intervention — which one well-known disarmament blog described as a “weasel” statement — covers similar ground to New Zealand’s, but in a markedly weaker tone. It states that “the devastating immediate and long-term humanitarian impacts of a nuclear weapon detonation are of clear concern” and that “we reaffirm with a sense of urgency our unwavering commitment to achieving and maintaining the shared goal of a world free of nuclear weapons”. Most co-sponsors of the Australian statement are countries that have previously announced their opposition to an outright ban on nuclear weapons.

The New Zealand statement makes a similar point, but in stronger language: “Past experience from the use and testing of nuclear weapons has amply demonstrated the unacceptable humanitarian consequences caused by the immense, uncontrollable destructive capability and indiscriminate nature of these weapons … It is in the interest of the very survival of humanity that nuclear weapons are never used again, under any circumstances.”

While the NZ statement attracted the support of a “large and diverse number of governments”, Tim Wright, the Australian campaign director for the International Campaign to Abolish Nuclear Weapons, says Australia’s “was endorsed by just a small handful of US allies”. Notably, the United States itself did not back either statement.

“Australia’s commitment to consider the concerns of nuclear weapons states in disarmament diplomacy is, in other words, a commitment to sit on the fence.”

The Australian statement notes: “Banning nuclear weapons by itself will not guarantee their elimination without engaging substantively and constructively those states with nuclear weapons, and recognising both the security and humanitarian dimensions of the nuclear weapons debate.”

This is widely seen as a sop to the United States, which, along with the four other “legal” nuclear weapons states (Russia, China, the UK and France), holds effective veto power over substantive efforts at UN disarmament forums, and has used this to stifle meaningful progress. Despite early rhetorical enthusiasm from President Barack Obama, America has so far shown minimal interest in disarming, and is likely to spend close to $500 billion on its nuclear arsenal over the next two decades. Australia’s commitment to consider the concerns of nuclear weapons states in disarmament diplomacy is, in other words, a commitment to sit on the fence.

The Australian statement also conspicuously avoided any mention of the Red Cross — the bedrock of international humanitarian law — due to the latter’s reference in a 2011 resolution to an International Court of Justice ruling on the legality of nuclear weapons, which is disputed by Australia. Australia refused to sign onto a similar, 80-nation statement sponsored by South Africa in April because it included a reference to the Red Cross resolution.

There has been a surge in enthusiasm for nuclear disarmament in recent years, with a governmental conference in Oslo earlier this year and its follow-up in Mexico in February seen by many as a potential starting point for a diplomatic process to ban the weapons under international law. More than 150 states have made announcements in support of an outright ban.

Australia is increasingly isolated in its refusal to back such humanitarian statements, especially following Japan’s announcement that it would join New Zealand. Japan’s decision not to join the South African statement in April, despite being the only country to have suffered nuclear explosions in wartime, led to heavy criticism both at home and abroad. Japan’s security relationship with the US is very similar to Australia’s, making it more difficult for the Australian government to justify its resistance in terms of the alliance.

This comes after documents released under freedom of information in September showed that Australian officials were planning to work to undermine diplomatic efforts to ban nuclear weapons. The documents also revealed that the Rudd and Gillard governments had quietly abandoned advocacy for nuclear disarmament because they considered the dubious policy of “extended nuclear deterrence” — under which Australia would be officially protected by American nukes — to be too important, in spite of earlier rhetorical commitments by both prime ministers to back moves towards disarmament.

These actions fit into a broader pattern of Australian governments working with the United States to undermine disarmament agreements from the inside. A tranche of cables related to the drafting process of the 2008 Convention on Cluster Munitions, released by WikiLeaks, demonstrated that “Australia took a pro-active public role in promoting the humanitarian need for a treaty banning cluster munitions in all their respects, and quietly went about undermining what was actually precluded by the convention”.

Mmmm…yes. This relates to the nervousness around the LNP’s future thoughts on nuclear energy, which under Howard was being considered with plants up and down the Eastern seaboard, many in dangerous cyclone prone areas of Nth QLD. Mind you Labor weasled out of their own policy not to sell uranium to nations who are not signatories to the NNP Treaty. And off to India it went at the bidding of the US.

Australia is a client State of the USA.

We do as we’re instructed to……there’s no decision in it.

I wonder how long that 20th century foreign policy canard of ‘we need the US for our national security’ will remain in play. Apparently we’re just about to be invaded by ah..um….someone bad, according to the criminals who control the US State Department.

Australia has a moral obligation to help Japan manage Fukushima, we made stacks of cash out of the uranium. Really ageing nuclear plants are a bigger threat than nuclear weapons.

Please be kind to weasels. They are cute and furry and playful (the ferret kind, anyway). My companion ferret/weasel gives me a lick on the nose every morning to start the day. I am sure she would not be in favor of nuclear weapons, or the Liberal Party, and I am sure she would bite Julie Bishop.