In the absence of action on climate change from our political class, young people are entitled to wonder whether 'direct action' of their own can end the rip-off being perpetrated on them and on future generations. 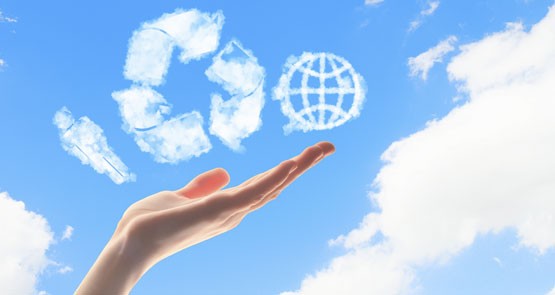 Greg Hunt is an adult sent on a youth’s errand.

It’s easy to think the opposite. With that boyish appearance, high voice and youthful enthusiasm, the Environment Minister can seem like the work experience kid mistaken for the boss. But Hunt is a seasoned political grown-up: a person who understands that you can’t be too wedded to your ideals if you’re going to make your mark in politics. People throw his master’s thesis on climate change at him as though politicians — or any vaguely intelligent individual — should for a lifetime adhere to the views they held in their early 20s. That’s unfair, and misses the point that Hunt has only done what most politicians who have any chance of actually wielding power have done, which is allow one’s positions to be dictated by political expedience. Moreover, in any event Hunt no longer relies on the ivory towers of academe for his knowledge about climate change, in preference for the greater rigour of Wikipedia.

Take Prime Minister Tony Abbott, for example. Abbott may or may not believe in anthropogenic climate change, but the point is he doesn’t care either way; his positions — and at various times he has held every possible position on climate change and what to do about it except, oddly, the one he ended up adopting as policy — have been dictated by political expediency.

Similarly with former prime minister Kevin Rudd, who insisted climate change was the greatest moral and economic challenge of our time and then offered a feeble scheme to address it, watered it down even further under pressure from lobbyists and then walked away from it entirely. For Rudd, climate change was purely a weapon with which to attack the Coalition, first under John Howard and then Brendan Nelson and Malcolm Turnbull. It worked so well that he broke the Liberals in two. The Liberals promptly turned to Abbott, who repaid the favour in spades to Rudd and then Julia Gillard. Abbott’s ridiculous scare campaign on the carbon price was no more politically amoral than Kevin Rudd’s politicisation of the issue.

So Hunt, by virtue of political expediency, now has to stand at media conferences and advocate climate change measures for which he ought to need several Botox injections in order to maintain a straight face. This week he insisted that his “Direct Action” policy could start straight away, without legislation, an entirely accurate statement insofar as the winner-picking part goes: Direct Action is in essence a giant industry handouts program that can be allocated under existing appropriations without drama.

More problematic is the baseline emissions component, under which — notionally — businesses could be fined for exceeding their baseline emissions — so long as it doesn’t inhibit business growth. Exactly how this dilemma will be resolved is a matter for a White Paper in coming months. You can bet any baseline emissions scheme will be carefully structured to ensure no one but the most egregious polluter risks being fined, but either way, it will need legislation.

“Our youth are entitled to wonder whether … they should take some direct action of their own. Action to shut down the loaders and ports that export coal.”

Direct Action will have little impact on emissions, and certainly far far less than that required to meet Australia’s minimalist bipartisan 5% reduction target, which is why Treasury costs the program much higher than the Coalition will budget for it. Moreover, Hunt’s programs have already been nibbled away at in the Coalition savings program, and will undoubtedly face heavy going in the Expenditure Review Committee between now and the next budget. Hunt’s colleagues know Direct Action is a figleaf for climate inaction, and at several billion dollars it’s a hideously expensive one to maintain.

Hunt’s best hope is that, in the absence of a carbon price, the Australian economy continues to grow below trend and we fail to address the gouging of government-owned electricity companies, whose ongoing price hikes have played a useful role in curbing electricity demand in recent years. In that context, gold-plating and over-engineering have been a longer-lasting, more effective carbon price than the real thing.

In the longer term, however, the planet will continue to warm and our summers will become more extreme. Australia’s world-beating carbon addiction will go on, the first-mover opportunities for investment in renewables will continue to be squandered and the cost of ending Australia’s carbon addiction — which will have to happen at some point in coming decades — will continue, as Treasury has explained, to grow with every delay. Most of all, Australia’s capacity to drive international agreements to stave off very dangerous levels of climate change — levels that will inflict colossal economic damage on Australia by the end of the century — will be undermined.

Climate inaction is thus a direct wealth transfer from our children and their children and subsequent generations to ourselves, in the higher costs of adaptation and reducing the emissions intensity of the Australian economy. It’s a cost we have consciously selected through politicians like Kevin Rudd — who at least had the good grace to admit his mistake — Tony Abbott and Greg Hunt. Business-as-usual politicians convinced their own personal and partisan political ends are more important than the giant rip-off they’re perpetrating on subsequent generations.

What did you do when we could still have stopped it, our grandkids might ask about climate change, to which we can only answer “we took the easy, the expedient, way out. We put mediocrities and clowns like Hunt in charge. We placed the almost negligible cost of abatement action ahead of the massive costs you’re now paying for through higher taxes, more expensive insurance, lower economic growth.”

Sorry, kids, but we squibbed it. Squibbed it when it wasn’t even a hard choice to make for anyone with a basic grasp of maths.

In a world governed by Rudds and Abbotts and Hunts, in which a functional carbon pricing scheme will actually be removed and replaced with a nonsensical scheme even the creators of which know is a joke, our youth are entitled to wonder whether, in the absence of genuine political action, they should take some direct action of their own. Action to shut down the loaders and ports that export coal. Action to shut down coal-fired power plants. Actions to shut down the electricity-greedy industries we prop up, like aluminium smelting. Such action will be expensive, and damaging, and inequitable, and dangerous, but in the absence of real policies from political adults, it’s better than a status quo that will punish our youth as future taxpayers and citizens.

Better than what we adults have been able to manage.

Very good article BK – I fear history will judge us very harshly on this issue and in time they will look back and ask “Exactly why did people vote out the ALP for Tony Abbott?

Bernard I suspect you have some passion for this argument, good on you.

Excellent article. Straight to the essence of the issue.

Bush fires in Australia? Whatever next? What we do in Australia is completely irrelevent to a solution that would have the smallest impact on a global basis. The carbon tax here has proven to be unpopular and ineffective so the people have decided a different approach to be preferable. BK as per normal practice ignores their veiws and dismisses anyone who has a different view.

:))) Bernard
Like to venture an opinion on the mood in the Turnbull household today, after Hunt’s routine? The canvas is all yours, 70% of the outlets will be looking the other way.