As former foreign minister Bob Carr resigns from the Senate, we take a look at what he brought to the job. 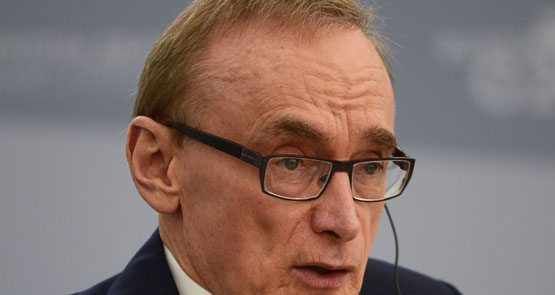 As was widely anticipated, former foreign minister Bob Carr has resigned from the Senate, opening the way for the appointment of a new Labor Senator in New South Wales. In announcing his resignation, Carr described his period as foreign minister as being the learning equivalent of “a dozen PhDs” and an exercise in continuity.

In a year-and-a-half as foreign minister, Carr took a “steady as she goes” approach to running Australia’s foreign relations. He term was very much a matter of locking in policies that were already in play, rather than initiating any new direction in Australia’s international outlook.

Carr noted that his approach to China was consistent with pre-existing policy of stronger engagement in trade while treading carefully on more controversial diplomatic and strategic issues. In this, Australia under Carr took a very careful line on China’s claims in the South China Sea, that the territorial disputes should be settled through a multilateral discussion.

Such an approach was diplomatically inoffensive, but not one that China was ever likely to take much notice of.

Australia’s other main achievement under Carr was its securing of a seat on the United Nations Security Council, the bid for which had been put in place by Carr’s predecessor, Kevin Rudd, when he was foreign minister. Again, this was consistent with his “continuity” approach.

Carr did claim, in announcing his resignation from the Senate, that he was pleased to have presided over “improved relations with the Arab world”. While Australia has had slightly closer engagement with a number of Arab states, it is difficult to see any significant improvement in relations.

The so-called “Arab Spring” has led to more chaos than order and very little democracy. Australia’s role in any of that has been at the margins, primarily as an onlooker.

Carr’s main advantage as foreign minister was his erudite and somewhat urbane personal outlook. These well complemented his top Australian diplomatic role, helping to present a somewhat more sophisticated Australian face to the world than had previously been available, or deserved.

Had he more time, perhaps Carr would have been one of Australia’s better foreign ministers. But 18 months in office is too short a tenure other than to do exactly what he did, which was keep the seat warm and not make any mistakes.

Carr will now use his “dozen PhDs” of learning as a professorial fellow at the University of Sydney.

*Professor Damien Kingsbury is director of the Centre for Citizenship, Development and Human Rights at Deakin University.

Bob Carr could not even be bothered to write his own Thoughtlines ! Edward james

I am hearing Labor party member Deborah O’Neill is being tipped to take Bob Carr’s Senate place. That is a surprise because there are several published political announcements showing evidence her campaign was conducted outside the law in the seat of Robertson. Pursuant to the Graffiti Control Act 2008 Section 6 The words shonks and cheats are used to make the point. The most recent was published on the 14 of October 2013 page 9 Peninsula News. Candidates were warned conduct your campaigns outside the law and you will be exposed. Edward James

I think Carr’s best achievement was to manoeuvre Cabinet to abstain on the vote for Palestinian representation at the UN rather than follow the uncritical support of Israel that has been Australia’s habit over the last 2 decades.

Probably the most interesting thing about Bob Carr’s time as FM, is who will replace him in the Senate.
(I gather from twitter, that Mike Kelly has chucked his hat into the ring.)

It seems Australia is doomed to have a series of pompous w*nkers as FM.
Evans, Downer, Rudd, Carr. All carrying egos much larger than their talents.
J.Bishop looks like she’ll fit the mold well.

But all he could do today is babble about ongoing brutality to refugees. What is wrong with the racist cowards in our polity that they seriously believe this is rational.