Tony Abbott and Joe Hockey now face the same challenge that confronted Wayne Swan -- how to handle a budget when the currency is too strong? Crikey writers Glenn Dyer and Bernard Keane report. 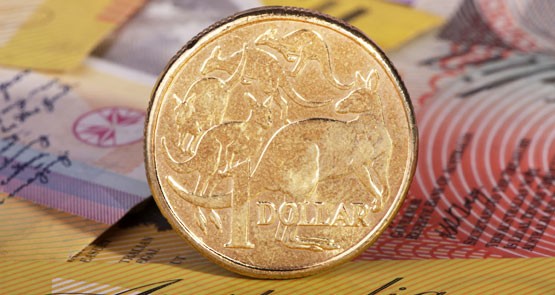 How governments respond to economic challenges is a key benchmark by which they should be assessed. The Howard government of its first two terms responded to a fiscal challenge, and the Asian financial crisis, very effectively. Its second two terms, when the challenges were more subtle, were marked by significant missteps as it wasted the proceeds of the mining boom on inflationary tax cuts and handouts.

Labor in its six years had the misfortune to face a global financial crisis, which it handled with skill, and a mining boom, which it also handled adeptly, becoming the first government to land a mining boom without a burst of inflation. The September quarter CPI, out tomorrow, will confirm this unprecedented economic management achievement by Labor — but few will talk in those terms, and certainly not the shills in the business and political media.

Labor also faced the challenge of a hypertrophied currency that inflicted substantial damage both on its own budget and on Australian business.

The problem of dealing with a strong currency when the economy itself isn’t strong isn’t one that that Australian policymakers have had to grapple with before. The policy prescriptions aren’t clear, beyond lowering interest rates and trying to jawbone the currency down. Even conservative economists began advocating extreme measures such as central bank intervention.

In the end, former treasurer Wayne Swan settled for running a fiscal policy that tried to balance cutting spending to offset the impact of a high dollar and low inflation on his budget, but avoid undermining economic growth, while former prime minister Julia Gillard and then-industry minister Greg Combet spruiked an industry support approach around propping up dying industries like car manufacturing and encouraging genuine innovation.

Now Prime Minister Tony Abbott and Treasurer Joe Hockey faces the same challenge, one they dismissed as an “excuse” from Labor. With the dollar having touched 97 US cents in recent days and currently sitting above 96.5 US cents, they will discover the unpalatable truth that the broad policies of the former Labor governments were the only sensible ones for the economy as it has been travelling for much of the past two years.

“Swan … will be entitled to point out the glaring hypocrisy of the ‘budget emergency’ crowd as they embrace his fiscal policy and the ‘excuse’ that the strong dollar is crimping revenue.”

The longer the US Federal Reserve doesn’t start cutting its $US85 billion a month of spending, the greater the chance the dollar will return to parity with the greenback. And with expectations the debt and budget brawl could re-emerge in the US in the March quarter of next year, investors are going to prefer the Australian dollar for a bit of insurance. It has already lifted more than 10% of its mid-year lows. A rising dollar (and perhaps rising unemployment) will have the capacity to squeeze the life out of parts of the domestic economy. As was the case for much of 2011, 2012 and the first half of 2013, our AAA (stable) credit rating and solid economy is going to attract more money, even if other economies continue their hesitant recoveries.

Good news from China, such as such as last Friday’s 7.8% growth rate for the September quarter, will also help keep the dollar higher. China’s crude steel output jumped 11% to 65.42 million tonnes in September from September 2012, but was down 1.3% from the 66.28 million tonnes of August. But it was still at near record levels. No wonder our iron ore imports were a record 74.8 million tonnes in September. And BHP Billiton this morning joined Rio Tinto and Fortescue in revealing how well the iron ore boom was continuing — despite all those noisy miners in the markets, media and politics who claimed it wouldn’t.

This is all positive for Australia and the value of the dollar. It’s also positive for consumers, who will continue to enjoy low inflation — the carbon price has proven to have an invisible, weightless impact on CPI, but its one-off September quarter 2012 impact will come out of tomorrow’s CPI, further lowering inflation — and overseas shopping and travel.

But it’s terrible for federal and state budgets, local retailers and manufacturers and anyone in a trade-exposed sector. For the Abbott government, now framing its mid-year outlook, it will seal the deal on further revenue falls. It is precisely the situation that Swan found himself in with successive budgets in 2011, 2012 and 2013 — they fell short as revenue growth slowed because nominal growth slowed.

Swan, now on Labor’s backbench and at liberty to target the men who attacked him so remorselessly when he was treasurer, will be entitled to point out the glaring hypocrisy of the “budget emergency” crowd as they embrace his fiscal policy and the “excuse” that the strong dollar is crimping revenue.

There’s little else to be done. Jawboning hasn’t worked. Dropping interest rates to record lows hasn’t worked and risks igniting property prices. RBA governor Glenn Stevens said in Sydney on Friday a “lower currency than this would be helpful in rebalancing the growth sources of the economy”. He added: “I don’t think you could really credibly say that the levels of costs and productivity in Australia, I don’t think those things would point you to… present levels as being sustainable.”

Sustainable or not, the current level is very real and very suffocating. The RBA and Stevens look as powerless as the politicians at the moment.

Abbott and Hockey might pray that the dollar doesn’t get back to the levels it hit in 2011. They might have to ask Swan for some tips on managing a budget when the Aussie is at US$1.10, not US$0.96.

During the past three years, it seemed that every man and his dog thought the Coalition were better economic managers than the then Labor government.
Well it looks like the former will have a chance in the not too distant future to prove the punters correct. My guess is they will be found not equal to the task. Unless, of course, they adopt the same pathway as that taken by the Labor government! So, how are they going to spin that little gem!!
More importantly, how many voters are going to believe them this time??!! Hopefully, those in the media will not let them get away with their usual cr+p a second time.

The current government is in deeper doo doo that the former party if only for the fact they have tied themselves into to “mandates” to get rid of the Carbon tax (but still pay the rebates) and get rid of the Mining tax (which economists admit would now start to gain income for the feds.
That, with Abbott’s largesse to pregnant lawyers and paying back major polluters for destroying the environment and this looks like an absolute disaster waiting to be inflicted upon the poor of the country.
It’s OK, as long as we can pay for politicians to attend bike rides, weddings and property buying trips things can;t be that bad, can they?

“The Howard government of its first two terms responded to a fiscal challenge, and the Asian financial crisis, very effectively”.

Bernard and Glen, while I generally agree with your economic analysis, the above statement is just wrong.

Costello and Howard did not manage the Asian Financial Crisis at all. In fact, they stood there, Costello in particular, like rabbits in the headlights, and did nothing, and it was only by some unexplained miracle that it did not reach our shores.

I challenge you both to lay out any policy settings that were introduced, changed, adjusted or in any way ‘managed’ by the Howard government that you could point to that back up your statement about the Asian Financial crisis. You won’t be able to.

As for the rest of it, yes, I hope that Hockey and Abbott are repeatedly reminded by the MSM press of their ’emergency’.

A bunch of very dull people at the helm. They make Swam look substantial and interesting by comparison.