The Royal Commission into Institutional Responses to Child Sexual Abuse has been told of a paedophile who was hired by the YMCA to work in after-school care. 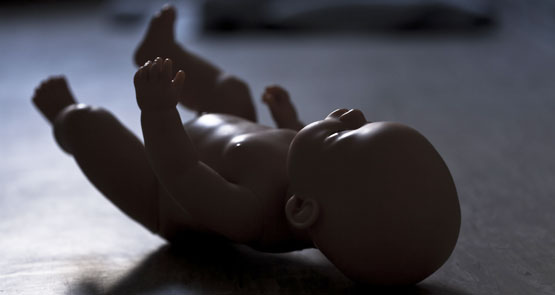 If a 21-year-old man applying for a job involving children said in his resume that he wanted to help children “experience life, love and friendship in an environment where there are no walls and no boundaries”, wouldn’t that raise your suspicions? Wouldn’t the words “love” and “no boundaries” ring at least one alarm bell?

Evidently the good Christian folk of the NSW branch of the YMCA do not have suspicious minds, because soon after reading this on Jonathan Lord’s resume in 2009, they hired him to work at a before- and after-school care service at a southern Sydney primary school.

Lord, who is currently serving a 10-year sentence for child sexual abuse, had just been sacked as a summer camp counsellor in the US for inappropriate behaviour with a child. After being seen coming out of a darkened bathroom with an eight-year-old boy, he was dismissed for breaching camp rules and had to return home.

Evidence about Lord and the YMCA was led yesterday during the second phase of the Royal Commission into Institutional Responses to Child Sexual Abuse, which opened in Sydney yesterday. The current hearing will focus on the YMCA, which is the largest before- and after-school childcare provider in New South Wales.

The royal commission has said that during this two-week phase of the hearings it will be looking at the YMCA’s policies and procedures around the recruitment, training and supervision of staff and the responses of YMCA and police to allegations of sexual abuse of children in the care of the YMCA.

The “Y”, created in 1844 in London to keep young people out of pubs, is a large not-for-profit group that focuses on healthy activities for children, mainly exercise and sport. In NSW alone, the group has 11,000 children in its care, in 98 facilities that employ 500 staff.

Yesterday’s evidence about Lord sends shivers down the spine of any parent who has left a child in after-school care. There were a few occasions when he could and should have been caught out, but negligent oversight by colleagues and bosses allowed him to keep his job. The commission heard that in 2011, a colleague observed that the screensaver photo on Lord’s phone was that of an eight-year-old boy in his care. Another employee knew that he had been babysitting a child from the centre, in itself a breach of the YMCA’s rules. When asked about the child, Lord said, “Yeah, I love him”.

In sentencing Lord in January this year, Judge Michael King said: “The offender’s conduct overall demonstrates that he can be regarded as a predatory paedophile. The court is of the view the offender deliberately obtained work with the YMCA … because of the realisation of the opportunities that it would provide him to engage in his perverse sexual inclination to offend.”

YMCA chief executive Phillip Hare said: “We’ve never had this happen before, we never tried to cover it up, immediately we found out we stood him down and co-operated fully with the police.”

Justice Peter McClellan AM told the inquiry the royal commission had now heard the stories of 588 people in private sessions. “An additional 513 people have been scheduled for a private session,” he said.

Although much of the media attention has been on the crimes committed by offenders, the real purpose of the royal commission is not to conduct witch-hunts and re-try cases that have been before the courts.

It was set up to provide victims, many of whom have never before spoken of their experiences, a forum in which to talk. It is also examining the processes and procedures within institutions that allowed the abuse of children to take place. Another area is the institutional responses to allegations of abuse, in particular at whether the people in charge tried to cover it up or report it to the police, and if so, whether they co-operated fully with  authorities.

A separate arm of the commission is also working closely with experts to try to learn from past errors and devise various systems to prevent abusive behaviours in the future. The reasoning is that if institutions can be given a set of clear-cut guidelines to follow when they are hiring and managing people who work with children, then harm will be minimised. This, along with the reactions of the victims, who are interviewed by trained counsellors and offered ongoing support, will be the lasting legacy of the commission.

When she stood down as prime minister, Julia Gillard pointed to this royal commission as one of the achievements of which she was most proud. It is too early to say whether this inquiry will lead to lasting change. But if the response of the YMCA is any indication, parents of children in its care are already breathing a little easier.

The inquiry, which is continuing today, is expected to run for up to two weeks.

I must say I am impressed with the CEO’s response to the issues raised in the Royal Commission. He acknowledged that there were problems and didn’t (from what I heard on the ABC) try and duck and weave the hard questions that were asked. The individual who is now hopefully doing some hard time in a NSW jail should never have been employed by the YMCA or any other similar organisation. The Catholic Church would be well advised to look closely at the YMCA CEO response. They made some serious and tragic mistakes… they f***ed up big time but they admit that unlike the odious hierarchy of one of the most corrupt institutions on the planet… the Catholic church.