Uruguay has a novel approach to drugs, and no one wants to do anything about climate change. Plus other political snippets noted along the way.

Marijuana for $1 a gram. In Australia governments continue with their ridiculous no-tolerance, get-tough-on-drugs policies. Uruguay is taking a more enlightened approach. According to El Mundo (in Spanish, but you can follow the Google translation easily enough), everyone will be able to legally buy up to 40 grams of  marijuana (1.41 ounces) per month, starting in the second half of 2014. And there will be no need to worry about the quality. The product is being grown by a state-owned corporation. 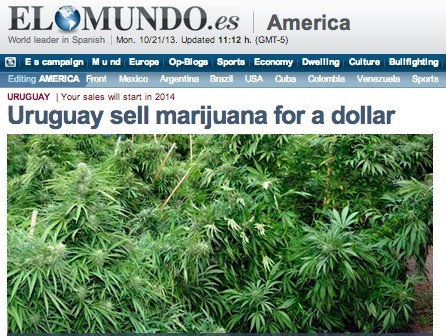 The secretary general of the National Drug Board Uruguay, Julio Calzada, told the newspaper that the price of $1 a gram was set so the government could “compete” with drug traffickers, from whom the government hopes to snatch the market.

“‘The illegal market is very risky and poor quality, contrary to what the state will provide,’ Calzada said, explaining that a gram of marijuana you can roll a cigarette thick or two or three finest. Vaporization or inclusion in foods such as brownies, are alternative ways of using marijuana will be announced by the regulator, in this case the state.

“Currently in Uruguay marijuana acquired on the black market is worth $1.50 a gram, and an estimated 120,000 people in Uruguay use marijuana at least once a year. Regarding the price, set as a way to compete with drug traffickers while ensuring that insurance will be available in places.”

Users of the government marijuana will have to register in a database, which will not be made public, and will be able to purchase up to 40 grams per month.

Less of the better future. When the debate turns to global warming the argument invariably turns to the kind of world that will be left for future generations. Most people I know will nod in agreement that it is important for our children and grandchildren not to destroy things. But when it gets down to actually taking steps necessary to preserve the future, enthusiasm tends to wane.

A study published this week in the journal Nature Climate Change mkes just that point. Its authors reveal that groups co-operate less for climate change mitigation when the rewards of co-operation lie in the future, especially if they stretch into future generations.

“Researchers at UBC and two Max Planck Institutes in Germany gave study participants 40 Euros each to invest, as a group of six, towards climate change actions. If participants co-operated to pool together 120 Euros for climate change, returns on their investment, in the form of 45 additional Euros each, were promised one day later, seven weeks later, or were invested in planting oak trees, and thus would lead to climate benefits several decades down the road — but not personally to the participants. Although many individuals invested initially in the long-term investment designed to simulate benefits to future generations, none of the groups achieved the target.

“‘We learned from this experiment that even groups gravitate towards instant gratification,’ says [Christoph] Hauert, an expert in game theory, the study of strategic decision-making.”

More Jennifers than anyone else. Blame it on that Ali MacGraw-Ryan O’Neal film of Love Story. It was 1970, when mass audiences were sobbing to the tragic tale of Jennifer Cavilleri and Oliver Barrett IV, based on the first Erich Segal novel, that the name Jennifer burst to the top of the most popular female names list in the United States. And the figures from the Social Security Administration show it then absolutely dominated America for a decade-and-a-half.

Last year Sophia dominated, and you can check on other years here. 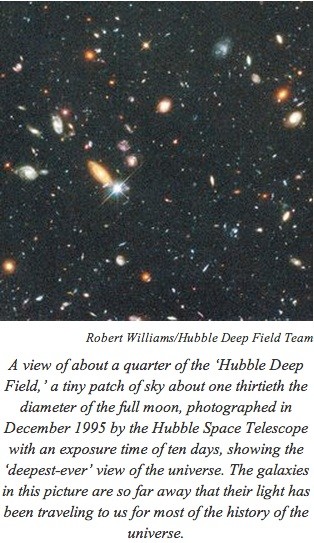