Remember the rumours that Business Spectator and The Australian are set to share digs? It's been kiboshed -- apparently The Oz doesn't like it. Plus other media tidbits.

Australian/Business Spectator sharehouse scratched. Heard about the plans for a Biz Spec/Oz Melbourne sharehouse of sorts? They’ve been scratched. We’re not sure why, though Crikey hears the decision to not share is coming from The Oz‘s end — Alan Kohler et al were keen to pursue the original plans for Biz Spec, Eureka Report and the cavalcade of custom-publishing titles to snuggle up on level five at the HWT tower with The Oz‘s Melbourne bureau, currently housed on level two of Southbank’s adjacent IBM tower.

But after a News-led kibosh, Kohler’s crew is now moving into HWT tower on a floor that currently houses admin and payroll. Perhaps the gentle click-clack of calculators suits what is possibly Australia’s quietest newsroom. And moles further report Biz Spec is proposing a budget kind of hotdesking — all staff will be issued with laptops and allocated desks that are arranged in rows to suit Biz Spec‘s formal feel. While there are no plans for The Oz‘s Melbourne team to up sticks, Biz Spec staff are indeed moving over the river from their Swann House digs in late November, once offices for executives and senior editors are installed. — Andrew Crook

Google’s dark side. A new UN Women ad campaign that uses Google’s suggested search function to highlight sexism (see them here) has gained major traction online. The campaign shows the most popular search terms based on phrases beginning with words like “women shouldn’t …” and “women need to …”. 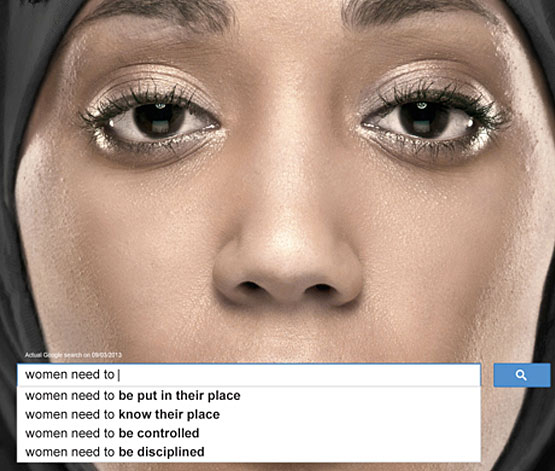 The suggested searches in the campaigns are taken from real searches performed earlier this year, but several factors can alter Google-suggested searches, including geographic location, query volume and relevance. A search in Melbourne will turn up different suggestions than one in Iran or Japan.

Google is pretty coy about how its suggested-search function works, not wanting to give people enough information to “game the system”, but it finds key words and popular search terms in a particular area to tailor suggestion. It also picks up on the prevalence of terms at particular times, for example topics in the news. “If something is in the news, especially in news headlines, and it’s popular, it’s in lots of sources, and it’s getting search volume, then it’s probably going to make its way into search suggest,” says SEO Moz’s Rand Fishkin. So you might find you get different answers to the UN campaign when you type in the start of the search phrase in question. — Crikey intern Natalie Tencic

WikiFlop: why? Hollywood is buzzing today as The Fifth Estate, the first scripted Julian Assange biopic to come off the Hollywood production line, proved an absolute box office dud. So what went wrong? Certainly Disney did not skimp on promoting the Benedict Cumberbatch movie. In the US, it was impossible to ignore the barrage of TV commercials hawking the film. The Fifth Estate also piqued the interest of the highbrow media read by its target audience in the lead-up. But for a US public exhausted by months of tedious political events, the timing was poor.

Most Americans don’t quite trust Assange, and he is not deemed a sympathetic figure. Despite WikiLeaks’ notoriety, in many parts of the country, particularly the “red states”, there is apathy and/or no interest. Even those who value WikiLeaks don’t necessarily like Assange.

Then there is the juggernaut that is the 3D space film Gravity. Three weeks into its blockbuster run it is dominating cinema traffic, and will continue to do so. Assange’s story is undoubtedly a great yarn, but it’s a complicated one to put to screen. And one uncomplicated reality when it comes to The Fifth Estate is that the film itself is just not very good. According to Palace Cinemas, the film is scheduled to open in Australia on November 14. — Andrew Murfett

He said, she said. We were left in need of a cup of coffee and a good subeditor when reading the front page of The Daily Telegraph this morning. We think maybe someone needs to dust off that grammar textbook — we recommend a close reading of the chapters on subjects, objects and subordinate clauses. Is it time to resurrect Crikey’s pedants’ corner?

Collaborative cartooning. Fairfax cartoonist David Pope lent a hand to News counterpart Bill Leak last week in adding a panel to Leak’s cartoon. The first two panels are Leak’s, the third Pope’s. Pope apparently thought there was more to be said about just what Tony Abbott was doing with that fire hose.

Video of the day. Speaking of lending a hand, Australian cricket team captain Michael Clarke is helping out James Packer with his proposed luxury casino in Sri Lanka. Clarke is an “education ambassador” (aka hired hack) for Crown Sri Lanka, which so far means shilling the training opportunities and jobs the new casino and hotel would provide, if it goes ahead. 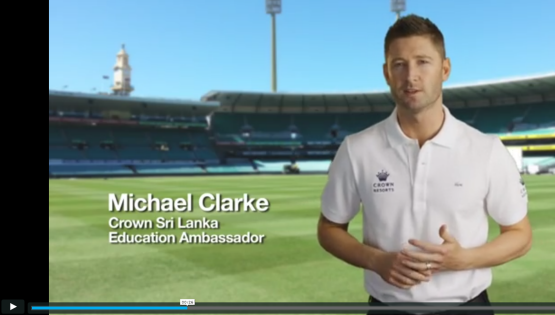 Poor Sri Lanka, that’s a seriously awful piece of sellout spruiking from Michael Clarke. The last thing they need is a foreign owned casino sucking money out of the local economy.