The National Security Agency is inflicting damage on both US businesses and US foreign policy as the extent of global surveillance becomes apparent. 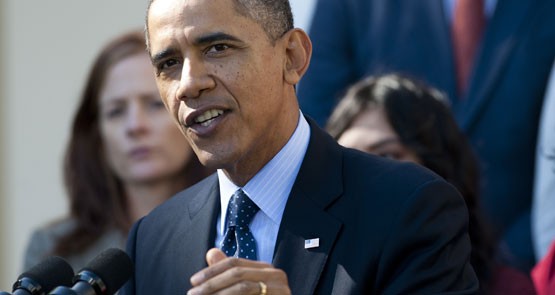 Barack Obama’s surveillance state is bad for both business and US foreign policy, it seems.

Overnight, the French government summoned the US ambassador to explain revelations in Le Monde, based on material provided by whistleblower Edward Snowden, that the US National Security Agency recorded over 70 million phone calls in France between business leaders, politicians and the French government. President François Hollande spoke directly to Obama to express his “deep disapproval”, which prompted this extraordinary statement from the White House:

“The President and President Hollande discussed recent disclosures in the press — some of which have distorted our activities and some of which raise legitimate questions for our friends and allies about how these capabilities are employed. The President made clear that the United States has begun to review the way that we gather intelligence, so that we properly balance the legitimate security concerns of our citizens and allies with the privacy concerns that all people share. The two Presidents agreed that we should continue to discuss these issues in diplomatic channels moving forward.”

France is the most recent country to express serious concerns about being the victim of NSA surveillance. Brazilian president Dilma Rousseff, who was directly targeted by NSA surveillance, cancelled a planned meeting with Obama (originally scheduled for tomorrow) and excoriated US spying in a speech to the UN, promising to establish systems to protect against NSA surveillance, including forcing companies operating in Brazil to retain information on Brazilian soil.

US Vice President Joe Biden has also had to soothe ruffled feathers in the Mexican government after the revelation that the current president, Pena Nieto, was spied on before he was elected. It’s since been revealed the NSA also hacked into former president Felipe Calderon’s email.

This is only the start of a long list of NSA diplomatic targets, which includes the UN, the European Union, the Organisation of American States and the International Atomic Energy Agency. And that’s before you get to the companies, such as Brazil’s Petrobras, that the NSA has spied on; its French operations are almost certainly partly motivated by the intense rivalry between French and US weapons manufacturers for foreign sales.

Le Monde also provided a key to the NSA’s categorisation of countries it spies on. France forms part of the “third circle” of countries along with Germany (where Angela Merkel has been damaged by her unwillingness to criticise NSA surveillance in Germany), Austria, Poland and Belgium.

Australia, along with its “five eyes” counterparts UK, New Zealand and Canada (the US is the fifth member) are “second party” countries. “First parties” are US intelligence agencies. Le Monde also illustrated the sheer scale of NSA surveillance, noting “between 8 February and 8 March 2013, the NSA collected, throughout the world, 124.8 billion telephone data items and 97.1 billion computer data items”.

Meantime, US companies are discovering that being partners, willing or otherwise, in the NSA’s global surveillance system is an ideal way to corrode trust. Non-US companies are now less likely to use US-based cloud providers; one estimate suggested the cost to US businesses might be between $20 and $30 billion, although some companies claim no impact so far. Another estimate of the overall impact on the US tech industry was a cost of $180 billion as users abandon American services out of fear the NSA can see everything they do.

At a session on surveillance at the Adelaide Festival of Ideas on the weekend, ANU’s Professor Brian Schmidt and Professor Paul Davies spoke about meeting with top Google executives and Google’s deep worry that the lack of trust engendered by the Snowden revelations could inflict significant damage on their business model. Google is said to be considering establishing territorial companies in its major markets that would house data from users in those countries within that country, restricting the capacity of the US government to access the data under US law (but, of course, enhancing the capacity of the governments of those countries to access it).

Oh that pesky whistle-blower Edward Snowden, Now look what problems he has caused for that pernicious US government.

No wonder they’re trying to move heaven, earth and public opinion to shut down Snowden – imagine what damage the truth about what “the land of the free” really does to it’s allies, when those revelations grow bigger?

“Intelligence” is fine – ’til those who think they have too much get hold of it?

It’s Karma, but on a massive personal/corporate/national scale as the US slowly disintegrates. So shall you plant, so shall you reap.

There will of course be a replacement in the vacuum, but that’s a matter for another time.

All those tax dollars and good will wasted on the sort of people politicians appoint to look after “the national interest” – as if it’s in “the free world’s” own good – who’s own interests override everyone else’s?
[Reckon “Flagpole Sitter” would be their favourite song?]