With the Philippines’ economy booming, who cares about pork?

Philippine President Benigno S. Aquino III has taken a stand against corruption and has drastically improved the economy. Could he be impeached over pork barrelling? Ronald D. Holmes, an assistant professor of political science at De La Salle University, Manila, reports. 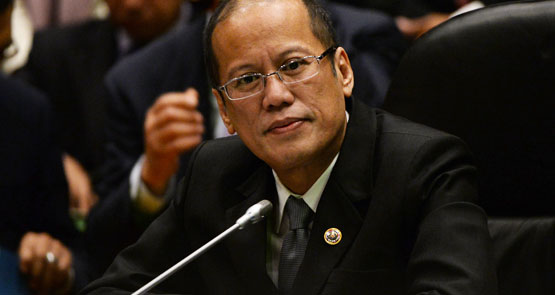 “Go ahead, impeach me,” yelled the headline of a major daily in the Philippines earlier this month, encapsulating President Benigno S. Aquino III’s challenge to critics threatening to file an impeachment complaint against him. Opponents of the president — who came to office with the nickname of Noynoy but is now popularly known as “PNoy” (short for President Noynoy) — allege that he exceeded his powers by channelling savings from the government’s budget to other programs through what is known as the Disbursement Acceleration Program. For these critics, the president’s challenge was a sign of arrogance; for his supporters, he is justifiably confident that any attempt to oust him won’t succeed.

PNoy’s confidence is probably not misplaced. Despite a longstanding controversy about a scam that took advantage of a pork-barrelling mechanism called the Priority Development Assistance Fund, or PDAF, and recent questions about the constitutionality of the disbursement funds, PNoy has performed creditably during the first half of his first term as president.

The Philippine economy has strengthened, posting sustained growth in every quarter since PNoy won power — so much so that the country is now considered one of Asia’s investment bright spots by international financial institutions and economists. Annual GDP growth rates reached a high of 7.5% in the second quarter of 2013 after four quarters of annualised growth above 6%. That second-quarter performance made the Philippines the fastest-growing economy in south-east Asia and put it on par with China. For 2013 as whole, international financial institutions expect close to 7% GDP growth, tapering to a respectable 6% in 2014.

Despite the pace of growth, PNoy’s administration has succeeded keeping inflation at bay. Year-on-year, inflation in September 2013 was lower, at 2.7%, than last year’s 3.8%. In a country where prices of basic commodities are considered an urgent national concern, keeping down inflation has allowed the administration in general, and PNoy in particular, to retain high approval ratings. Business also remains upbeat. In its business confidence report, the Bangko Sentral ng Pilipinas (Central Bank of the Philippines) notes that business sentiment remained favourable in the third quarter of 2013 and that businesses were even more bullish about the prospects for the last quarter of this year, with 60% of those surveyed expecting considerable growth.

Reflecting the economy’s performance, the three main credit ratings agencies — Fitch Ratings, Standard and Poor’s, and Moody’s — have given the country its first investment-grade scores since the Philippines was first rated two decades ago. In the 2013-14 report of the Global Competitiveness Index the country moved up from 75th (out of 142 countries) in 2011 to 59th (out of 148), and the health of its institutions has improved markedly, according to the report, as a result of the administration’s decision to make “the fight against corruption an absolute priority”.

Acting on the first part of his campaign slogan, “If no one is corrupt, no one will be poor,” PNoy launched an offensive against corruption on his first day in office, railing against the abuses of the past and vowing to pursue a tuwid na daan (straight path). His first executive order called for the establishment of a Philippine Truth Commission, which would seek out, investigate and assess “reports of graft and corruption of such scale and magnitude that shock and offend the moral and ethical sensibilities of the people”.

Although the Supreme Court declared the order unconstitutional, the administration wasn’t deterred from going after the big fish. Ombudsman Merceditas Gutierrez and chief justice Renato Corona — both closely linked to former president Gloria Macapagal Arroyo — were subject to impeachment proceedings initiated by PNoy’s allies in Congress. Gutierrez was impeached by the lower house in September 2010 on charges that she was “alarmingly and unjustifiably passive in taking on prominent issues involving corruption and malfeasance at the highest levels of government”. She was able to delay her trial by appealing to the Supreme Court, but her impeachment was confirmed in February 2011. Before she could be tried by the Philippine Senate, which is constitutionally mandated to act as the impeachment court, she tendered her resignation.

Arroyo’s decision to appoint Renato Corona as chief justice late in her presidency drew PNoy’s ire during the presidential campaign in early 2010. PNoy departed from the custom of having the chief justice swear a new president into office by requesting to be sworn in by a village chief from his home town, although he subsequently agreed to have the oath administered by a senior associate justice of the High Court. After the Supreme Court’s rejection of his first executive order, and of a restraining order designed to stop former Arroyo from leaving the country (purportedly to seek medical treatment), PNoy rallied his supporters in the lower house to impeach the chief justice. Corona was removed by the Senate in May 2012.

For her part, Gloria Arroyo is currently the subject of three cases filed by the administration — the first over her alleged role in manipulating the results of the 2007 Senate elections, and the remaining cases relating to misuse of government funds.

PNoy has also directed government agencies to make their transactions more transparent. All national agencies must make information about their projects available online, and all businesses seeking government contracts must be accredited via a new electronic procurement system. At the subnational level, the Department of Interior and Local Government now requires all local government units to make public their budgets, projects and expenditures. Compliance with this full disclosure policy is a prerequisite for a “seal of good housekeeping” from the department, which entitles a unit to apply to the Performance Challenge Fund for additional funding for climate change adaptation and economic development projects.